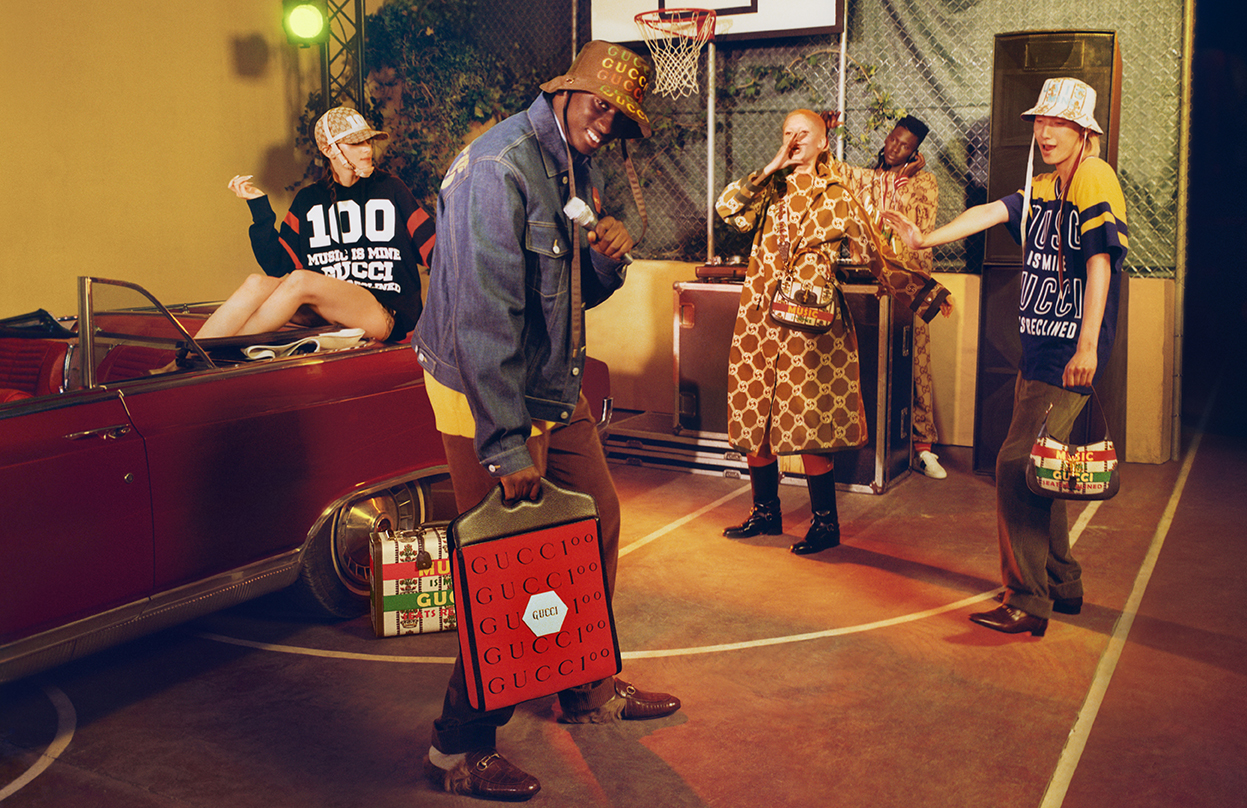 Gucci 100 celebrates the universal language of fashion and music

Conceived as a tribute to celebrate the centennial of the Maison, Gucci 100 manifests a deep connection between two omnipresent languages — fashion as an expression of personal identity and music that recalls a collective memory.

The House of Gucci celebrates 100 years. In the eyes of creative director Alessandro Michele, the centennial represents an opportunity to bear witness to Gucci’s eternal vitality that year after year, is reborn.

“It renews itself, reestablishing an unusual relationship with contemporaneity as a boy, forever young, observing the world with a powerful vision,” Michele underscores. “I recognised the manifestation of its youth in its having intercepted and traversed, for one hundred years now, popular culture in all its forms. Above all, in music: the only medium, aside from fashion, more reactive to the times that mutate and mark the new, the today, the now.”

With the two universal languages of fashion and music coming together as one, the Gucci 100 collection takes cues from songs that carried the word ‘Gucci’ — all 22,705 times reflected since 1921 to date. Ready-to-wear pieces and accessories fashion the Gucci 100 logo, which utilises the ‘I’ of G-U-C-C-I, with added ’00’ to make up the ‘100’; a unique twist to commemorate its centennial year.

Selected pieces are festooned with verses from three songs selected by Michele from among the countless tracks that mention the brand. The lines include “Music is Mine Gucci Seats Reclined” from the song “The R” by Eric B. & Rakim (1988); “This One’s Dedicated To All You Gucci Bag Carriers Out There It’s Called You Got Good Taste” from “You Got Good Taste” by rock band The Cramps (1983); and “And The Men Notice You With Your Gucci Bag Crew” from Amy Winehouse’s “Fuck Me Pumps” (2003).

Like the vivacious music, the collection is bright and bold in colour with joyous leitmotifs celebrating the evolution of sounds and harmonies, combined with Gucci’s unmistakable codes. We’d let the music do the talking with the Gucci 100 video below.

(All images courtesy of Gucci)

Fashion Gucci Music Gucci 100 Gucci Centennial
Martin Teo
Editor
Martin has a bent for history and food culture, especially of the Peranakan heritage. Since the pandemic, he finds joy in plant parenting and continues to expand his collection of Philodendrons, Anthuriums, and Syngoniums. He's now on a lookout for the elusive Philodendron Florida Beauty to add to his urban garden.
Dining Living Home