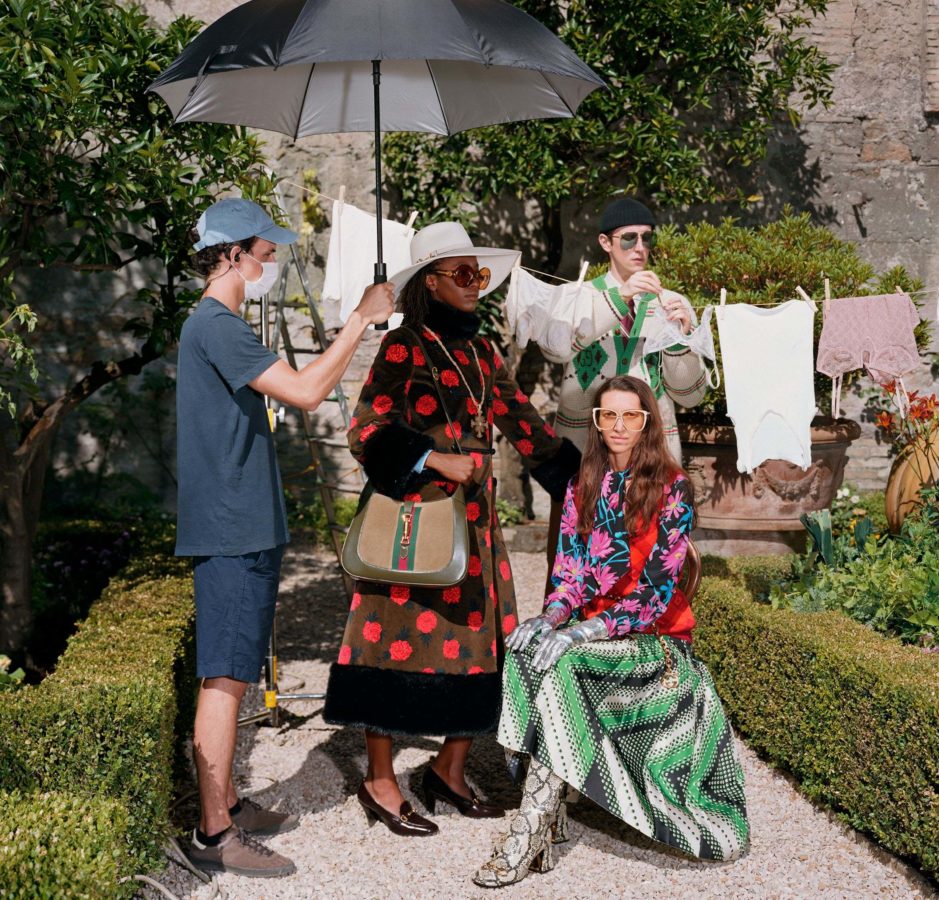 The Gucci Epilogue collection marks a close in the year’s fashion collections.

There’s no denying that Gucci’s creative director Alessandro Michele does things differently. While his designs have steered the maison in a direction that resonates the zeitgeist, the ideas and thoughts behind them showcase an approach that undoubtedly supports relevant causes in an era of transparency and accountability. The brand’s latest campaign, Epilogue, is no different.

In the wee hours of Sunday morning, people who logged in to watch Billie Eilish’s ticketed, live-streamed online concert, Where Do We Go, were treated to a different kind of pre-opening. The unveiling of Gucci’s campaign, called Epilogue. Then appeared Billie Eilish on the screen, dressed in lightly sequinned Gucci shorts and T-shirt.

Patrons and followers of Gucci will remember that back in July, the brand had done a trailblazing live stream of what goes behind creating a Gucci collection. It was 12-hours long, and showcased what went on behind the scenes — the Gucci design team went about their work while also taking on the role of models showcasing the designs. The new Epilogue campaign is that day come to fruition. 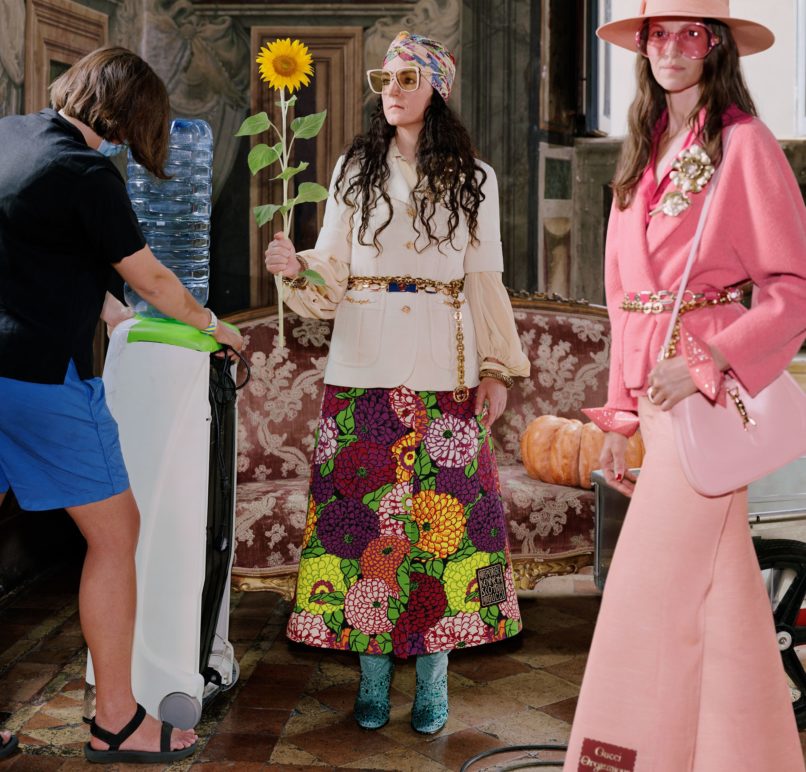 The campaign is shot by Alec Soth, and the film by Damiano and Fabio D’Innocenzo. It is set in two contrasting Roman locations — the grand Palazzo Sacchetti, and the graffiti-covered Campo Boario area. The images and video show the Gucci design team in easy pieces including shirtdresses, frocks, skirts, sweaters, and gowns. Florals are a highlight, as are prints, separates in upholstery fabrics, and bug-eyed glasses. The light and peppy video show the staff/models going about regular household chores, bringing into focus a narrative that juxtaposes fashion’s imagery against reality, with a masked crew equally in focus.

“I brought together different things, which represent the messy beauty that I have always sought: The chaos of beauty,” says Michele. “What happens to the relation between reality and fiction when prying eyes sneak into the mechanisms of the production of an image? What happens to fashion, when the truth goes back to being just a moment of the false? Breaking the spell that forces my collaborators to passionately work on clothes they later have to abandon, I asked the team to wear them.”

Epilogue is also the culmination of a three-part look that questions the role that fashion plays today. In February, through the show An Unrepeatable Ritual, held at the Gucci Hub, Michele brought the backstage preparations of his show to the centre stage for all to see. In May, The Ritual campaign unveiled during the lockdown, had models, dressed in Gucci, shoot their own images and video clips. Epilogue continues in the same vein, subverting fashion’s often alienating power to something more real and identifiable.

Fashion Style Gucci fashion campaign Gucci Epilogue
Lifestyle Asia
Here's where you can read the latest news and stories from Lifestyle Asia, curated from all of our editions in Hong Kong, Singapore, Kuala Lumpur, Bangkok, India and Paris.
Luxury