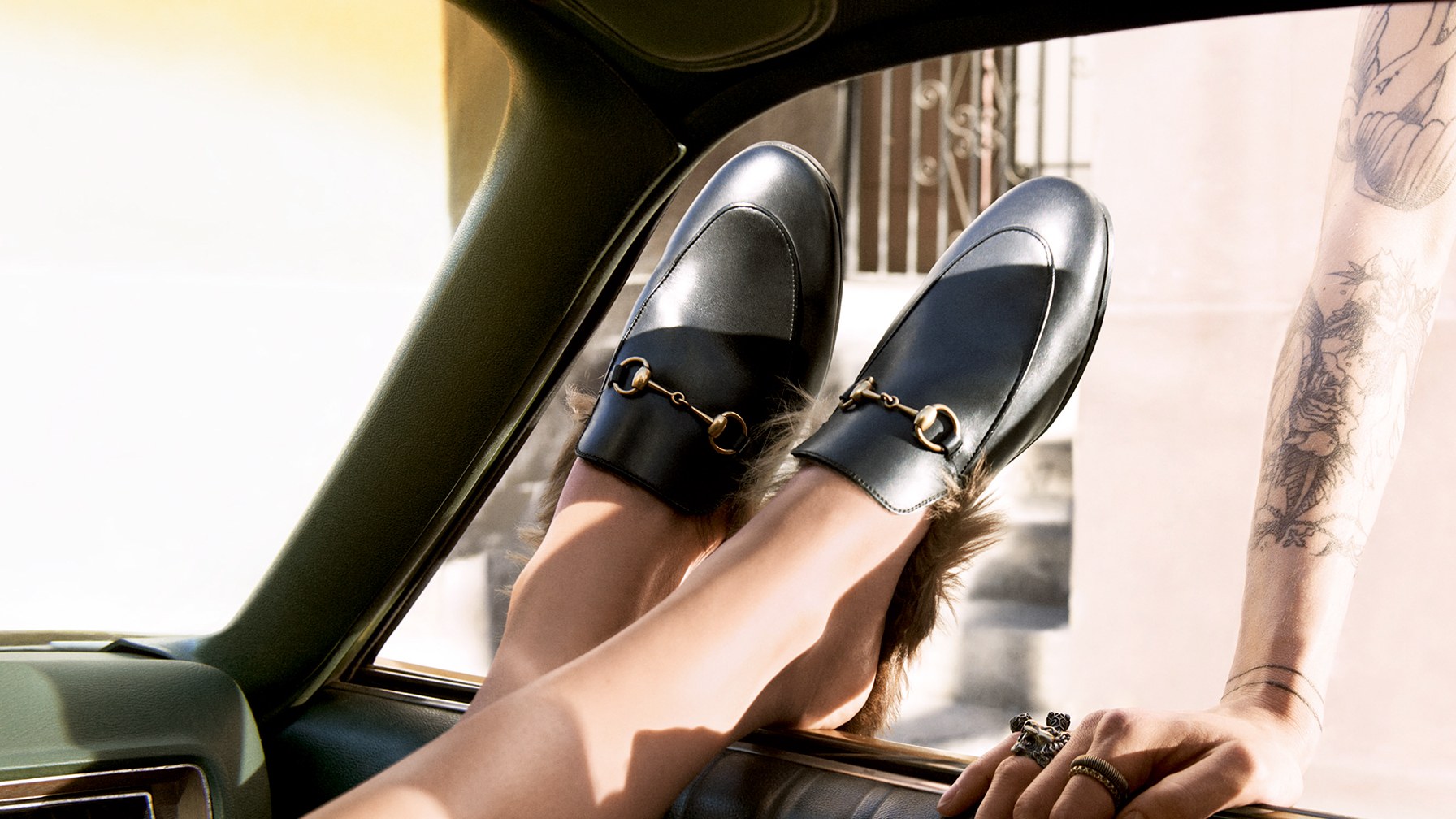 Gucci goes fur-free. Could it change the fashion world?

Style
Gucci goes fur-free. Could it change the fashion world?
Share this article
Next article

Last week, Gucci President and CEO Marco Bizzarri released a statement that few thought they would hear: the label is going fur-free starting from their Spring/Summer 2018 collection. The fashion world went ballistic. This is after all, the Italian fashion juggernaut helmed by creative director Alessandro Michele who sent the world into a tizzy when he debuted with kangaroo fur-lined loafers, now given a cult-like status.

Indeed, since Michele took over in January 2015, his designs have turned the fortunes of a formerly ailing fashion house, increasing revenue up 48.3 percent in the first quarter of 2017 to £1.35billion (RM7.5billion), its highest increase in 20 years. His vintage-inspired and at times androgynous aesthetics have earned him praise and worn by the likes of Rihanna, Kendall Jenner and Rosie Huntington-Whiteley.

Yet some of his most notable pieces involved fur. Those kangaroo fur-lined loafers are just one example from a brand whose historical collections include seal-fur boots and garments made of coyote, fox and mink.

It seems the fashion label is willing to take huge risks in terms of sales earned from their fur products – an industry that in itself is estimated to be worth a whopping £30.2billion (RM168.6billion) a year. Fur-loving clients who won’t have the chance of getting the plush fabric from Gucci may just move over to Versace, FENDI or Louis Vuitton.

“I don’t think [using fur] is still modern and that’s the reason why we decided not to do that,” Bizzari explained to The Telegraph. “It’s little bit outdated. Creativity can jump in many different directions instead of using furs.”

As shocking as the news is, Gucci isn’t alone in taking such a stand. The Italian label is the latest in a string of luxury fashion houses that have pledged to go fur free in recent years. This includes the likes of Armani, Calvin Klein, Bottega Veneta, Stella McCartney, and Vivienne Westwood.

This was by no means a sudden decision and Bizzarri revealed during the conference that it has been in discussion for months. “Technology is now available that means you don’t need to use fur. The alternatives are luxurious. There is just no need,” Mr. Bizzarri told Vogue.

Synthetic fibers are used in the production of faux fur. It gives the designer complete control on the faux fur’s finishing. Silk, wool and mohair is sometimes added to enhance the feel of faux fur and then it goes through a processing method where it is dyed and cut to match specific fur texture and colour.

Could Gucci have made its decision by caving under under market pressure? PETA for instance has been pressuring them to drop fur for at least two decades.

Notably, these developments come on the back of numerous controversies and a market that’s becoming increasingly confident on taking a stand on social issues. Slogan t-shirts for instance, are a big thing now in the age of Donald Trump, where wearers proudly proclaim their stand.

And let’s not forget the global witchhunt for dentist Walter Palmer who shot Cecil, a lion in Zimbabwe tracked by the University of Oxford for sport as well as the controversial killing of Harambe in the Cincinnati Zoo. These incidents may not have had a bearing on Gucci’s decision, but it marked a pronounced modern consciousness for animal rights.

While this may give animal rights activists and conservationists one more reason to cheer, the work is far from done. The fashion house made no similar mentions towards the use of leather or other animal-derived skins for its fashion line. The fur-free stance is also limited only to Gucci, rather than its parent conglomerate Kering – which in fact, acquired a python farm in Thailand in January this year.

Still, Bizzarri hopes that other high-profile brands will follow suit. “Being socially responsible is one of Gucci’s core values, and we will continue to strive to do better for the environment and animals,” he said in the conference. “Gucci is excited to take this next step and hopes it will help inspire innovation and raise awareness, changing the luxury fashion industry for the better.”

It might be early days yet to signal the death knell for the fur industry but the public pronouncement from a very visible brand just brought the cause one step further.

Fashion Gucci Luxury Coats runway alessandro michele Fur mules Gucci Cruise vogue luxury brand fur-free peta marco bizzarri shoe gucci cruise 2017 hsus lav
Jolin Lee
Contributor
Unlike most modern-day millennials, Jolin does not need caffeine or alcohol to power through the day (and night). Her eye for beauty is as sharp as her eyeliner flick, and she can spot your unblended eye makeup from a mile away.
Beauty Fashion Style Jewellery