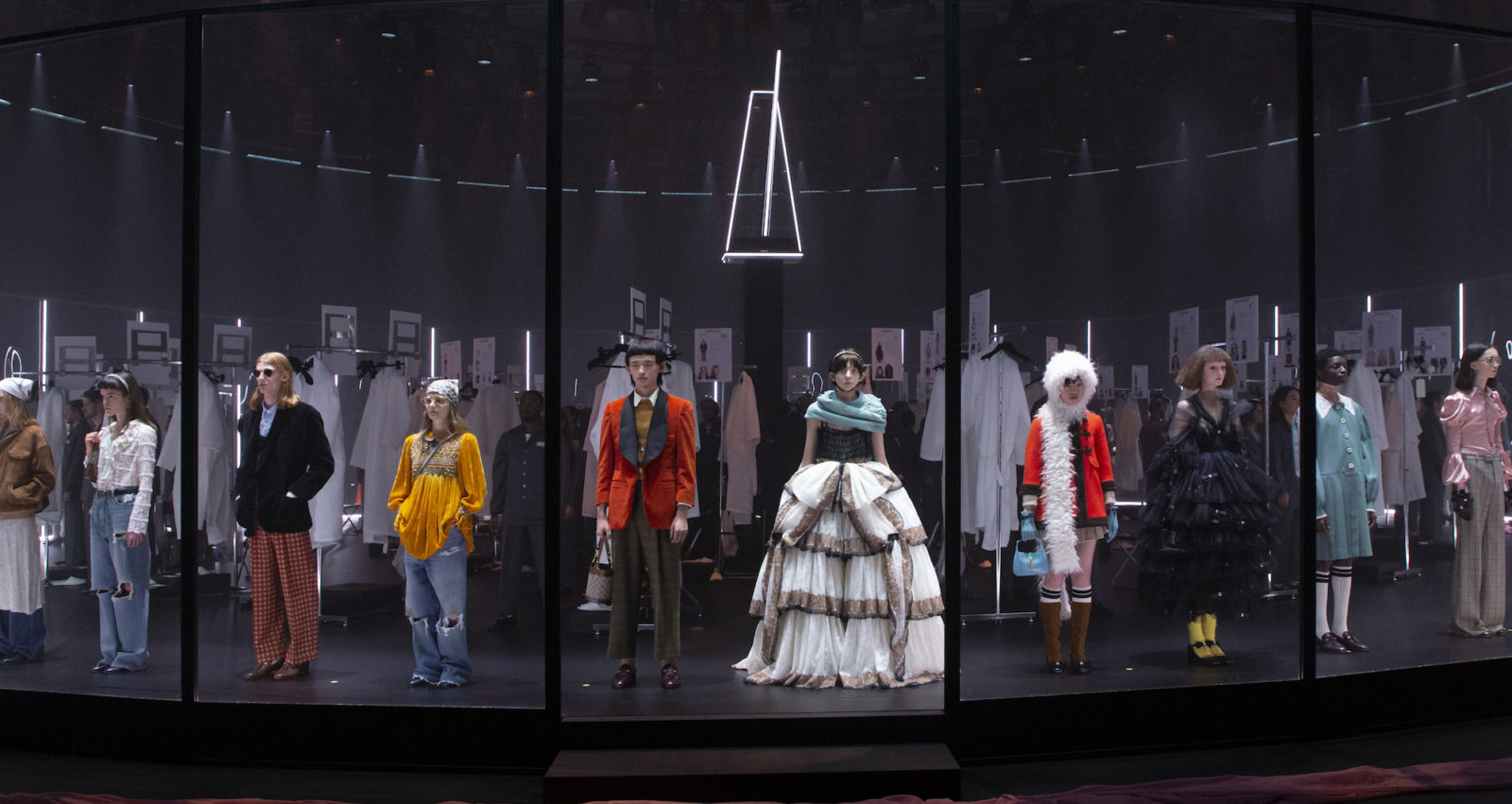 The future of fashion is changing its courses, and Gucci is part of it.

With a post on Instagram, Gucci creative director Alessandro Michele has announced a new rhythm for the presentation of the fashion house’s future collections. The goal is to embark on a path that diverges from the frenetic schedule of the fashion calendar, which will involve sharing chapters in a new creative story that are “irregular, joyful and absolutely free.”

Following in the footsteps of, among others, Saint Laurent and Valentino, Gucci has announced that it will also reduce the schedule for its future ready-to-wear shows. The designer at the helm of the fashion house, Alessandro Michele, announced the news in a long Instagram post, which took the form of a diary written during the lockdown imposed to counter the COVID-19 pandemic.

Begun on March 29 and ending on May 16, the text was completed in a little more than six weeks. It begins with the Gucci creative director’s reflections on the lessons to be learned from the ongoing health crisis and ends with the announcement of major changes to plans for the presentation of the Italian luxury brand’s future collections.

“In this renewed awareness, I feel the need of a different time, released from other-imposed deadlines that risk to humiliate creativity…. That is why I decided to build a new path, away from deadlines that the industry consolidated and, above all, away from an excessive performativity that today really has no raison d’être,” explains Alessandro Michele.

The Italian designer concludes: “Therefore, I will abandon the worn-out ritual of seasonalities and shows to regain a new cadence, closer to my expressive call. We will meet just twice a year, to share the chapters of a new story.”

At the end of April, Saint Laurent stated that it would no longer participate in future Fashion Weeks, while Valentino and Giorgio Armani also announced that they intended to present their future collections at their own pace.