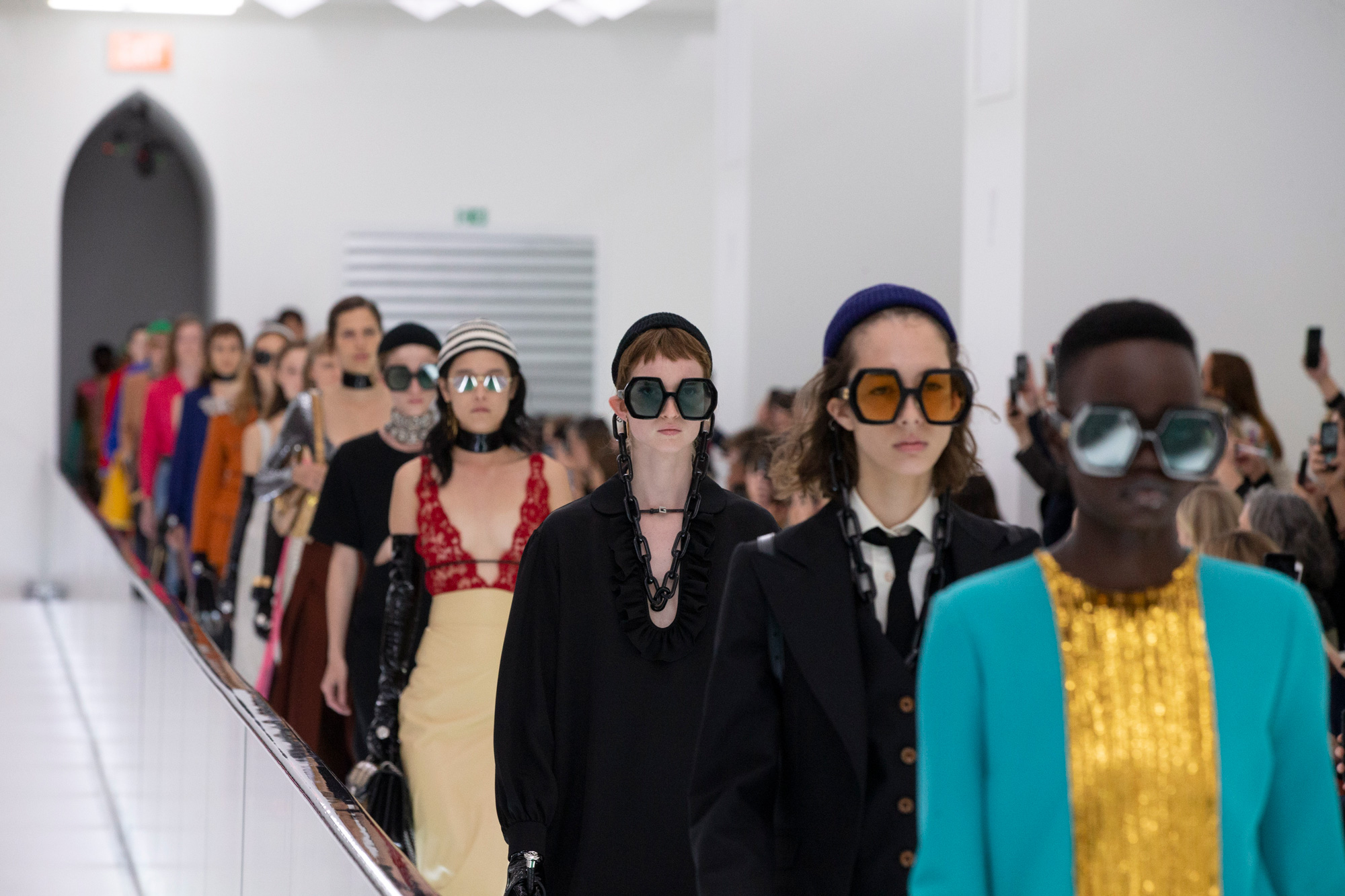 Here are the significant moments from Milan Fashion Week SS20

Just like that, three major fashion events in New York, London and now Milan are finally over. While we anticipate more exciting looks from Paris Fashion Week starting today, we take a look back at some of the best moments coming out from Milan Fashion Week Spring/Summer 2020.

From Gucci’s pledge to be completely sustainable with a runway that eclipses all of its theatrics from past shows to Jennifer Lopez’s surprise appearance for Versace, here are this season’s greatest fashion moment from the fashion capital of Italy.

It was a moment of surrealism as Jennifer Lopez made a surprise appearance at the end of the Versace show wearing a recreation of her iconic jungle dress that she wore to the Grammys back in 2000. The audience, slowly realising what would be a potentially Internet-breaking phenomenon, quickly rose to their feet to capture Lopez and her perfectly-executed catwalk. Fun fact: The original jungle dress generated so many Google searches that eventually led to the creation of Google Images. Yes, a Versace dress was responsible for one of the most used search tools online.

The jungle dress was also the main inspiration behind the entire Versace Spring 2020 collection, with many ensembles bearing a similar tropical motif. While prints were definitely the main motif, there was also many a black dress bearing the Donatella’s signature provocative silhouettes.

The last major show of Milan Fashion Week started off with what might be the most controversial moment of the week. Alessandro Michele sent 21 models down a travelator runway wearing strait jackets, leading to one of the models, Ayesha Tan Jones, staging an unplanned protest midway through with the words “mental health is not fashion” written on her hands.

A Gucci spokesperson said that the straitjackets were just a statement meant for the show, and would not be sold as merchandise in their stores.

Prada never fails to be an elegant showcase of chic styles that will dictate next season’s wardrobe. In a period where designers deign to be sensationalist, Miuccia Prada doubles down on a calm, pretty collection that plays on a Prada woman’s personal style, where a person makes the clothes, rather than the other way around.

A majority of the key looks in this collection feature suits and blazers of a variety of cuts (they’re not all tailored for a skinny fit) that reinforces the ideal that power suiting is not just a trend, it’s the norm.

Unless you were on a social media hiatus for the past month, you would have seen this season’s “It” shoe on every influencer’s feed. The Bottega Veneta Lido Sandal and its intrecciato style is being sold out at almost every boutique worldwide (according to accounts by fashion insiders). It’s no thanks to a combination of designer Daniel Lee’s vision for the brand and a bit of marketing genius.

That’s not all Lee has to offer. The clothes are intimately Euro-chic, accentuating the best of your silhouette with each nip and tuck. Its colours too are reminiscent of grounding, featuring mainly blacks, chocolate browns, orange, gold, and finished off with just a hint of blue.

The next 007 could definitely take a lesson in styling from Max Mara designer Ian Griffiths and his latest collection for the brand. After all, the collection was inspired by Killing Eve showrunner Phoebe Waller-Bridge, who was tapped to liven up the upcoming James Bond film (which is also reportedly going to feature a female Bond).

With a slew of militaristic uniforms in metallic, neutral tones, the grey suits especially stand out as a sort of visual pitch to the costumers involved in Bond 25. It’d be a real shame if Griffiths was not involved in any capacity to ensure the female Bond is as stylish and debonair as that of her predecessors.

Picasso, music and Day of the Dead (Día de los Muertos) anchored the looks that walked Moschino’s runway in a colourful and over-the-top fashion. Comb through pieces that literally looked like Picasso’s paintings and you’d find structured dresses and power suits as the key silhouettes for the brand this season.

Gigi Hadid also walked out in a dreamy cloud-like alternative to a wedding dress with a veil that totally gave away the matrimonial theme. Sequinned appliques in shades of ivory build the structure of the sculptural sleeves while the heels remind you of Asterix — one of many chi-chi moments throughout the show.