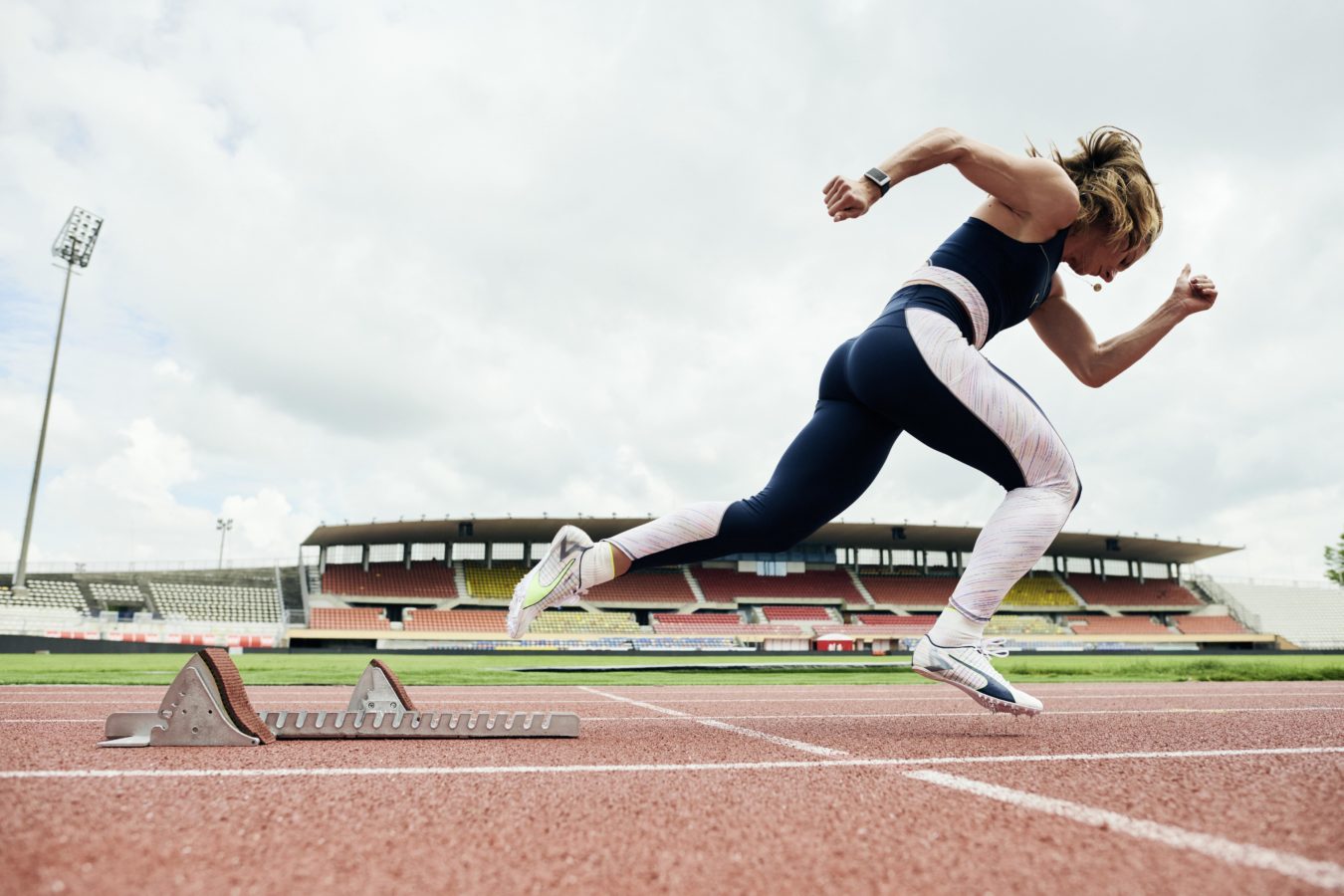 And it is the fastest ever Track & Field spikes.

PUMA is taking it one step further with its latest collaboration with Mercedes AMG Petronas F1 to create the fastest ever Track & Field spikes. Preparing its athletes for glory, the footgear in question — EVOSPEED TOKYO FUTURE FASTER+ and EVOSPEED TOKYO FUTURE NITRO FASTER+ — see a conversation between the best engineers of Mercedes AMG Petronas F1 and PUMA’s best footwear people. Running in one straight line, the two entities combine engineering insights, design expertise, and technological advances to create the best spikes for athletes.

Furthermore, the athletes were also part of the design development. The EVOSPEED TOKYO FUTURE FASTER+ was created together with 400m hurdles World Record Holder Karsten Warholm and his coach. The spike’s upper is infused with carbon fibre threads and its sole has a carbon plate, engineered by Mercedes AMG Petronas, with permanent titanium pins. And you wouldn’t have guessed that the spikes only weigh 135 grams.

“When you sprint, you have a very short amount of contact time with the ground, only one second, so you want the plate to answer very quickly.” – Karsten Warholm

The EVOSPEED TOKYO FUTURE NITRO FASTER+ on the other hand is created in respond to the needs of Canadian 100m and 200m sprinter Andre De Grasse. It includes PUMA’s proprietary NITRO Form in addition to Mercedes AMG Petronas engineered carbon plate for added rebound, weighting at a mere 199 grams.

“It’s actually pretty cool that I actually have the carbon fibre in my spikes that’s going into F1 cars that Lewis Hamilton races in.” – Andre De Grasse

The 26-year-old Andre quips: “The stiffness of the plate is just amazing because I’m able to get off the ground as quickly as possible while having the propulsion forward at the start of the race. These spikes are perfect for my 100m race!”

Ultimately, the FASTER+ program is about creating elite product for our elite athletes to help them excel in their sport. Erin Longin, Global Director Run/Train at PUMA shares: “We believe that together with Mercedes AMG Petronas, we have created unique, innovation-led Track and Field spikes hat will help our athletes run faster, jump farther, and soar higher.”

And this project essentially combines the best of all worlds to help athletes excel in their sport by looking beyond their typical field of play. Like Karsten and Andre, 19-year-old Ukranian high jumper Yaraslava Mahuchikh, 21-year-old Swedish pole vaulter and world record holder Armand “Mondo” Duplantis, and 25-year-old Swiss sprinter Ajla Del Ponte — who will be competing in Tokyo Olympics this month — agree that the birth of these two spikes is very unique and has given them the perfect product to hit another milestone.

The FASTER+ is part of PUMA’s Only See Great campaign that was launched earlier this year, aiming to convey a spirit of optimism, hope and self-belief following a challenging year especially leading up to major sports moments like the upcoming Tokyo 2021 Olympics Games.

Puma Mercedes AMG Petronas tokyo olympics Track and Field
Martin Teo
Editor
Martin has a bent for history and food culture, especially of the Peranakan heritage. Since the pandemic, he finds joy in plant parenting and continues to expand his collection of Philodendrons, Anthuriums, and Syngoniums. He's now on a lookout for the elusive Philodendron Florida Beauty to add to his urban garden.
Dining Living Home