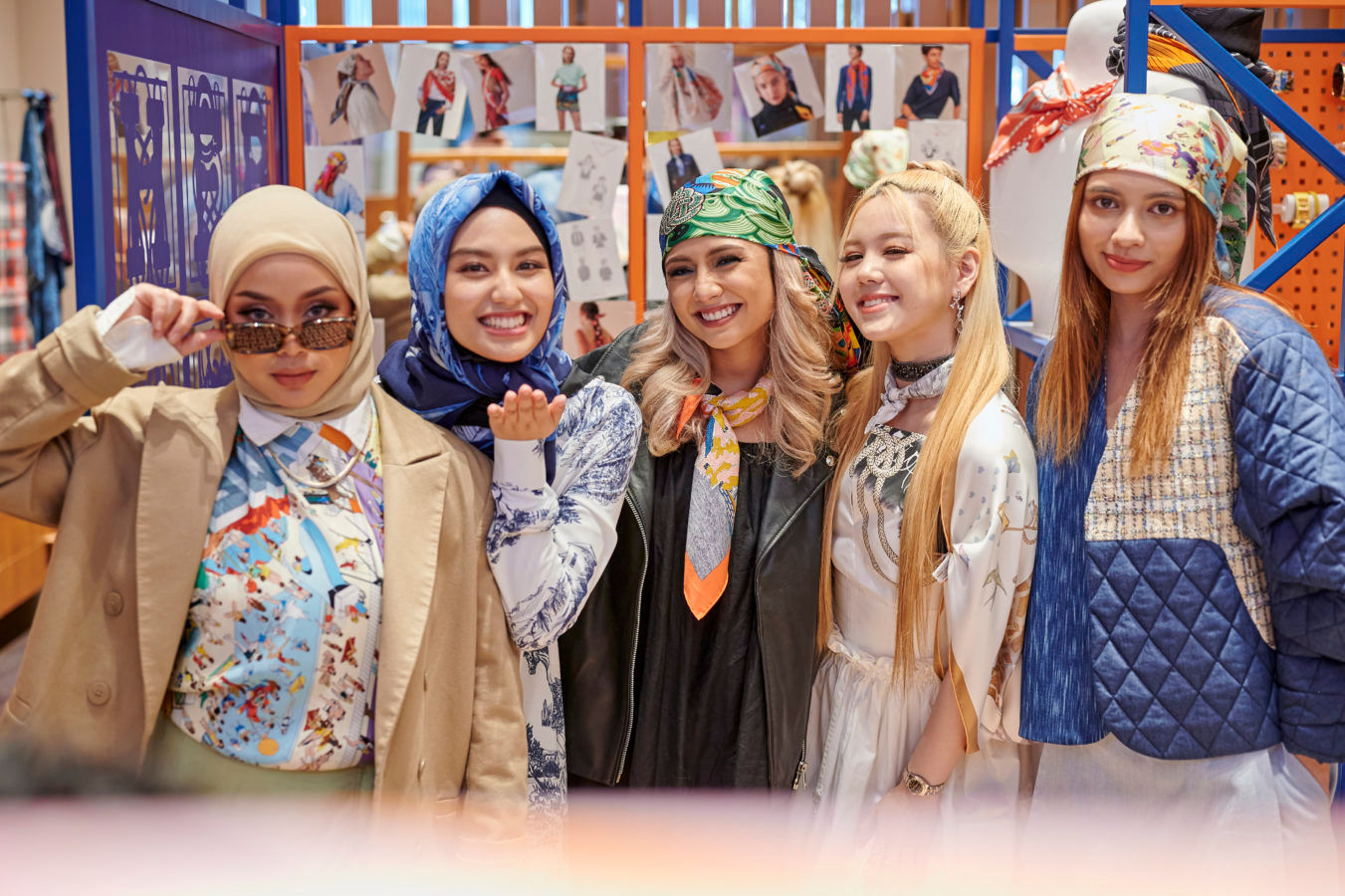 Hermès recently hosted a workshop with stars of The Z List where they experienced the versatility of the silk scarf, exclusively at the Hermès Carré Craft animation.

During the workshop, the attendees were given a brief lesson on the history of Maison Hermès and the Hermès scarf — followed by a hands-on session where The Z List put their scarf-folding skills to the test. With a custom Hermès scarf folding table, the Gen-Zers folded the scarfs according to the guiding light strips on the special table. The attendees also took turns at the photo booth with their best poses to boot.

The workshop served as an introduction to the Hermès Carré Craft scarf. Made from 100% silk, the Hermès scarfs’ versatility was apparent with the various ways the attendees styled them — some on the neck, some as a belt, and some as headscarves. During the session, Hermès also showed the Gen-Zers how different scarfs can be used to accessorise bags, shoes, and more. And to their surprise, they were even able to learn how to make a halter top, a cardigan, and a bag strap through simple ways of knotting, twisting and tying.

The Carré scarves, which means ‘square’ in French, are produced at Maison Hermès’ Silk factory in Lyon. It takes up to two years to produce one scarf — from graphic development and engraving to colouring and rolling. Known as one of the most coveted fashion accessories, the Hermès scarf has been worn by the likes of Audrey Hepburn and Princess Grace Kelly of Monaco.

From 4 June to 12 June 2022, the Hermès Carré Craft event will be available (in Hermès Pavilion Kuala Lumpur and The Gardens Mall) to anyone interested to learn more about the Hermès scarf through guided masterclass on scarf-folding and scarf-styling as well as knotting workshops.

Style Hermès Hermès Scarf The Z List Hermès Carré Craft
You might also like ...
Style
Discover the timeless elegance and versatility of the Hermès scarf
Style
Birkin to Constance: The best Hermès bags that are worth the investment
Style
Watches & Wonders 2022: Hermès welcomes its first world-time complication in the Arceau line
Style
You’ll soon be able to buy an Hermès vegan leather bag made of mushroom
Ronn Tan
A millennial who spends too much time browsing on TikTok and vibing to the latest K-Pop bops. Wait, that sounds like a Spotify playlist! I'm also on a self-proclaimed important mission to check out as many new cafes and restaurants as possible.
Sign up for our newsletters to have the latest stories delivered straight to your inbox every week.

Discover the timeless elegance and versatility of the Hermès scarf

Birkin to Constance: The best Hermès bags that are worth the investment