Home > Style > Fashion > History behind the hype: The enduring nature of Chelsea boots 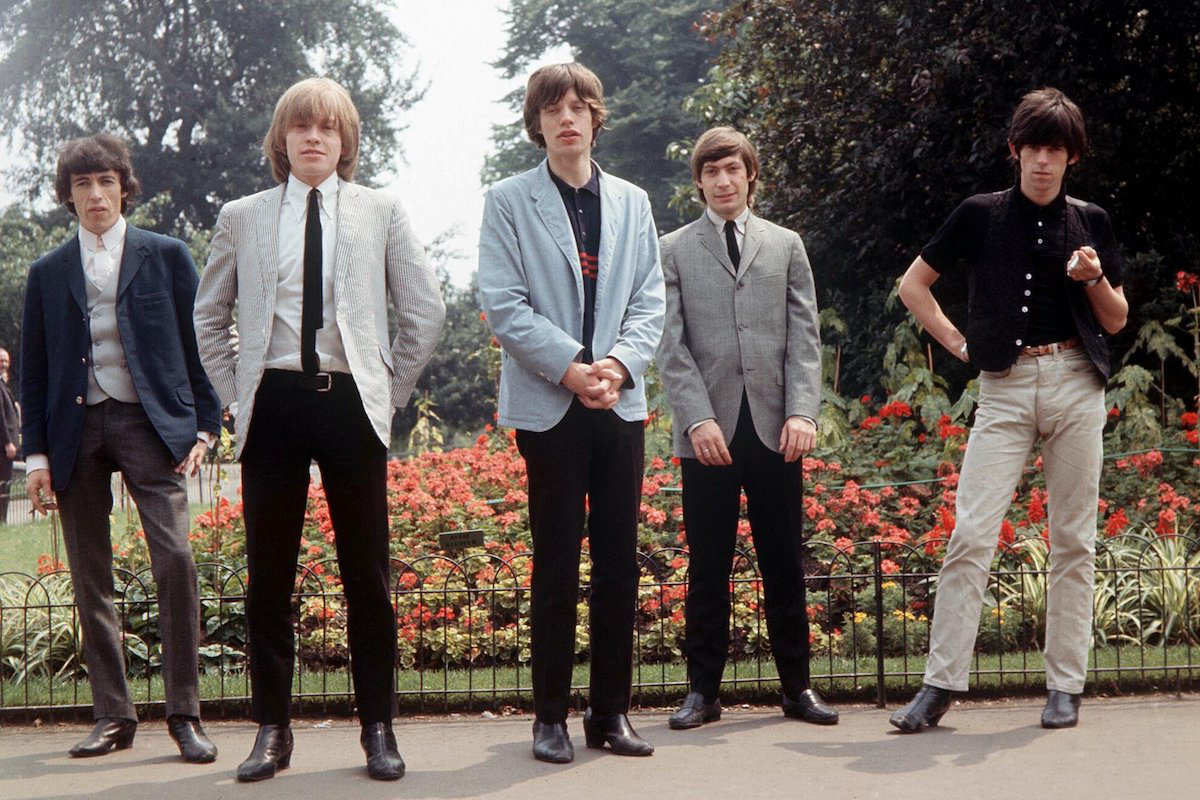 History behind the hype: The enduring nature of Chelsea boots

Style
History behind the hype: The enduring nature of Chelsea boots
Share this article
Next article

It was the Victorian era and the height of entrepreneurial innovation when vulcanised rubber was invented. The invention of adding sulfur to rubber made the material more resistant and elastic, which eventually birthed the original Chelsea boots in 1851 by cobbler to Queen Victoria: J. Sparkes-Hall. The boots were made for the queen, before he patented the design and sold it to the masses.

The original pair of Chelsea boots designed by Sparkes-Hall looked distinctively different from the one sitting in your shoe closet now. The toe was more pointy and had a black toecap — its shape was not unlike a greyhound’s snout. But the feature that prevails, and the feature that essentially made the Chelsea boot, was the elasticised sides.

This was what gave the Chelsea boot its selling point. Suddenly, there was no need to spend an extra minute or two lacing up shoes. Simply slip it on and off, and it would fit every time. It was a hit.

The money is in the name

But it wasn’t always called the “Chelsea boot”. It was known simply as: “elastic ankle boots”. The name only came much, much later in the mid 1950s. It was during that period when the artsy bunch including fashionista Mary Quant started favouring these boots again.

They frequented King’s Road in West London and were dubbed the “Chelsea set” by the media. The name Chelsea became synonymous with their lifestyle and fashion style, with the latter including the elastic ankle boots. Those boots eventually became a style staple and were christened: Chelsea boots.

Throughout the centuries, the Chelsea boot underwent various transformations to suit the aesthetic of the era. From the original narrow style, it was later fitted with a Cuban heel in the 1960s. The Beatles popularised this style of the Chelsea boot until they were even called the “Beatle boot”. Wearers of the boots during this era often paired them with tailored suits — one way you can still style them today.

And then, there’s a popular pop culture reference to the Chelsea boot that not many noticed: Star Wars. It may have been painted all-white, but make no mistake, the footwear worn by Stormtroopers in the original Star Wars were Chelsea boots. In modern 21st century, male celebrities are often seen donning the boots. From Balmain designer Olivier Rousteing seen in a classic black suede pair to Kanye West sporting lighter colours such as light grey, its popularity is enduring.

Other than the fact that they’ve been in existence for nearly two hundred years now (167 to be exact), it’s obvious that the Chelsea boot has a firm place in the timeless hall of fame. From their original purpose of being walking boots to being a classic mens footwear staple, the Chelsea boot is an extremely versatile pair of shoes that can be dressed up or down. The high patent shine versions look spiffy and dresses up an outfit, while the worn-in, rugged look gives off a British rocker style that is also intriguing. It can be worn with suits, yet makes a casual jeans outfit look smart casual. It is as important to a man’s shoe collection as the oxford and loafers. Its versatility and minimalism in style is definitely one of the biggest contributing factors to its enduring timelessness.

So now you’re about to purchase your first (or second, or third) pair of Chelsea boots. What colour should you pick, and how should you style them? As with most men’s shoes, the safe colours to go with are dark brown, tan, or black. Thankfully these are not oxfords, and you won’t end up looking like a fancy restaurant waiter if you decide to pick the high-shine, black pair.

For the Chelsea boot, the fewer bells and whistles, the easier it is to style them. Opt for a pair of slim leg pants to avoid overwhelming your silhouette. Ensure that your trouser leg is not too long, because you should show off the ankle of the boot. It is perfectly fine to pair them with a suit, and they will definitely dress up a pair of jeans. For extra style points, roll up your cuffs. Once you’ve “graduated” from classic colours, feel free to explore your sartorial prowess and try out more daring hues.

Now, let us point you in the right direction to purchase some Chelsea boots. 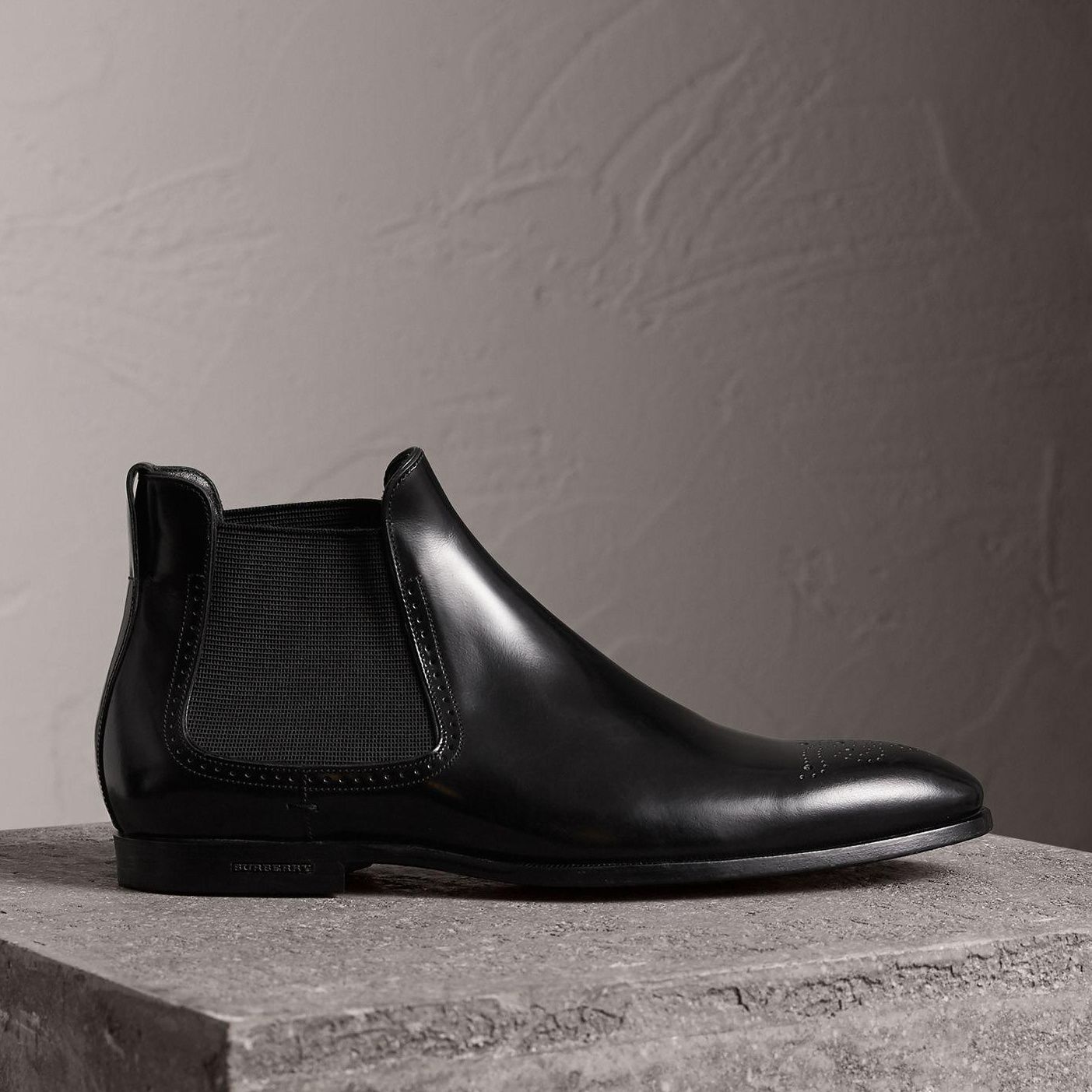 If you’re not blessed with long legs, try a shorter version of the Chelsea boot like this one from Burberry. The shiny patent finish will add a touch of formality to your outfits. 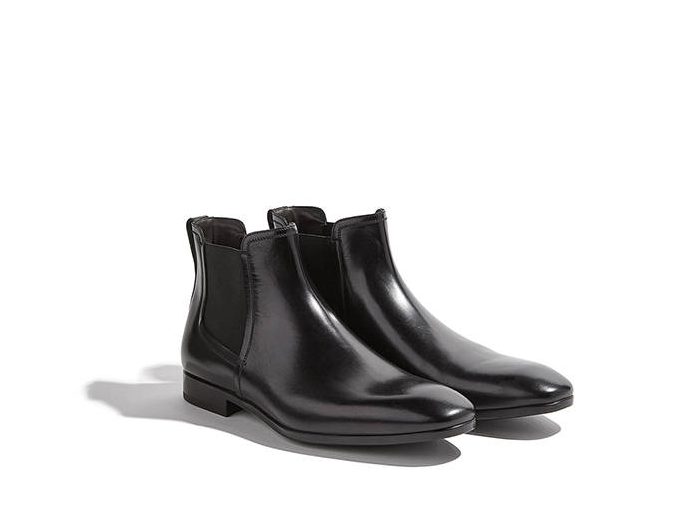 When black becomes too formal, opt instead for a dark brown pair. These Ferragamo boots will do the trick and keep things looking luxe. 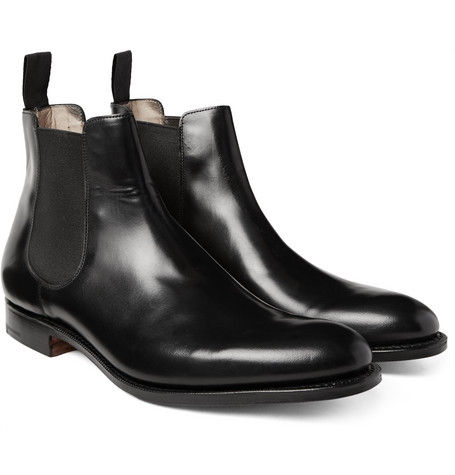 Church’s is a classic and well known brand when it comes to men’s footwear. Owning a pair of Chelsea boots from them will definitely last you well into the years, and then some more. 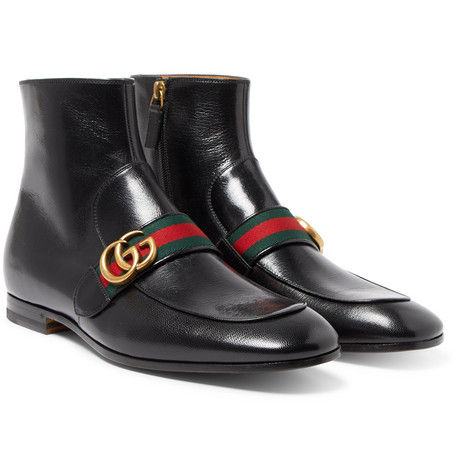 Feeling fancy? Try out Gucci’s rendition of the Chelsea boot, but with the iconic Double G buckle. Unless your office practices a liberal dress code, limit these to only the weekends. 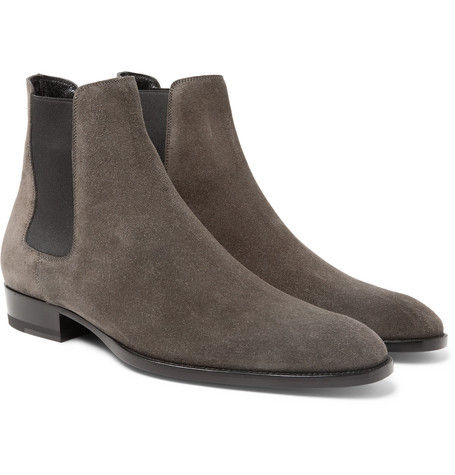 Channel Kanye West and try a pair of light grey Chelsea boots, like this suede one from Saint Laurent. It dresses up a casual outfit but doesn’t make it look too formal — a little high-low action going on.

Saint Laurent Salvatore Ferragamo Gucci Burberry Church's Chelsea boots chelsea boot ferragamo boots church's boots j. sparkes-hall burberry boots
PohNee Chin
Editor, Kuala Lumpur
Poh Nee is the editor and writes about travel and drinks. When she's not living out her holiday dreams via Google Earth and sipping on an Old Fashioned down at the local bars, you can find her snug at home bingeing on Netflix and mystery fiction.
Travel Drinks
Sign up for our newsletters to have the latest stories delivered straight to your inbox every week.