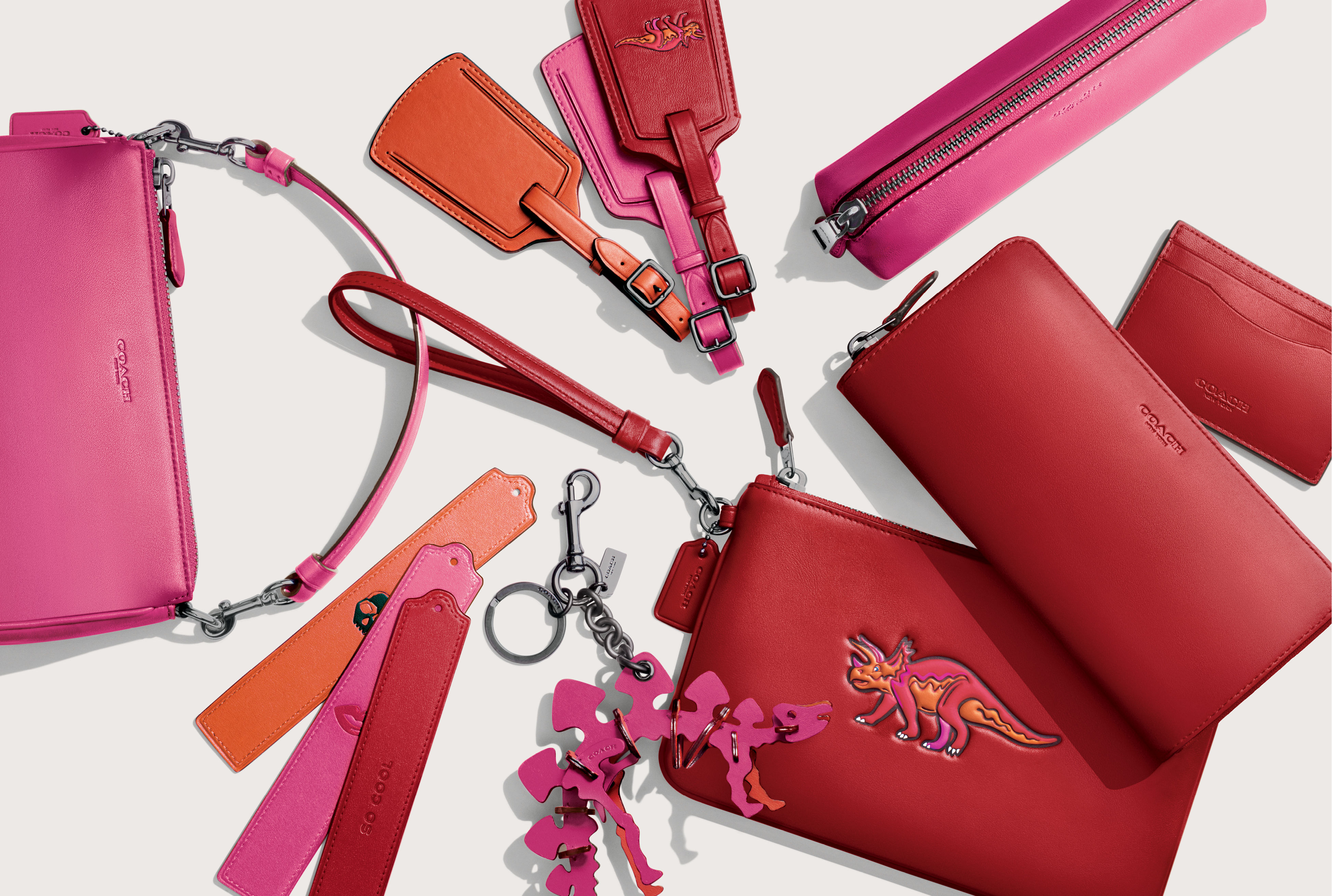 American fashion and leather house, Coach, is celebrating its 75th anniversary this year. To add something especially fun to the occasion, Creative Director Stuart Vevers has come up with a Holiday 2016 collection that features Coach Beasts in the form of prehistoric creatures. There’s a wooly mammoth named Woolly, a Tyrannosaurus Rex named Rexy, a triceratops named Tricky and a stegosaurus named Steggy.

Why dinosaurs, you might ask? Vevers simply says precisely because it’s random, without any connection to Coach or its usual references, and that’s why he likes it. While being truly unpredictable, this new collection is proof of Coach’s playful approach to design.

Each of the prehistoric creatures has a unique personality as told by Coach. For instance, Rexy is the bold pack leader who loves spontaneity (and road trips, it seems) while Woolly is described as helpful and strong, being a woolly mammoth, after all. Tricky is a trickster who loves pranking others and Steggy is said to be an introvert with surprisingly good karaoke skills.

Now that you know the creatures’ personalities, did you think of anybody in particular while reading about each of them? That’s where your part as a gift-giver comes in. The dinosaur and mammoth designs can be found on various leather bags, coin purses, luggage tags, iPad sleeves, bookmarks and passport cases, to name a few, but we’ve also got our eyes on their charms for bags or keys.

The Holiday 2016 collection will be available in all Coach stores November 2016 onwards, so start planning and assigning these dino personalities to your friends.

Balenciaga Trash Pouch inspired by garbage bag is up for sale