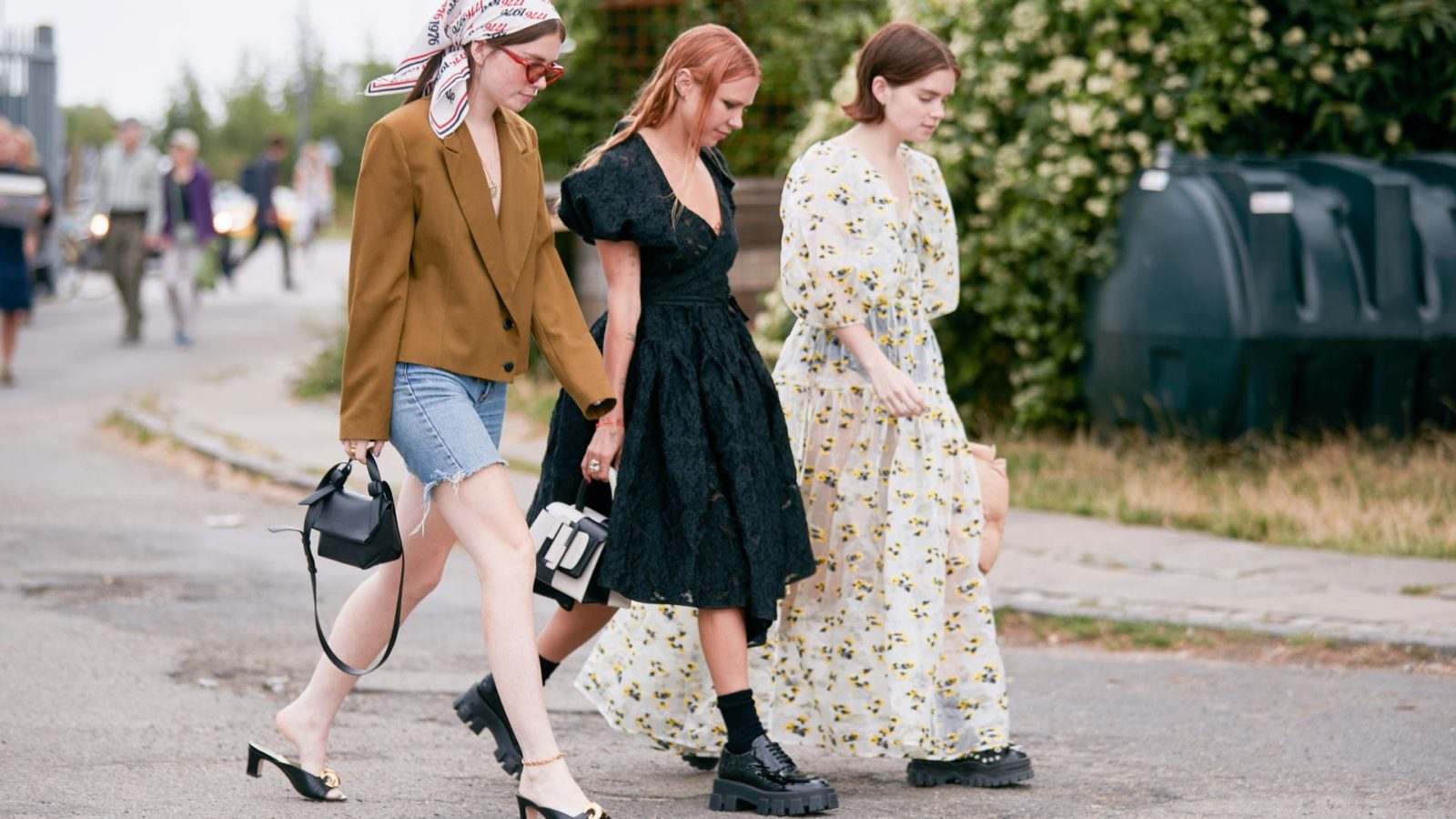 How to dress with cottagecore vibes while still in the city

The trend that emerged from TikTok isn’t just limited to the countryside.

Like most things that are born on the Internet, the cottagecore aesthetic is a little disconnected from reality. It has all reason to be: with the pandemic, the present is not much fun to live in, and the future is cloudy. In response to all this turbulence, the cottagecore movement emerged on Instagram and TikTok as a soothing balm.

You might also like…
Style
How to build the perfect capsule wardrobe with these 9 essentials
Style
Fashion Obsessions: Asics x Vivienne Westwood, Longchamp My Pliage, and more

The trend calls for a return to simpler times, to slow down and live in harmony with nature. Conveniently, we’ve already been engaging in very cottagecore activities during quarantine, such as baking, gardening and making DIY crafts. All that time we spent at home might have even left some of us with a newfound appreciation for domestic comforts, as well as indulging in self-care.

Of course, cottagecore also came with its own dress code: peasant-style blouses, billowing skirts, and the prairie dress, in all its ruffled and frilled glory. The idea is to look like you’ve just been out picking flowers, or tending to your farm animals, or running through a wheat field — whatever else Taylor Swift might get up to in Folklore (a very cottagecore record, by the way).

Like in Taylor Swift’s album, there is a lot of romanticising at the heart of cottagecore. After all, it’s easy to idealise countryside living when you’ve never actually experienced it, like many of the digital natives who subscribe to the aesthetic. But adopting the rural, romantic look in a country like Singapore is even more incongruous. Sure, it may be referred to as a “garden city”, but it’s really a high-tech heaven with unpredictable, humid weather — neither of which would explain your choice to wear a stuffy, frumpy prairie dress on any given day.

Still, that doesn’t mean you have to shy away from looking like the picture of pastoral perfection altogether. The cottagecore style can be watered down to its prettiest parts — think puffy sleeves, ruffled skirts, smocked bodices and vintage florals. Below, we’ve selected seven dresses that fit the bucolic bill while offering a modern, city girl twist. 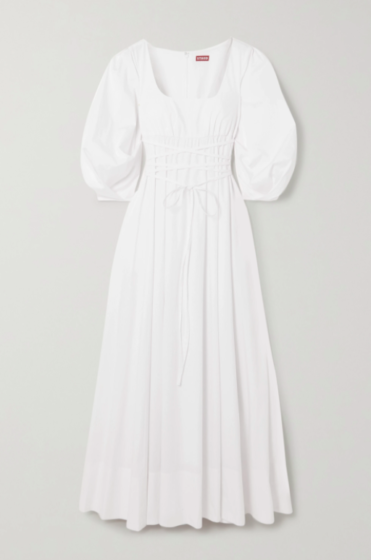 If the cottagecore look could be pinned to a single garment, it would be this dress. It’s made of cotton poplin that lends lightness to its long, full skirt and puffed sleeves — no worries about sweating too much in this one. The dress also comes in the most versatile of colours: white. Style it with a vegan leather tote bag for a day in the office, or contrast it with a vivid sapphire necklace to elevate the look for a fancy dinner date. 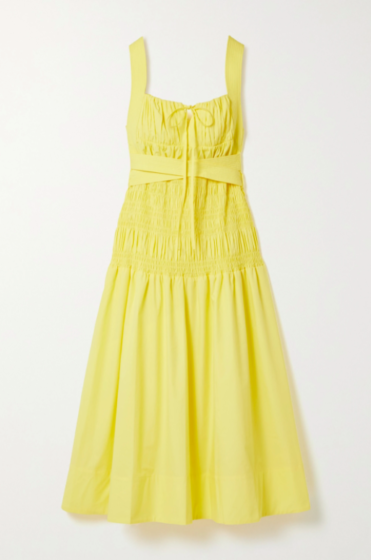 You can convey your blissed-out state of mind with a frock that’s the colour of sunshine, like this one. In the spirit of cottagecore, the dress is made with a lot of care and attention, as its gathered, shirred bodice and topstitched, waist-cinching belt suggest. Wear it with a pair of strappy heels and you’re ready for your next brunch date (organic restaurants only, of course). 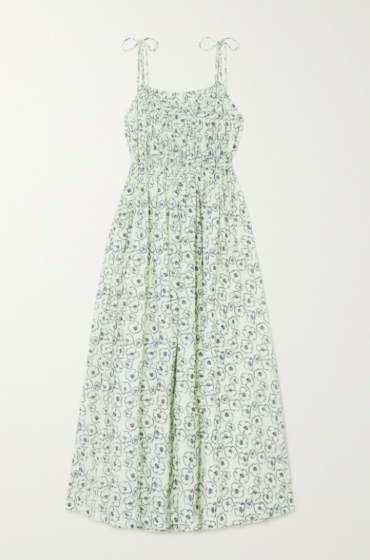 This dress combines the two important elements of cottagecore: sustainability and comfort. It’s made from organic cotton and features a floral print that seems like scribbles on a notebook. There’s something a little grown-up about it too, especially in the tie straps and the slit by the side of the dress. To make it go from country to cool, pair the frock with a very trendy moon-shaped bag. 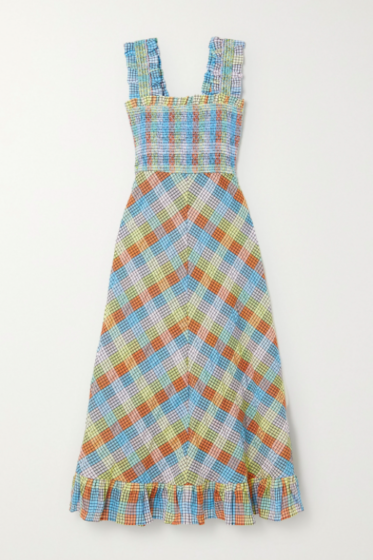 This Ganni dress puts a playful spin on the ruffled midi dress with its retro-coloured check pattern and crinkled fabric. Of course, all that may take too much away from the cottagecore aesthetic, in which case a basket bag will come in handy — especially if you’re heading out for a picnic. 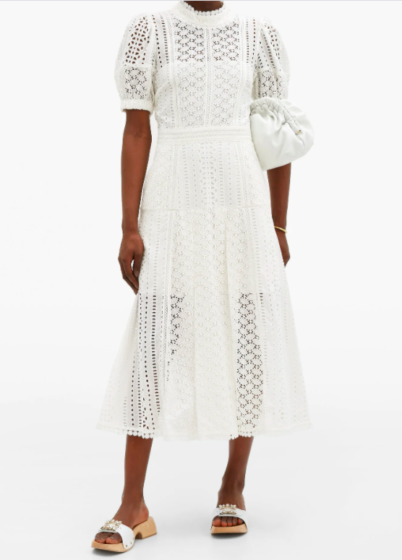 New York label Self Portrait knows a thing or two about translating trends with a dose of contemporary cool. You can already picture wearing this dress on the streets. It’s made with intricate broderie-anglaise cotton, which drapes elegantly from the body unlike the stiffer fabrics of the other dresses. Its open-back design and romantic openwork texture also make it a breezy option for a day out and about in the city. 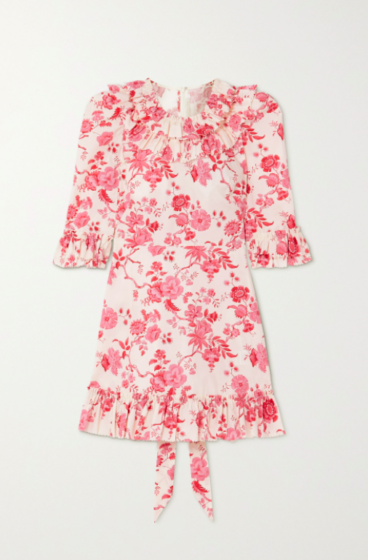 The Vampire’s Wife is one of two fashion brands that popularised the prairie dress silhouette (the other being Batsheva). While the London label’s long-sleeved, floor-length dresses typically combine the romance and modesty of the Victorian period, it also offers flirty options like this minidress. Traces of the era are still present, especially in the countless ruffles, but the dress is still very much made for the present day. Or night, when the dress will shine while you’re getting cocktails at your favourite bar. 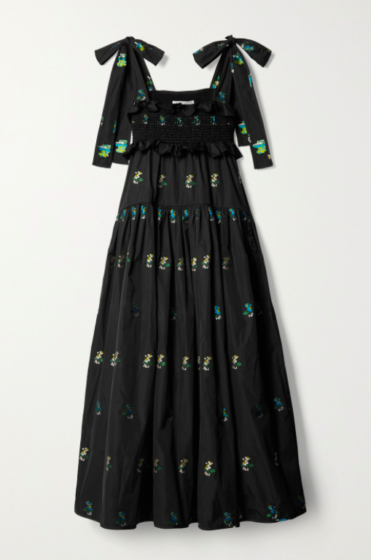 You don’t have to sit out the trend just because you’re not into pale pastels and other bright hues. This Cecilie Bahnsen dress makes the case that a nighttime shade can be just as suited for the cottagecore aesthetic. Its luxurious taffeta fabric, adorned with embroidered flowers, gives the dress volume and allows you to move with ease. It would make a great evening ensemble, especially if you doll yourself up with pearls.