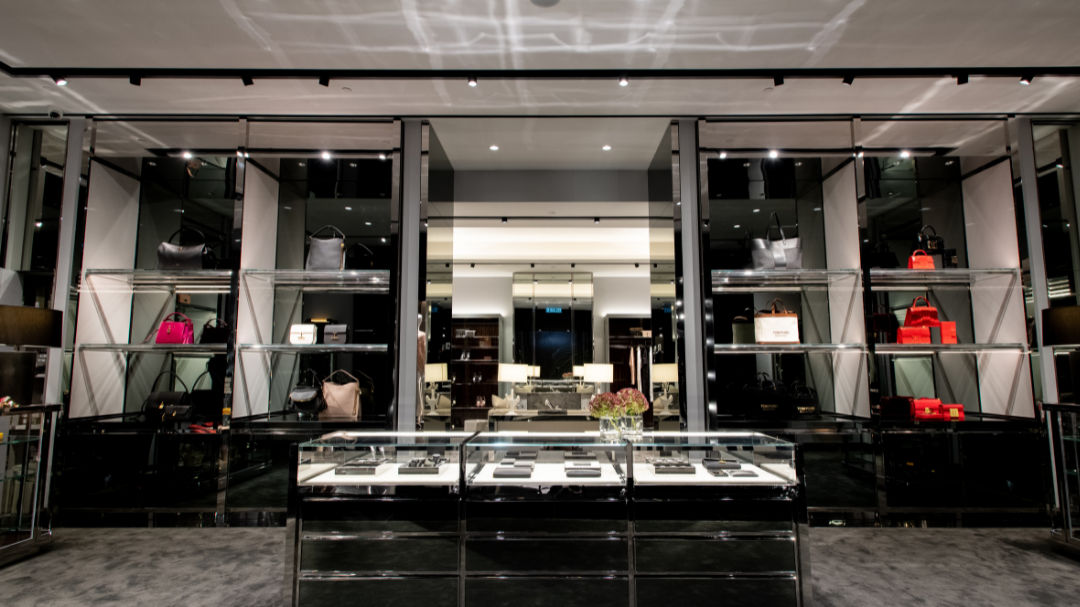 The boutique is designed in the signature Tom Ford palette of greys and deep brown along with chrome and glass accents. Modelled after the brand’s flagship store in 845 Madison Avenue, New York City, the sophisticated environment and discreetly partitioned walls exude refined comfort and exclusivity for clientele.

Spanning 2,820 square feet, the boutique houses the full range from the renowned luxury brand for both men and women. This includes ready-to-wear, leather goods, fragrances, beauty, eyewear, underwear, and timepieces.

What to expect from Tom Ford’s flagship boutique at The Starhill KL?

Clients in Malaysia can also experience Tom Ford’s made to measure service, where they can personally create their own custom suit using exquisite materials through a private one-on-one appointment.

The master tailors at Tom Ford devote weeks of craftmanship to cutting, constructing, and finishing immaculate and beautifully-finished suits.  Plus, this new boutique sets itself apart by matching European pricing for each design.

Tom Ford is an American designer, award-winning screenwriter, producer, and film director. He started out in Gucci as the company’s chief womenswear designer before becoming Creative Director in 1994. In April 2005, he announced the creation of the Tom Ford Brand.

In 2009, he wrote, produced, and directed the Academy Award-nominated film ‘A Single Man’. He is a visionary who has redefined luxury in the fashion industry and his success has been recognized by a number of international awards.

All images by Tom Ford. The story first appeared on Prestige Malaysia

Shopping Tom Ford The Starhill
Sharuna Segaren
Fashion
Sign up for our newsletters to have the latest stories delivered straight to your inbox every week.