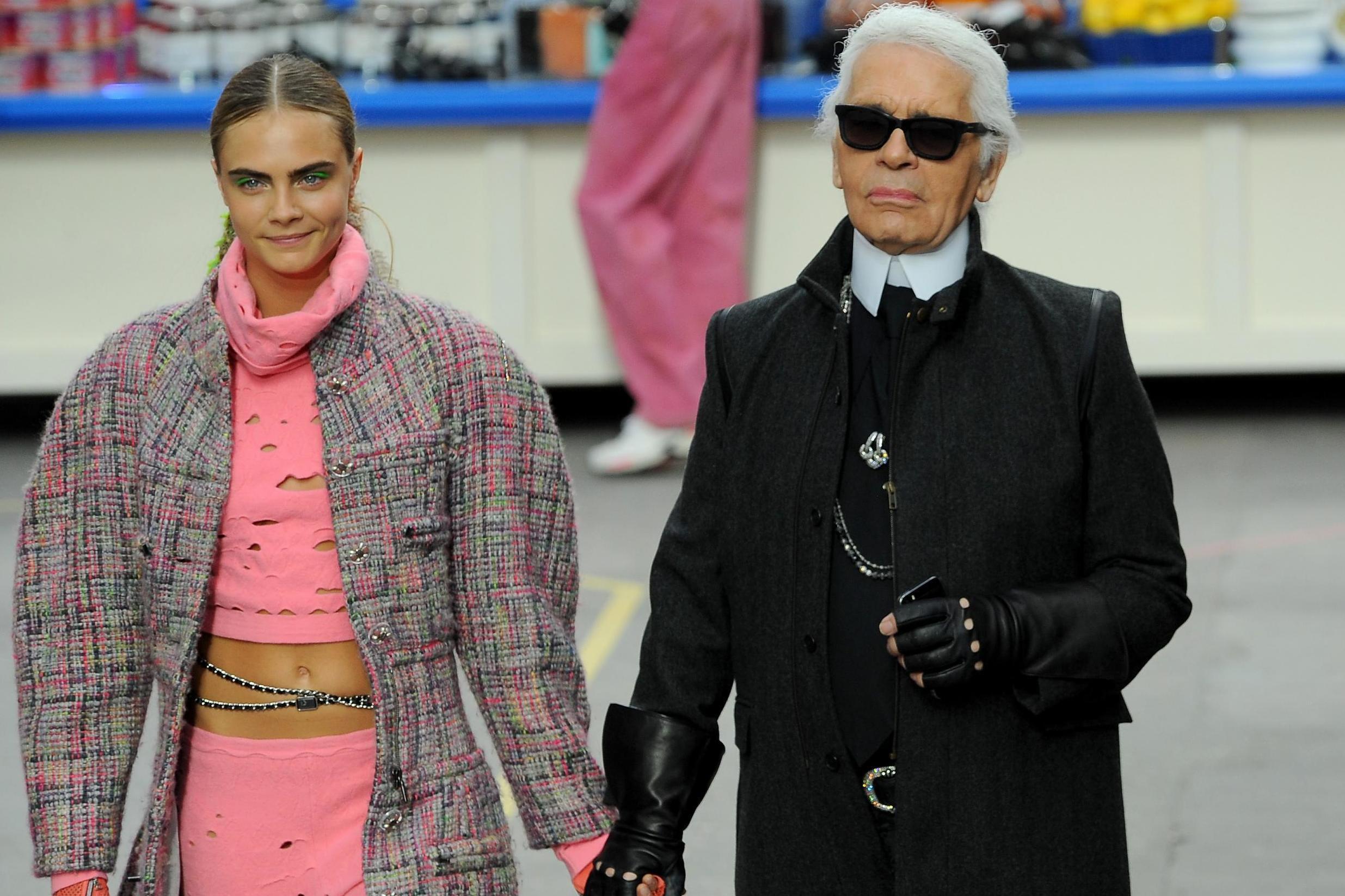 Of the many wits and wisdoms Karl Lagerfeld has bestowed upon the fashion world, perhaps one of his most piquant remains to be: “For me the white shirt is the basis of everything. Everything else comes after.”

The late legendary designer might not have invented the white shirt — as much as he wished he did — but to honour his signature outfit would be to put his most revered separate in the limelight.

Thanks to a handful of his very famous friends and their latest project, “A Tribute to Karl: The White Shirt Project”, Lagerfeld’s signature shirting will be reimagined, starched collars and all. He is after all, notorious for extolling the luxury of pristine white shirts from Hilditch & Key on Paris’ Rue de Rivoli.

The stellar line-up of contributors will include Kate Moss, Diane Kruger, Tommy Hilfiger, Cara Delevingne, Amber Valletta, Alessandro Michele, and Takashi Murakami. Carine Roitfeld, who is currently a style advisor at Lagerfeld’s eponymous fashion house, will oversee the project, the sales of which is destined to benefit Sauver la Vie, a French medical charity that he had quietly supported for many years.

The participants in this tribute are all people who Karl knew, who he felt connected to, or who inspired him,” said Pier Paolo Righi, chief executive officer of the Karl Lagerfeld fashion house, to WWD. “After Karl’s passing, so many people wanted to share their admiration for Karl and express their emotions.”

This honorary special comes shortly after both Fendi and Chanel’s memorial — “Karl For Ever” — during Paris Men’s Fashion Week. The shirts in this tribute will also be on display during Paris Fashion Week in September, rather fittingly at his headquarters on Rue Saint-Guillaume.

“I can’t imagine a better way for us to celebrate his passion for creativity,” said Righi.

Fashion Style Karl Lagerfeld
Shatricia Nair
Managing Editor
Shatricia Nair is a motoring, watches, and wellness writer who is perpetually knee-deep in the world of V8s, tourbillons, and the latest fitness trends. She is fuelled by peanut butter and three cups of coffee a day.
Motoring Wellness Watches Beauty Style