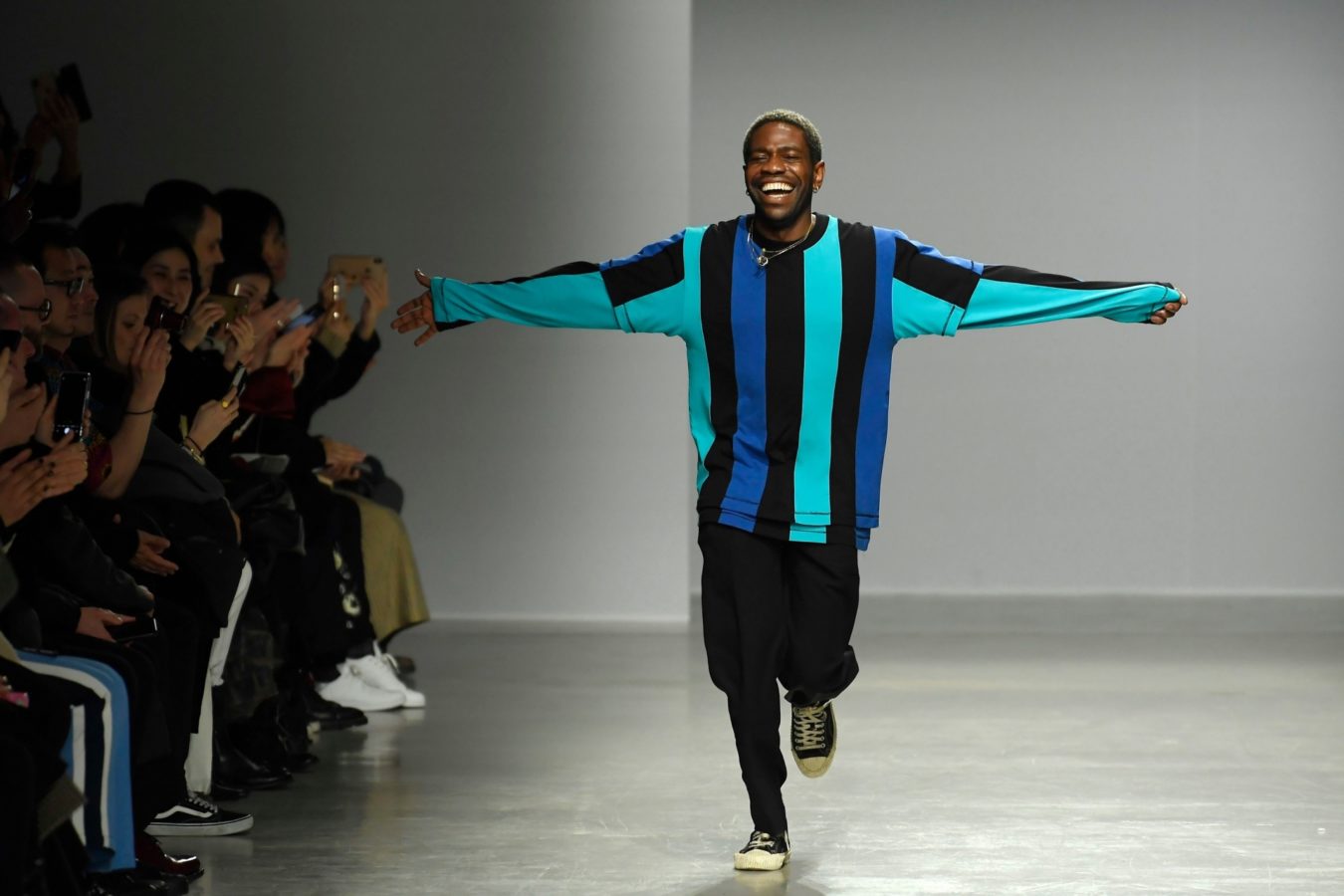 For several months, the Karl Lagerfeld brand has been working on a collection in collaboration with Nigerian designer Kenneth Ize, which will arrive in stores and online in April 2021, reports Women’s Wear Daily (WWD). Here are three reasons why we’re eagerly looking forward to the results of this partnership.

The disappearance of the great designer in February 2019 has not put an end to the Karl Lagerfeld brand, which has continued to create innovative collections and intriguing new collaborations in the same spirit as its founder. Let’s not forget that back in 2004, Karl Lagerfeld was the first couturier to undertake a daring and unprecedentedly successful collaboration with H&M, which brought high-end fashion and luxury to the masses. More recently, the brand has teamed up with L’Oréal Paris for a makeup collection, the influencer Olivia Palermo, and the Woolmark Company… All of these were winning partnerships, enthusiastically received not only by the fashion sphere but also by the general public.

If you don’t know of Kenneth Ize yet, it is only a question of time until you do. A near runner-up to South African Thebe Magugu in the 2019 LVMH Prize, Kenneth Ize was much noted for his brightly coloured optimistic creations, which turned a spotlight on craftsmanship and African textiles. Among his customers and staunch supporters, the Nigerian designer can list such luminaries as supermodel Naomi Campbell, who strode the catwalk at his first-ever Parisian runway event in February 2020. The show caused a sensation on social networks, highlighting the public’s keen interest in the work of the young designer. No doubt the forthcoming collaboration with Karl Lagerfeld will only add to his popularity.

An ode to African craftsmanship

Kenneth Ize is distinguished for the authenticity of his creations, which are inspired by traditional African crafts and textiles from his native Nigeria. The designer notably makes extensive use of multi-coloured striped fabric, aso oke, which is made using a centuries-old weaving technique by the Yoruba people of West Africa. The prospect of a collection that combines the inspiration of a rising designer with traditional hand-loomed fabrics and the Parisian chic of Karl Lagerfeld is certainly something to look forward to.