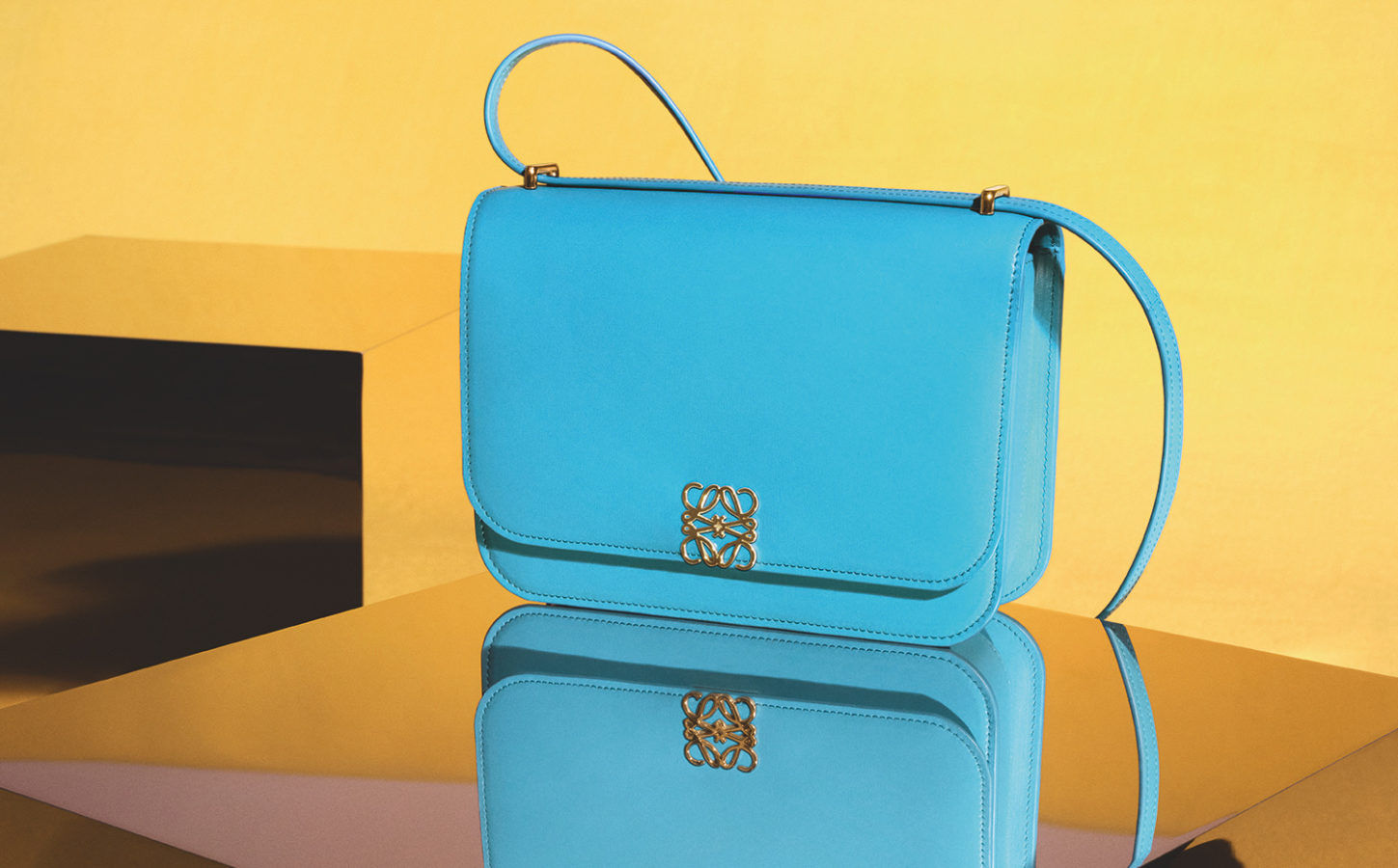 Look out, Loewe fans. The Spanish luxury fashion brand has a new addition to its family of bags — the Goya.

It’s the latest signature bag designed by Loewe creative director Jonathan Anderson. It debuted as part of the fashion brand’s Fall/Winter 2021 collection, which you may recall was ingeniously presented through a newspaper instead of a digital show.

As far as Loewe bags go, the Goya is a bit of an oddball in that it has a pretty simple and straightforward design. It doesn’t play with geometry the way the beloved Puzzle does, nor does it have a voluminous silhouette like the Hammock or the Balloon. On the surface, the Goya appears to be your standard issue luxury shoulder bag.

Yet you can bet it’s going to be everywhere this season, because there’s a lot more to the new Loewe Goya bag than meets the eye. Below, we dive into the details you need to know about the must-have accessory.

The Goya bag takes its name from a famous Spanish painter

Unlike previous Loewe bags, whose names nod to their distinctive shapes, the Goya likely borrows its nomenclature from Spanish painter Francisco Goya. An iconic figure in the world of art in the 18th and 19th century, Goya is just one of the many artists that have inspired Loewe creative director Jonathan Anderson. Take one look at the Loewe Casa flagship store in ION Orchard, where the Goya bags are now available, and you’ll discover other name to add to the list, such as Ken Price, John Allen and Josh Faught. It’s with these cultural connotations that Loewe adds another dimension to its fashion offerings, the Goya bags included.

Instead of using a sans-serif logo or an archival monogram, Loewe has typically distinguished its accessories with the use of the Loewe anagram. That’s no different for the Goya bag, on which the elegant graphic appears as the gold hardware closure for the bag. It features a magnet that keeps the bag’s flap closed, and all your belongings across the interior compartments and zipped pockets safe and secure.

It’s crafted from the smoothest leather you can find

Loewe’s bags hold up as well as they look, and that lies in the luxury brand’s impeccable craftsmanship. Case in point: the Goya is handcrafted from silk calfskin leather, which is known for its buttery smoothness. Each bag is also lined with soft nappa lambskin, on top of being precisely constructed, panelled and stitched in Loewe’s Madrid atelier to give it that three-dimensional, rounded shape.

The bag comes in three sizes — and as a cardholder

For now, Loewe has launched the Goya (RM16,150), the Goya Small (RM14,400) and the Goya Accordion clutch. The first two open up into a boxy interior where you can store your iPhone, wallet, keys and other essentials, although the Goya, which measures 22.5cm in width, also offers an additional zipped pocket along its flap. The more compact Accordion Clutch, however, features a gusseted design with three pockets to slot your stuff into. All three bags come with matching leather straps that can be worn on the shoulder or across the body, or removed entirely in the case of the Accordion Clutch to transform it into, well, a clutch. Loewe has also introduced the Goya cardholder (RM2,250), which has a similar rounded shape and a single pocket. It’s perhaps the fanciest way to store your ID and credit cards that we’ve ever seen.

There’s definitely a Goya bag for every occasion

Every Loewe collection is a celebration of colour, which is why it should come as no surprise all four Goya styles are offered in an array of hues. You can always go for black or white, but you also have the option of muted tones such as “Warm Desert” brown and “Avocado Green” (to match your brunch, perhaps?). And if you’re looking for something fun, there are even more vibrant shades including Bright Yellow, Cyan and Deep Red. All colours are nicely complemented by the bags’ gold Anagram hardware, and you’ll bet there’s one that will perfectly reflect your personality. If not, stay tuned. The bags were also teased in different materials for Loewe’s F/W 2021 lookbook, including shimmering metallic gold and ultra-luxe croc leather versions, like the one above.