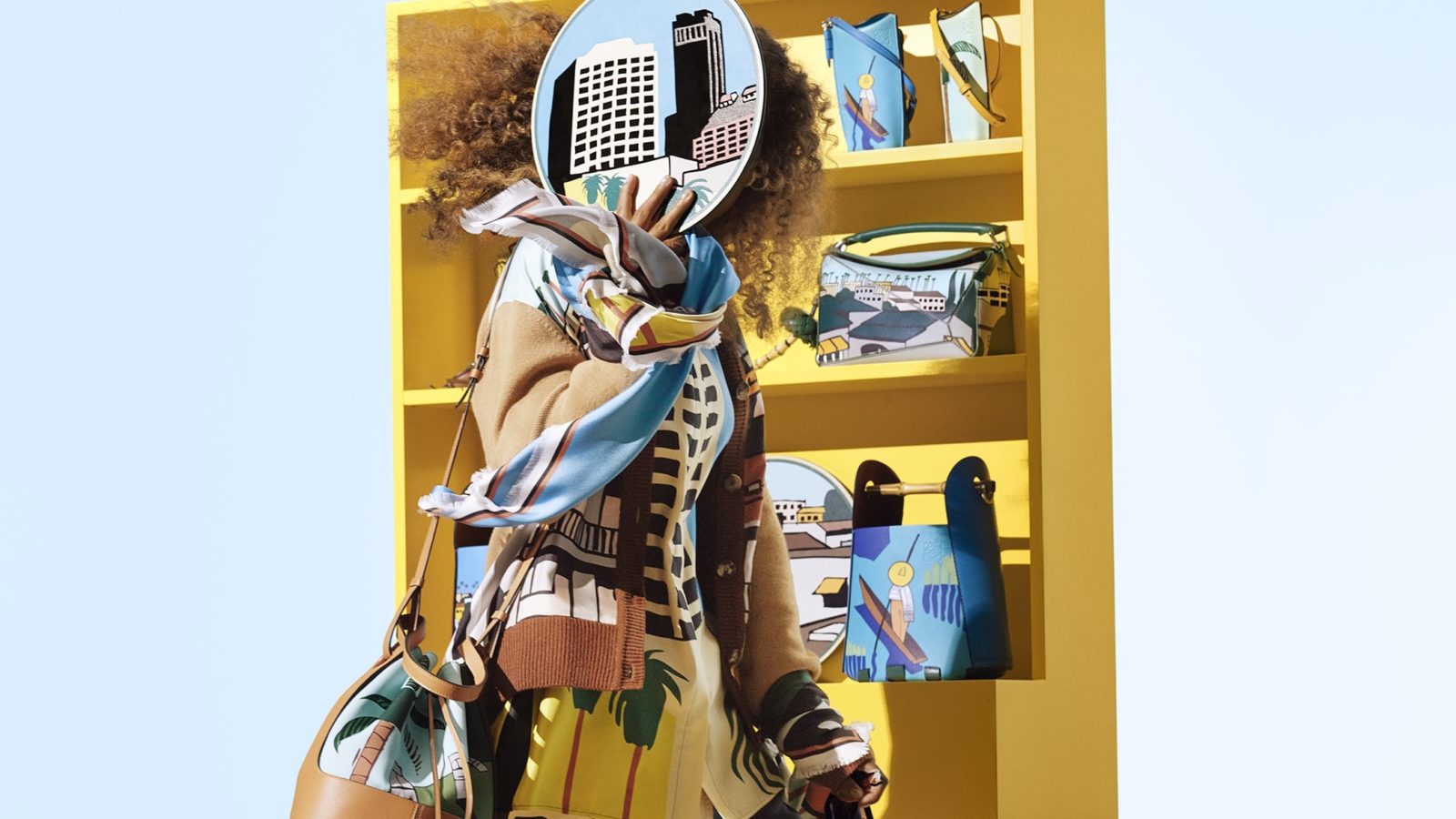 This capsule collection is a whimsical one, daring to whisk us far away to another place.

Forget dreaming about a white Christmas, it a festive season under the sun and blue skies with Loewe’s latest collaboration. It’s become a widely known fact in the world of fashion that with each launch of Loewe’s holiday capsule, comes a brand new collaboration with a well-established artist. Serving as the creative extension of Jonathan Anderson’s obsession with arts and crafts, the latest release from the Spanish brand celebrates the works of American artist Ken Price, a ceramist best known for his small-scale, abstract creations. Twenty unique hand-painted plates made originally for the La Palme restaurant at Newport Beach were chosen as inspiration, each depicting the calming locale from ‘Easter Island,’ ‘LA,’ ‘La Palme,’ and ‘Happy’s Curios.’ All in all, the pieces evoke a nostalgic Californian cool aesthetic of the 80s, where the paint-box shades and bold, sketchy strokes impart a casual laid-back ease that beautifully complements the brand’s contemporary structures.

Loewe holidays 2020 Ken Price
Lorria Sahmet
Style Editor
Two years covering luxury retail later, Lorria is thrilled to continue writing about what she loves best: fashion and food. When not roaming around garden centres hauling back new plants for her indoor jungle, she is most likely hunting down the best fries in the city. She's happiest by the ocean with a fishbowl glass of ice-cold Aperol spritz.
Style Lifestyle Jewellery Wellness Food

Outfits from ‘Sex And The City’ that are relevant in 2021

Missing in action for 2020, H&M finally announces a designer collaboration with Simone Rocha