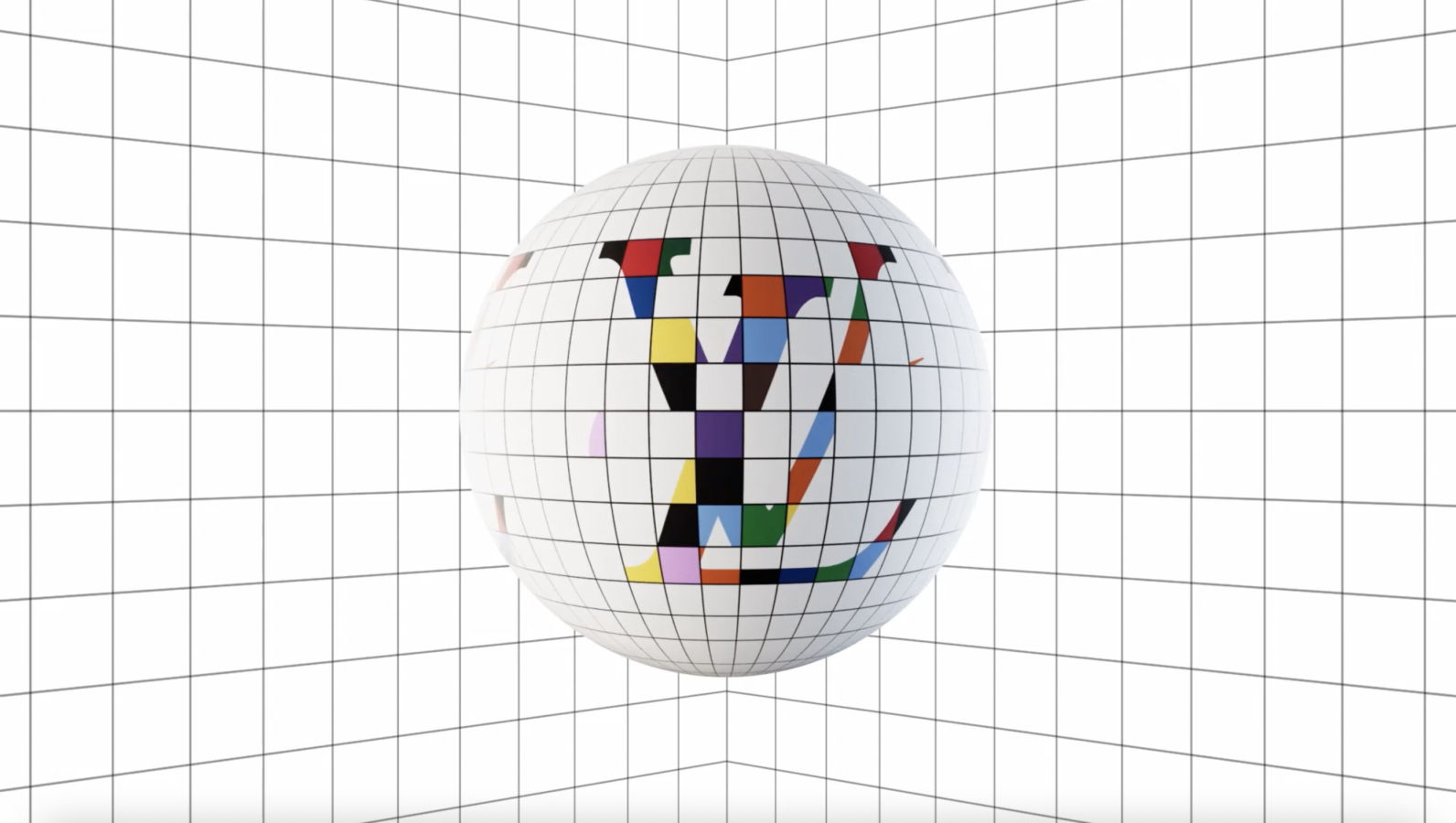 If you’ve been on a Hypebeast high since the announcement of these holy grail kicks, you’re not alone. Better yet, if you want to see them in person, you’re in serious luck — the Louis Vuitton and Nike “Air Force 1” by Virgil Abloh digital presentation is coming to Singapore.

Singapore will be the only country in Asia to present an adaptation of the New York exhibition, through a fully digital experience.

What to expect at the Louis Vuitton and Nike Air Force 1 by Virgil Abloh: Digital Presentation 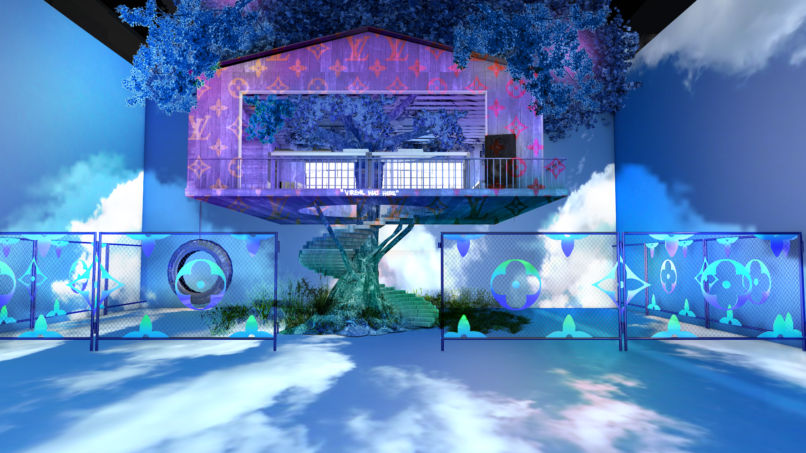 Here, you’ll get a chance to view the 47 sneakers that the late designer created throughout his prolific career, each of which are as revolutionary as the next. The space — clad in a vivid orange and adorned with Louis Vuitton and Nike’s logos — will be Instagram heaven for sneaker collectors, and will offer digital screens showcasing his creative process for each of the now-iconic kicks.

Virgil Abloh fans will also recognise the painted clouds that frame each sneaker, an imagery that often shows up in his show sets and campaigns. 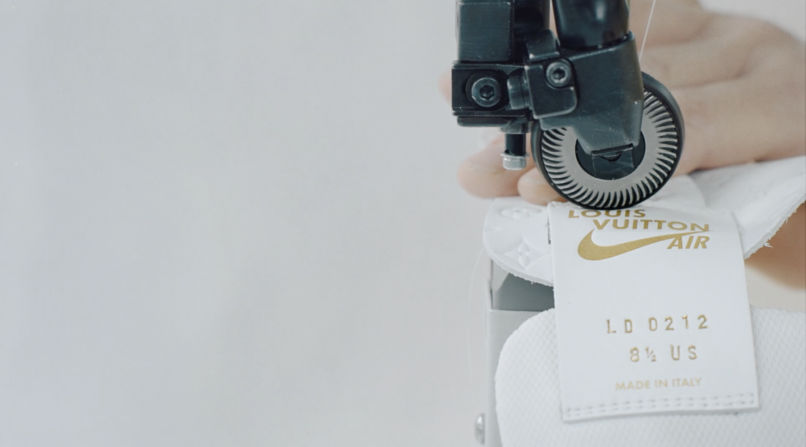 Abloh was best known for his ability to marry streetwear with luxury, and this ingenuity is also showcased via a central digital showcase, which sees him navigating the Maison’s savoir-faire through his inimitable lens in the former’s Fiesso d’Artico workshop.

As a final tribute to the designer’s dedication to building bridges between countries and culture, the Louis Vuitton x Nike “Air Force 1” by Virgil Abloh: Digital Presentation will house a graphic globe sculpture that represents all of the unifying motifs he had used during his time. 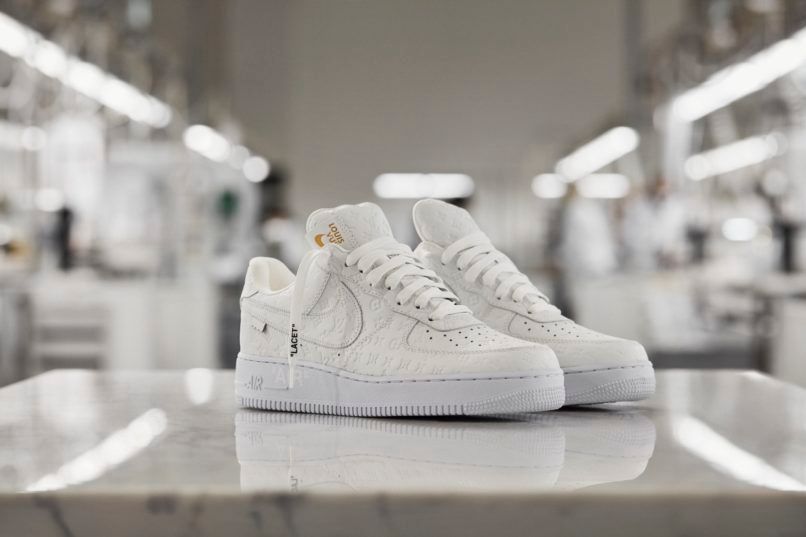 Nine editions of the Louis Vuitton x Nike Air Force 1 sneakers will be launched in Singaporevia a digital activation, with the launch date and other details to be announced at a later date.

The launch will include the classic all-white sneaker that’s been embossed with the Louis Vuitton Monogram, as well as a black suede version of that. 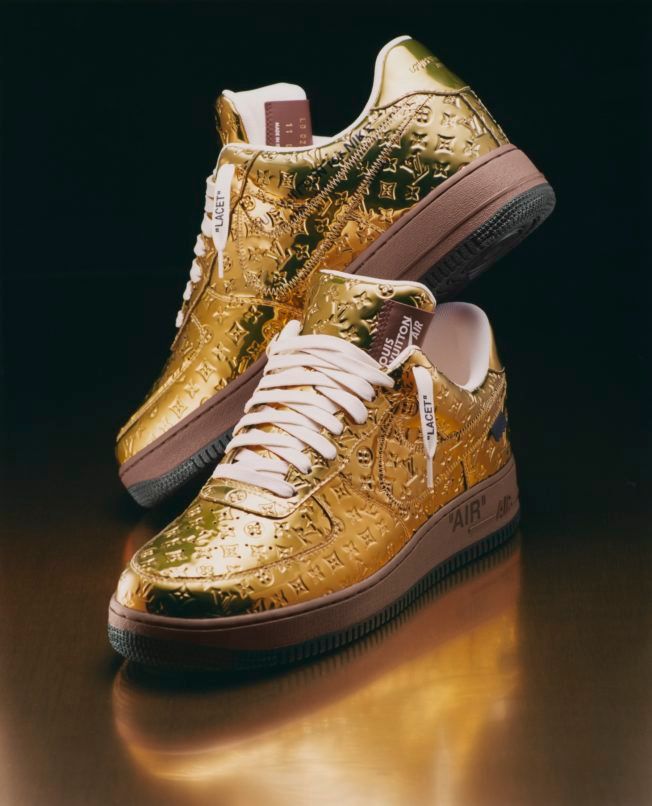 Two-toned editions in white will come with either green, red, or blue detailing — a nod at Abloh’s iconic rainbow motif. Those eyeing the metallic gold version will be pleased to know that they’ll be available too, alongside the patchwork multi-coloured iteration and a graffitied Damier version.

Details of  the digital presentation:

Sneakers Louis Vuitton Nike Virgil Abloh events in singapore nike air force 1
Shatricia Nair
Managing Editor
Shatricia Nair is a motoring, watches, and wellness writer who is perpetually knee-deep in the world of V8s, tourbillons, and the latest fitness trends. She is fuelled by peanut butter and three cups of coffee a day.
Motoring Wellness Watches Beauty Style
Sign up for our newsletters to have the latest stories delivered straight to your inbox every week.