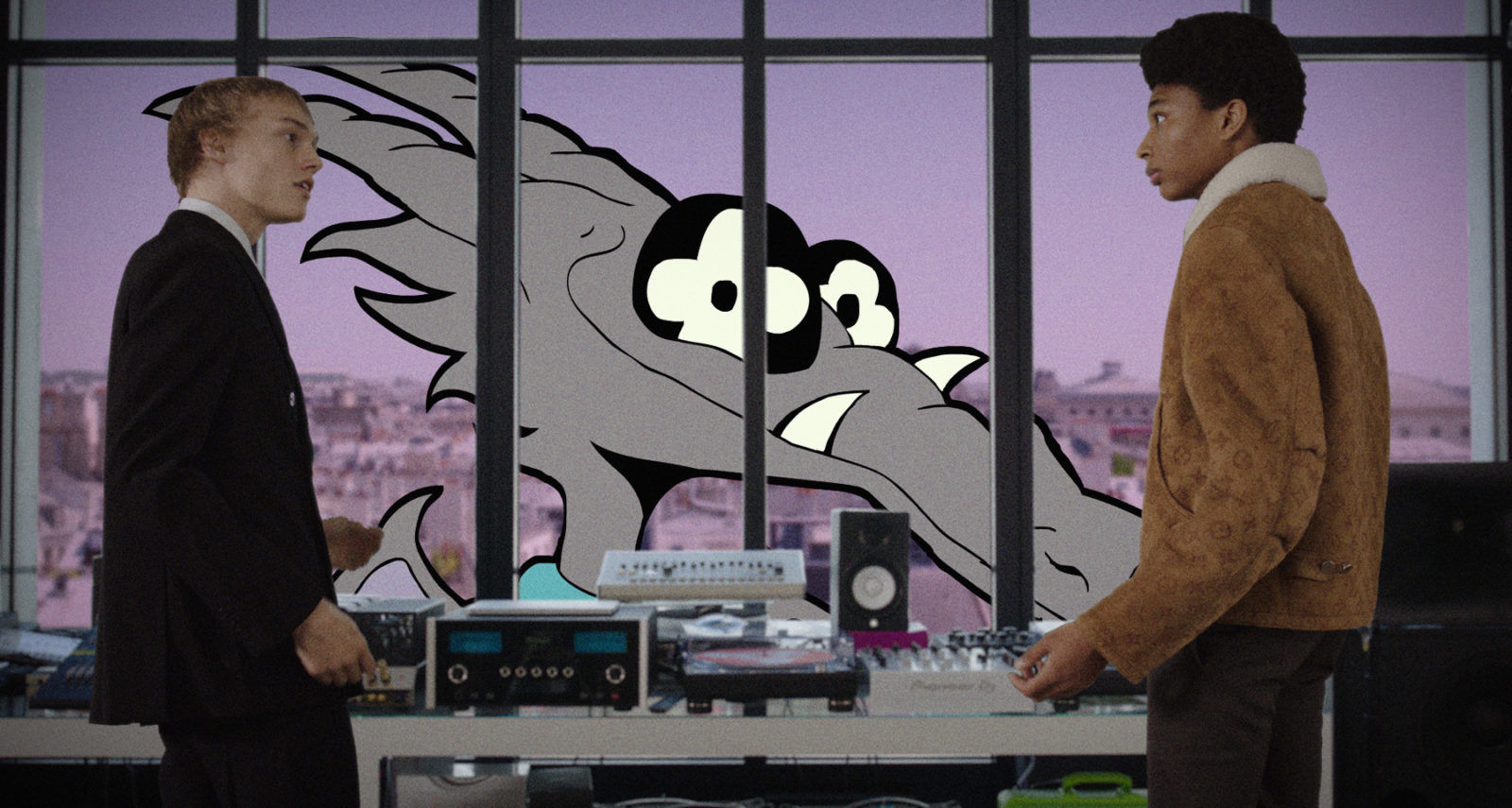 Designers from Loewe to Hermès, Gucci to Rick Owens, Juun. J and more have impressed fashion lovers, buyers, and journalists near and far with video presentations in various formats. Louis Vuitton‘s Virgil Abloh, however, had something more in mind.

While the brand did release a short film entitled Adventures of Zoooom with Friends during Paris Men’s Fashion Week, it’s been revealed that it served only one-third of the picture. All the clues can actually be found in the video, which shows an animated character called ‘Zoooom’ at the Vuitton headquarters packing up crates with his friends. The containers are then loaded onto a barge that sails away on the River Seine, setting off on a journey to the Far East.

Yes, the Far East. On 6 August, the house of Louis Vuitton will be staging an actual runway show, dubbed Message in a Bottle, in Shanghai miles away from Paris, followed by another one in Japan towards the end of the year. Both shows — which will be both opened to the general public and live-streamed — will see these animated ‘Zoooom with friends’ characters come to life within the collection, as the designer explores the world through the eyes of a child.

According to the house’s official press statement, meeting his clients in their own parts of the world will allow Abloh to open up an inclusive dialogue. What’s more: The collection itself shall also ‘transform’ during its voyage across the seas, representing the evolving exchange across cultures and nations, as well as the designer’s core values of diversity, inclusivity, and unity.

Apart from the topic of inclusion and diversity, the collection shall also include a multi-faceted upcycling initiative, to push the house into more sustainable practices. “This next show is probably the biggest leap that I’ve made in terms of proposing a new system, how it lives and operates,” revealed Abloh in an interview with WWD. We look forward to learning more about the collection in a few weeks’ time.

Louis Vuitton Virgil Abloh SS21
Lifestyle Asia
Sign up for our newsletters to have the latest stories delivered straight to your inbox every week.