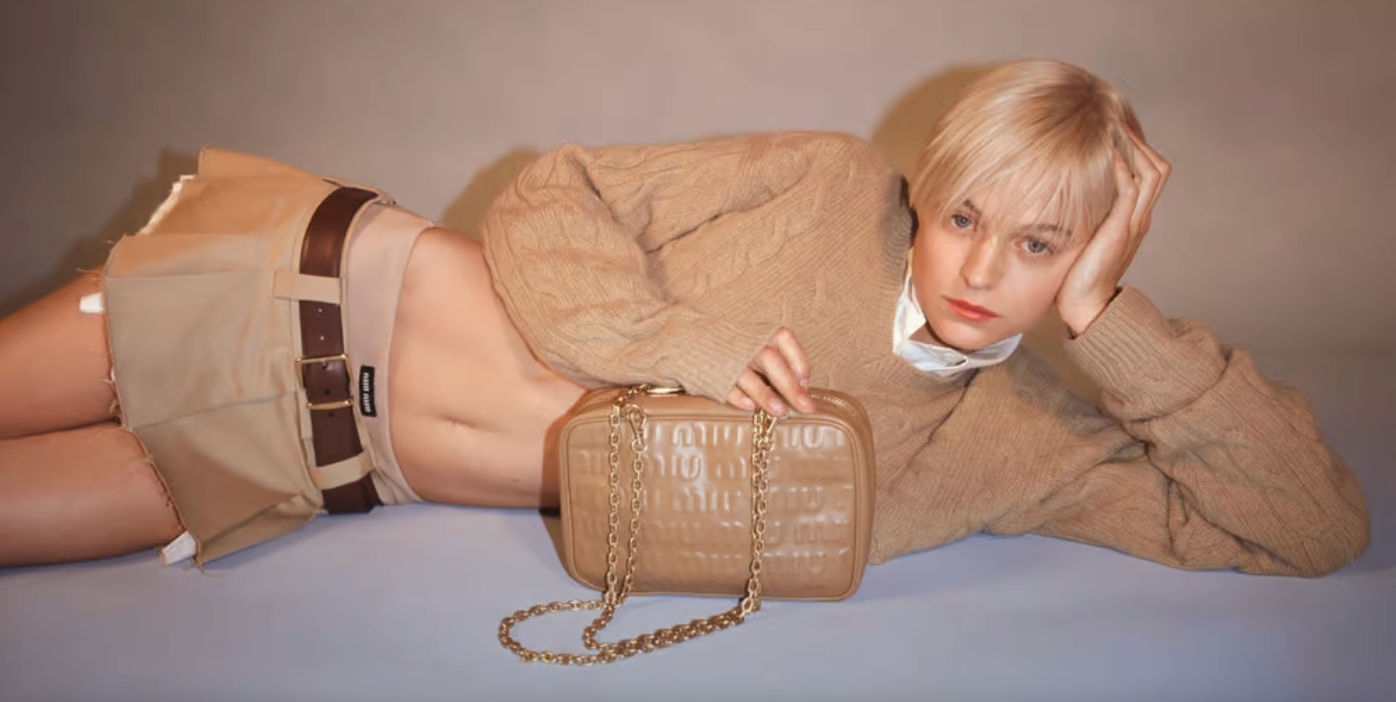 After crop-tops, baggy pants, pleated skirts and — oh joy — sleeveless sweaters, another relic of the 2000s is making a comeback on the fashion scene. You may have thought they were dead and buried, but low-rise cuts — synonymous with the stage outfits of Britney Spears and Christina Aguilera — have officially been revived by a host of influential stars, as well as major luxury fashion houses. Love it or hate it, the trend of low-rise jeans, skirts and more, is on the rise…

As heralded back in January, low-waist pants are shaping up to be one of the fashion trends of the year for 2022, and the comeback is already underway. From pants and skirts to leggings, shorts, baggy pants and jeans, all wardrobe items are getting the low-rise treatment, sitting — as they did 20 years ago — well below the waist, right in line with your underwear, or even lower if you’re feeling bold. The trend may be divisive, but it also serves as a reminder that, after two years of pandemic, fashion is decidedly taking a sexier turn.

Who better than Britney Spears, at the height of her career, to embody the low-rise trend? The American singer, along with Christina Aguilera, is undoubtedly the celebrity who has most made low-rise pants and shorts her own, whether on the street or on tour. And Britney Spears is once again helping to put the look back on the fashion agenda.

In a video posted to her Instagram account a few days ago, the “Toxic” singer can be seen wearing one of these relics from fashion past, in pristine white (of course), and sharing her delight at slipping back into the kind of jeans that we thought were the antithesis of style.

“Went to the old house yesterday to finish packing and look what I found … these adorable white jeans … no lie I think it’s been 20 years since I wore white jeans and they actually fit!!!” the star wrote in a post shared with her 41 million followers. So, as if by chance, this timely find and fortunate sizing brought the look back to the forefront. Well, almost, because Britney Spears is far from being the only celebrity to embrace the low-rise trend, and that’s the whole problem….

There are countless examples of influential public figures putting low-rise cuts right back out there. Take Emily Ratajkowski wearing a low-waist Miu Miu creation on the red carpet of the recent CFDA Fashion Awards. Or see Bella Hadid and Dua Lipa striking a pose, one in ultra low-waist leggings and the other in baggy pants showing off her hips. Then there’s Izabel Goulart embracing the belly chain. And the phenomenon is already well established on social media, since the “low rise jeans” and “low rise” hashtags count no less than 170 and 74 million views, respectively.

And luxury fashion houses are in on the game. At the last round of runway shows, dedicated to the fall-winter 2022-2023 season, low-waist cuts were seen on almost all the catwalks, in the form of skirts, pants, jeans or baggy pants, suggesting that the craze for this trend is not about to fade. Diesel, Lecourt Mansion, Gauchere, and Supriya Lele are some of the labels that have reintroduced — some 20 years later — low-waist styles into their collections. And that’s not to mention Dolce & Gabbana, which has made the look one of the key components of its spring-summer 2022 collection.

Earlier this year, a low-rise Miu Miu micro mini skirt quickly went viral on social media after many prominent celebrities the likes of Nicole Kidman, Hailey Bieber and Hunter Schafer were spotted wearing it. The beige pleated skirt, which was part of the brand’s Spring/ Summer 2022 collection, first appeared on the runway last year and was donned by model Rianne Van Rompaey. It proved to be a hit and sold out within weeks. The success of Miu Miu’s micro-skirt might have been a clue as to what was in store, and now, it’s actually happening — low-rise styles are certainly on-trend again.

And since trends now know no gender barriers, menswear will not be spared this unexpected return, as shown at the recently concluded Paris men’s fashion week.

Menswear is embracing the style in the same way as womenswear, with baggy pants, shorts, skirts, suit pants and jeans. This trend was seen at Thom Browne, Rick Owens, Rhude, and in the Jacquemus spring/summer 2022 collection.

NMD R1 to Superstar: These classic Adidas sneakers will never go out of style