Malaysian fashion designers including the likes of Zang Toi and Jimmy Choo have had their fair share of international recognition in the past two decades. In the last five years, a new wave of young and rising talents have been taking centre stage – owning the runway with a renewed confidence that beckons a promising future for the local fashion industry.

One of them is Moto Guo who captured the world’s attention as the first Malaysian to be named an LVMH Prize semifinalist in 2016. The founder and artistic director of his eponymous menswear label launched in 2015 is now a regular face at international fashion weeks with Japan and China being his biggest market. His whimsical fashion nuances paired with gender-fluid aesthetics have also earned him the nickname ‘Alessandro Michele of Malaysia’.

We also have Cassey Gan and Simon Mo who are now regulars at London Fashion Week as well as Fizi Woo who has garnered quite the attention during its showcase at New York Fashion Week. While each of these designers brings a unique point of view, there is a certain degree of romanticism that stems from an Asian perspective – serving a fresh perspective to the European and American markets.

So expect a celebration of colours, diversity and extravagance this season couched in functional, flattering pieces that are accessible to a wide audience. Here’s what our local fashion designers have in store for Spring/Summer 2019. Moto Guo is all about disrupting proportions. (Credit: Moto Guo) 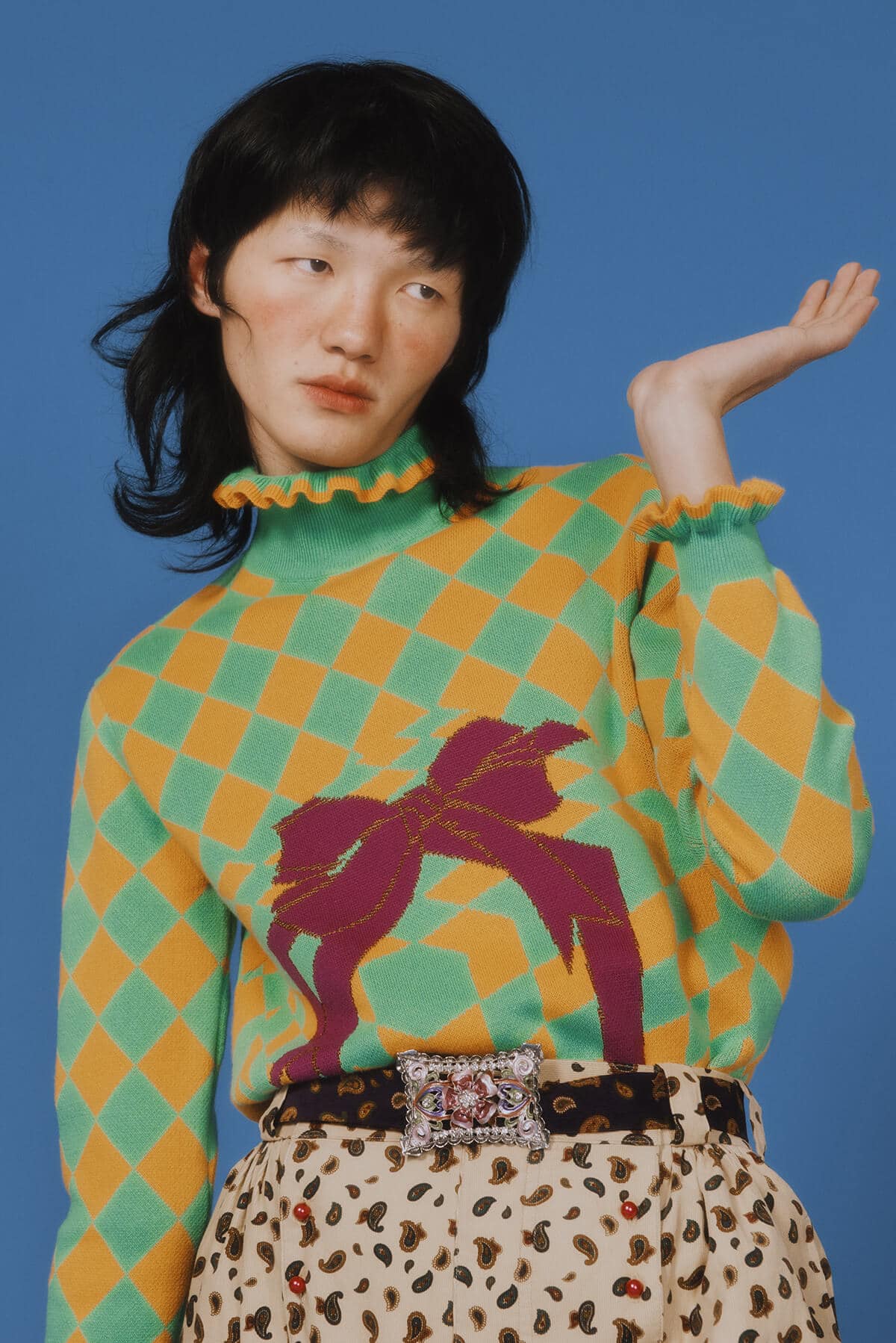 Expect the unexpected in Moto Guo’s SS19 collection. We’ve seen enough oversized silhouettes in his previous FW18 and this time, the young designer is showcasing more form-fitting pieces with a hint of satire. Checkers take precedence with old-school prints like paisley and bow ties accentuating the collection sparingly. Focusing on a more gender-fluid approach, Moto Guo’s pieces can be worn by both men and women – as long as you pair them well with everyday clothes. What we love is the sense of ease in the collection.

Style
The lowdown on menswear trends for Spring/Summer 2019 The skirt is inspired by the dunes of the Baltic island of Kihnu. (Credit: Chee Wei/Jonathan Liang) Paris-based Malaysian fashion designer Jonathan Liang who has worked with Givenchy has recently launched an exclusive collaboration with Lane Crawford for feminine prêt-à-porter collections sold across China and Hong Kong. In his SS19 collection, Liang explores the cultural values of the Kihnu women who are known for beautiful floral tapestry and handkerchief prints of flowers that are native to the Estonian island. The embroidery traces the colourful seas and dunes of the Baltic island with the Kihnu landscape as its main inspiration. The ready-to-wear collection is extremely feminine and romantic with a relaxed attitude. 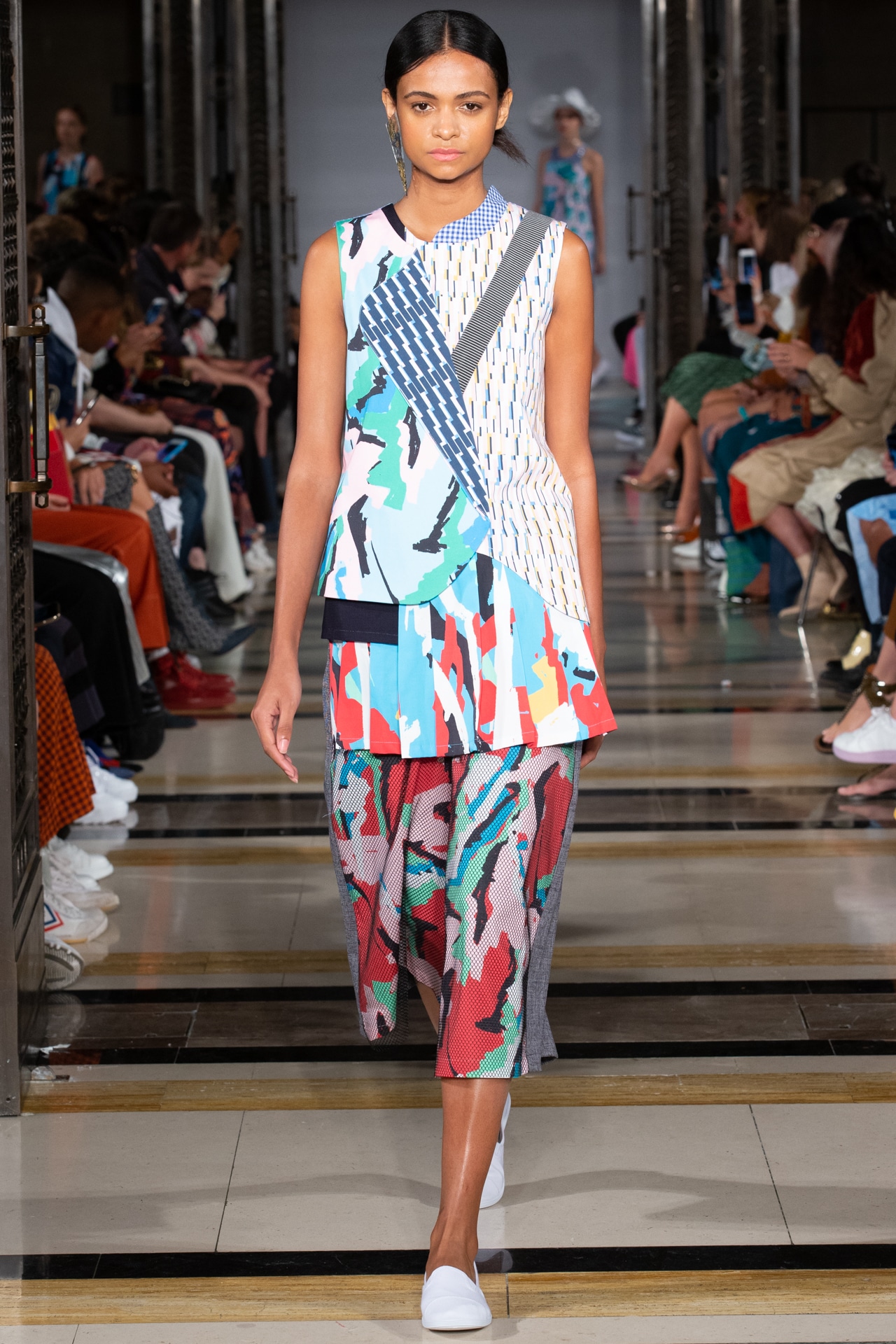 There are at least 5 different prints juxtaposed in this ensemble. (Credit: Cassey Gan)

‘Moving Viewpoint’ is the theme for Cassey Gan’s SS19 collection inspired by the art of British artist David Hockney. Gan studied fashion in London, which explains her affinity towards British artists and art movements, but her fashion aesthetics is one in a million. Her way of looking at separates and how she put different patterns together in a harmonious way has captured the attention of fashion publications like Vogue. SS19 is her most colourful ensemble to date, with prints that are abstract yet structured at the same time. The beauty of her pieces lies in the layering of separate pieces that look great as a whole but can be worn individually with everyday clothing.

Living
Rule Book: Cassey Gan on being a perfectionist in the business of fashion Bernard Chandran continues to interpret Asia’s diversity through his designs, colours, prints and creations in his SS19 collection – this time inspired by the 70s and 80s. Expect updated big lantern sleeves and volume shoulders that slim narrowly at the cuffs for a bouffant bounce to the lean fit look. Chandran’s modern take on the 70s is fun and effortlessly exciting with plunging neckline and strong shapes reminiscent of Krystle Carrington in the original TV show Dynasty. Marvel in prints and patterns that showcase the designer’s mixed cultural canvas; one that nurtures a new pop Asian identity – ‘kerawang’ flowers, mangosteen, durian and mackerel-inspired print. Fiziwoo takes inspiration from the Hundred Flowers Campaign from the Mao era in China for its SS19 collection. The shapes are inspired by Chairman Mao Zedong’s uniform – military style pocket square, padded shoulders and hip-length boxy cut jackets. However, the designers use soft fabrics like sheer, mesh and lace to achieve volume and form. The collection is sweet and romantic but shares a strong message on empowerment. The shades range from pastel blue to vibrant emerald green with various renditions of flowers that serve as offerings to the souls who have fallen in the movement. Party-ready with these dresses that are ready to move. (Credit: Khoon Hooi) Having spent almost two decades specialising in bespoke tailoring, Khoon Hooi is considered the godfather of fashion in Malaysia. His collection is showcased in exclusive boutiques around the world including Paris, the Middle East and Nigeria. For SS19, Khoon Hooi takes on a more carefree narrative with pieces that celebrate life – from a voluminous midi skirt paired with tangerine ostrich-feather top, to a one-shouldered navy satin cocktail dress dotted with bauble tassels, and palazzo pants detailed with sculptural ruffles. The palette is vibrant in shades of watermelon, pineapple, cool mint and tangerine. Expect a touch of old Malaya with motifs such as lush hojas (leaf), rayas (stripes) and cuadrado (squares).

Volkswagen and Tarik Jeans are saving the Malayan Tapir