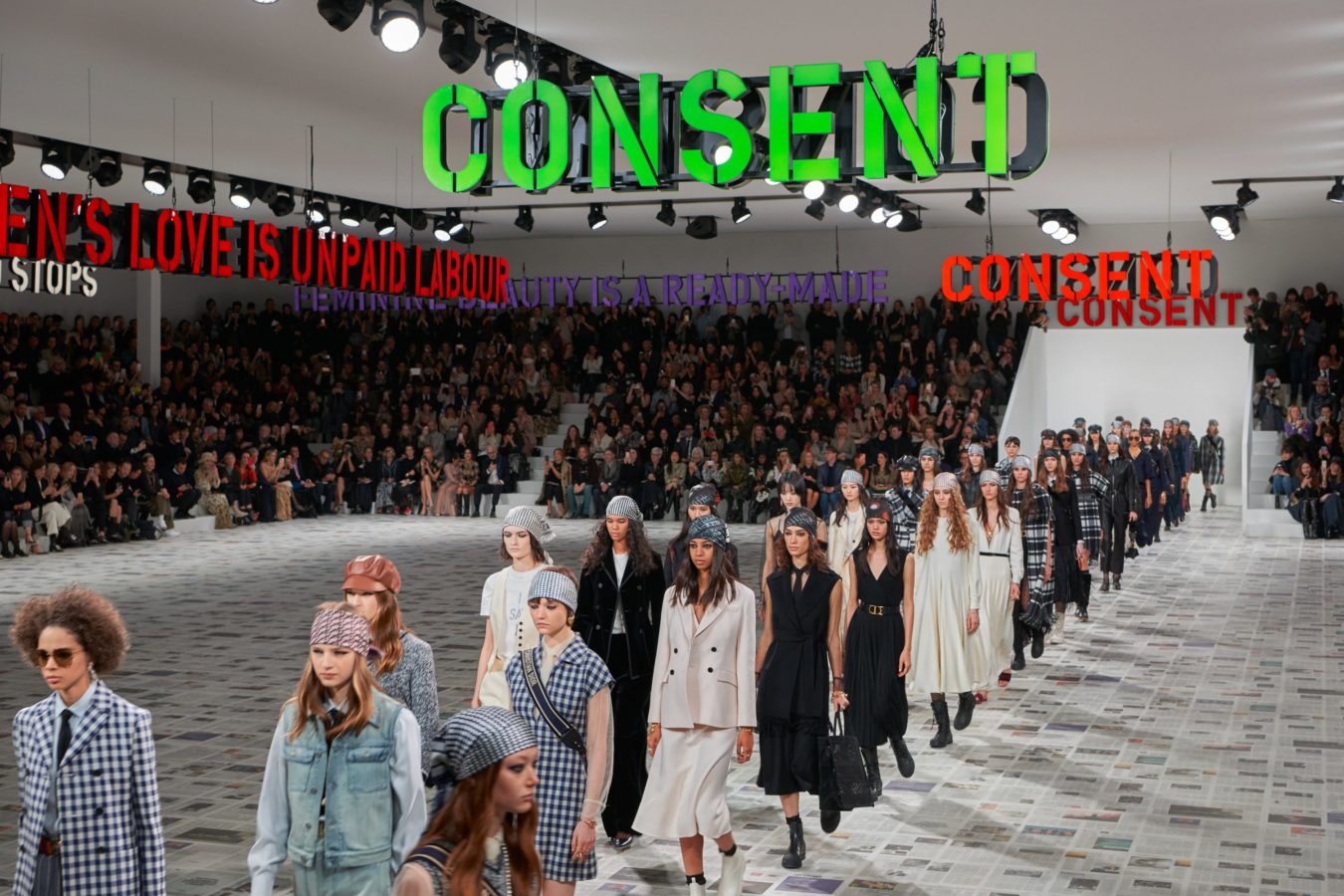 Designer Maria Grazia Chiuri raided her teenage diaries for a sometimes touching Dior AW20 show on Tuesday that made the personal political.

The Italian — the first women to lead the mythic French fashion house — dived back into the 1970s when the women’s liberation movement was shaking the world and fashion with it. The day after Hollywood mogul Harvey Weinstein was finally found guilty of rape by a US court, Chiuri sent her models out under three traffic light-coloured neon signs flashing with the word “Consent”.

Several other neon signs hammered home the designer’s well-known feminist and environmental beliefs, including “Women’s Love is Unpaid Labour”, “When Women Strike, the World Stops” and “Patriarchy = CO2”. Others like “Women are the Moon that Moves the Tides” were quietly poetic but just as powerful. 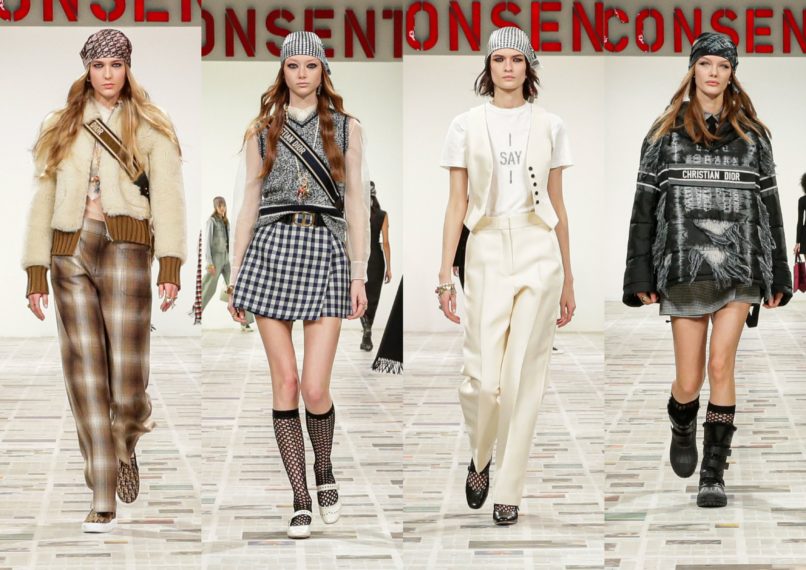 Chiuri said her clothes were a contemporary take on the decade that revolutionised relations between the sexes. And the counterculture references were there from the start, with most of her models wearing bandana scarves on their heads. Poncho coats, charm chains and shearling-lined suede boots and typical 1970s checks and argyle patterns ran cheek by jowl with more restrained black Dior classics.

There were also glimpses of Chiuri’s schoolgirl past in a handful of looks where she teamed big very un-Dior work boots with clothes that had echoes of customised school uniforms. She also sent out a run of looks pairing lace knee-high socks with Mary Jane shoes.

Chiuri told AFP that she was transported back to the period reading her teenage diary, which contained quite a few surprises. “I had not realised that all my references began to form during my adolescence. The 1970s had a big influence on what made me,” the 57-year-old said.

“Looking back now, I didn’t realise I was living through a real historic moment. What influenced me most was how women began asserting themselves, to show that they were not only mothers, wives and daughters but that they had several aspects to themselves,” the designer added. “I remember the women who would come to my mother’s dressmaking shop and who were defining themselves through their clothes and their way of being.”

With Hollywood stars including Demi Moore, Sigourney Weaver and Rachel Brosnahan in the front row, the show was also a tribute to the Italian feminist thinker and art critic Carla Lonzi. 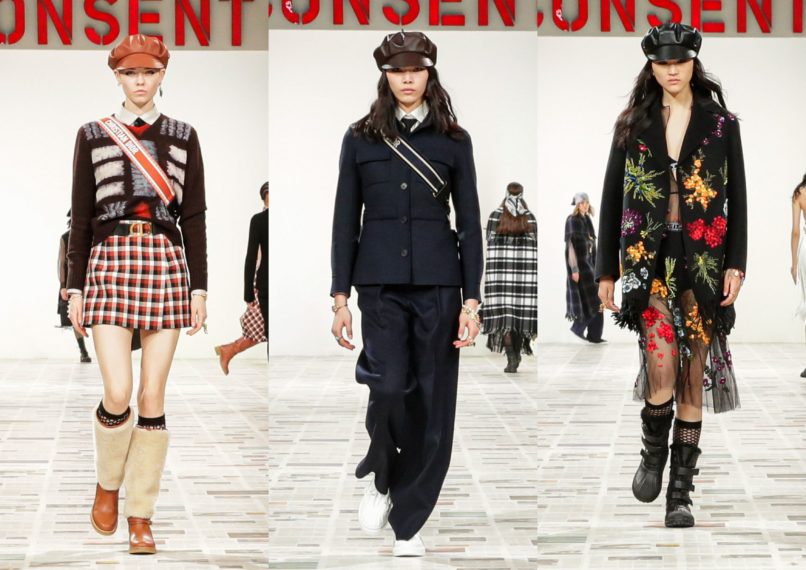 Lonzi’s famous slogan “We are all Clitoridean Women” was also turned into a blazing red neon by the art collective Claire Fontaine for the show. The line is a cheeky riposte to Freud, who Chiuri said considered the clitoral orgasm as “immature in relation to the vaginal one” and which traditionally needed male intervention.

Chiuri has had a big effect on street fashion since she took the reins at Dior three years ago, bringing the beret back into fashion in her first two shows. As well as the bandana/gypsy scarves, her schoolgirl take on the 1970s is likely to be widely copied, with ties under leather jackets, as well as her vintage checks and argyles. Watch out too for the new leather hybrid hat created by Dior’s British hatter Stephen Jones, who crossed the beret with the gavroche cap.