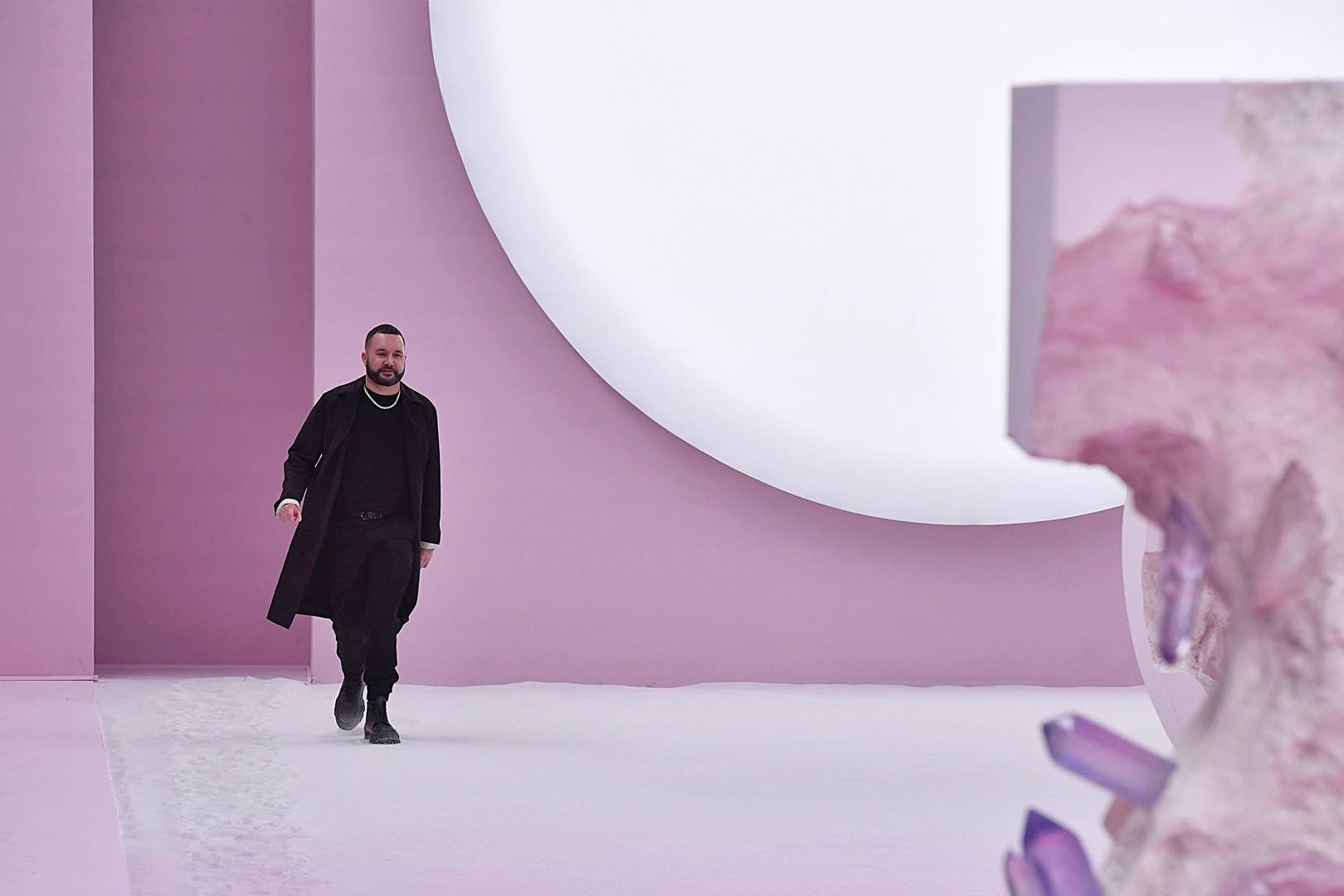 The rise of millennial pink is no accident. The colour’s popularity began in 2016 when it became the epitome of androgyny, growing at a time when fashion was moving towards diversity, gender-neutrality and nonconformism. Millennial pink was then seen in pop-ups, beauty campaigns, and the various realms of design in the past years. Today, despite efforts to bring consumers’ attention to a more shocking bright hot pink in 2017, it refuses to go away.

Style
Trend to try: Hot pink, because millennial pink is so 2016

The recent Spring/Summer 2020 Men’s Fashion Week furthers the omnipresence of this shade, as it dominated the runways. But with each season getting better and better, designers are all about finding the right shade of pink for SS20. Simon Porte Jacquemus, for instance, ghosted Paris to show his new collection in a field of lavender in Marseille with every possible tone of pink on a out-of-the-top magenta runway. Kim Jones took the set of Dior Men’s SS20 with a whole lot of dusty pinks.

Last year, Marc Jacobs also put his foot forward when he presented a more-is-more repertoire for SS19 through a myriad of soft pink tones for its womenswear — baby pink veils, pink padded blazers and puffy millennial pink dresses. Salvatore Ferragamo also stamped its point of view with pink power suits in its SS19 show as well. But what’s there for the men?

The distillation of this season for menswear marks the return of millennial pink tones. While the concept of men wearing pink is no longer a taboo, the colour itself is a statement on its own. There’s joy, curiosity and positivity in this shade. It is a colour that represents a multitude of meanings both socially and emotionally. In the fashion sense, it is a colour that dares you to stand out. So here’s a little advice: ditch those black and blue suits, replace them with a pair of pink pants and blazer.

Looking for some inspirations to dress up in pink? Here are the best takeaways from the recent Men’s SS20 collections.

Menswear Men's Fashion Week Millennial Pink SS20
Martin Teo
Content Editor
Martin loves traveling the world to see ancient ruins and classical architecture. He enjoys the culinary experience of various cities but (still) refuses to eat anything insect-like. On a daily basis, he finds time hitting the gym to compensate for the amount of food he needs to eat just to write an article.
Dining Living Culture Travel Style Home