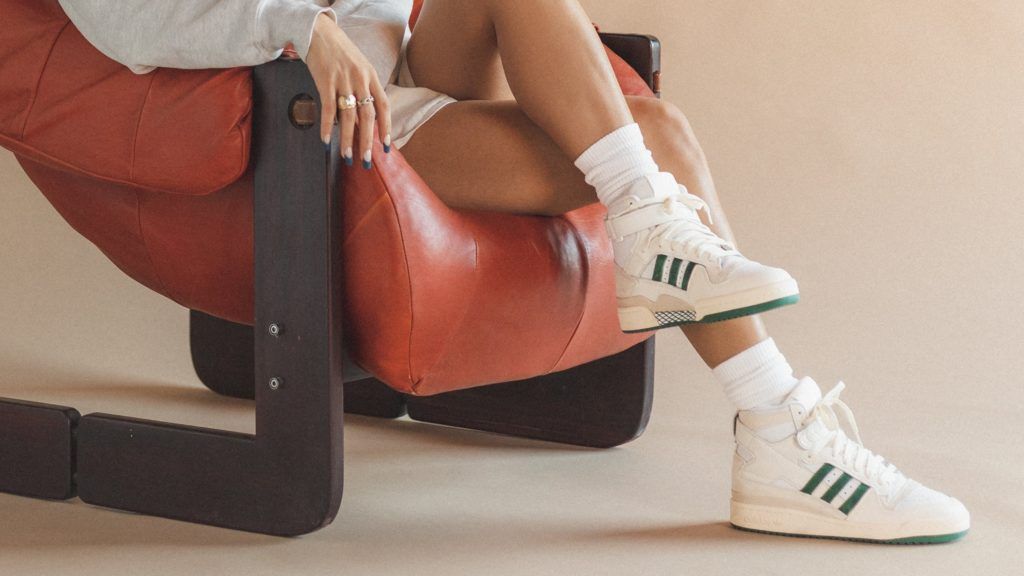 New sneakers to cop this week: Yeezy 500 in ‘Blush’, Gucci Run and more

Style
New sneakers to cop this week: Yeezy 500 in ‘Blush’, Gucci Run and more
Share this article
Next article

For one, Nike is reissuing the Air Jordan 12 “Retro” to the delight of basketball fans. The shoes were famously worn by Michael Jordan early on in his career, and today they offer a nice change of pace from the slew of AJ1 launches we’ve seen over the last few months. Adidas, meanwhile, is pushing the Forum 84, this time in classic collegiate colours that are still refreshing today.

And, perhaps as a statement that he is as relevant now as he was back in 2018, Kanye West is once again releasing the cult favourite Yeezy 500 kicks in the “Blush” colourway. More kicks below.

Sneak These Sneakers Into Your Rotation:

Taking cues from fellow Kering label Balenciaga, Gucci is finally doing sports shoes. Enter Gucci Run, a new sneaker for men and women that is crafted from technical knit fabric and shows off a prominent, wavy midsole not unlike those seen on Nike’s and ASICS’ athletic offerings. The shoes certainly look like running trainers, although their use on the track is limited by Gucci’s advice not to expose them to direct light, heat and rain. Still, a lack of a gym membership has never stopped fashion fans from exclusively dressing in athleisure. The Gucci Run will fit right into their wardrobe this year, especially with the array of colourways they come in.

Although immortalised in public consciousness as high-tops, the Air Jordan 1 does come in Low versions that are much easier on the ankles. Nike is releasing a pair for women that deviates little from the AJ1s that we know and love — the new shoes sport the iconic red, black and white hues — but offers a little something more. Height, that is, courtesy of those chunky platform foam soles.

If you’re as much a fan of the Adidas Forum 84 as Bad Bunny and Blackpink’s Lisa are, you’ll dig these new designs made in collaboration with New Jersey sneaker boutique Packer Shoes. The collaboration isn’t obvious, as both brands have left the basketball sneakers free from overt branding. Instead, the only thing that stands out against the off-white uppers and midsoles are the contrasting stripes, outsoles and netting details in navy, green or maroon.

The AJ1s aren’t the only kicks that Michael Jordan shot hoops in. Nike reminds us that the basketball legend sported these shoes during a successful season in 1997, so you’d be owning a piece of history with a pair. If you don’t care for basketball, you can still appreciate how well the design of the shoes still hold up today and how luxe they look (thank the use of tumbled leather). An embroidered tab on the heel reiterates the latter, saying, “Quality inspired by the greatest player ever.”

If you didn’t jump on the Yeezy hype train in 2018, you would have missed the release of these pared-back Yeezy 500 sneakers that immediately became a cult favourite. Four years later, you can now redeem yourself because Kanye West is once again dropping the shoes in this coveted colourway. The neutral colours bring out the mesh, suede and leather construction of the shoes, as well as those distinctive bulging midsoles. If you can’t wait, you can always shop your size on StockX.

Shopping Sneakers Gucci Adidas Yeezy air jordan new kicks
Lifestyle Asia
Sign up for our newsletters to have the latest stories delivered straight to your inbox every week.