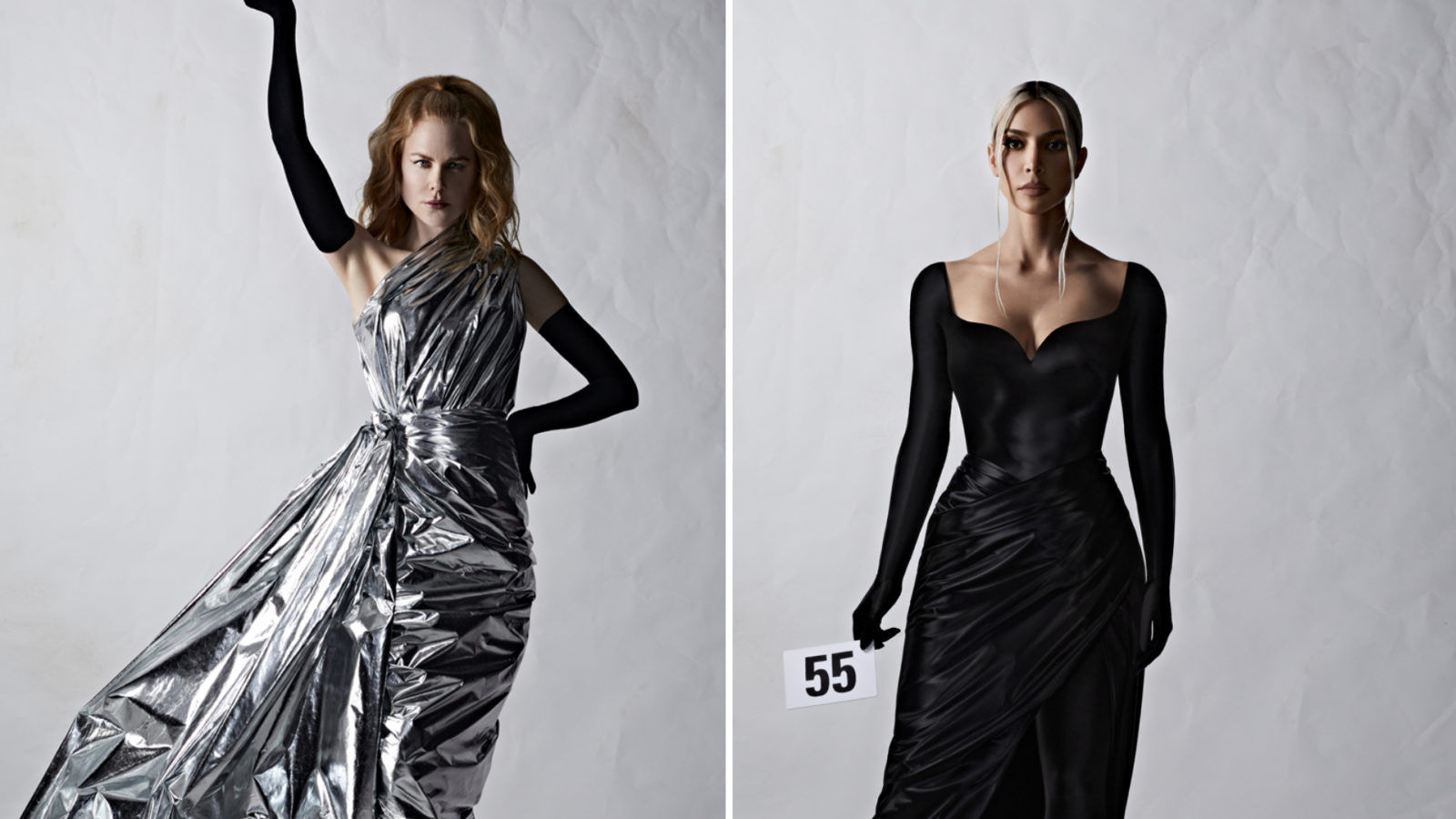 Prominent celebrities including Nicole Kidman, Kim Kardashian and Dua Lipa walked the runway for Balenciaga during the Paris Haute Couture Week on 6 July.

It was creative director Demna’s second haute couture show for the brand and the 51st Couture Collection of the brand itself. The star-studded event was held at the original Balenciaga couture salon.

She also shared behind-the-scenes footage from the show on her Instagram account, including her interactions with Campbell, Lipa, Hadid and Kardashian.

On her part, Lipa sashayed down the runway in a canary yellow, one-shoulder mini dress with a train and paired it with sheer black stockings and space pumps in glossy rubber.

Hadid, on the other hand, hit the runway in a bustier bell green technical silk dress. Quinn walked in a sparkling silver mini dress.

Supermodel Naomi Campbell was draped in a regal full-skirted design. The voluminous high-shine black ball gown was styled with a tall structured collar.

Apart from Nicole Kidman in a stunning Balenciaga creation, the other major highlight for the attendees was Kim Kardashian on the runway.

Making her Paris Fashion Week debut, Kardashian dressed in a plunging, full-length black gown with sweetheart neckline and built-in gloves, which she paired with boots for her catwalk.

A long-time Balenciaga collaborator, she expressed her delight through Instagram stories.

“Walked in my first Paris Fashion Week show and a couture show at that!” she wrote. “OMG! A dream come true. Thank you Balenciaga and Demna.”

The haute couture presentation at Paris marks one of her biggest collaborations with Balenciaga, which unveiled her as the face of the brand in February 2022.

As she walked, Kardashian was cheered on by members of her family, including mother Kris Jenner and daughter North West, both of whom were in attendance.

A bevy of other celebrities including Offset, Alexa Demie and Tracee Ellis Ross were also present at the front row.

What else was displayed by Balenciaga?

Before the celebrities took the runway, Demna showcased a unique Balenciaga collection featuring a spectacular array of skin-tight bodysuits and ball gowns.

Models walked out with their faces covered by unique black helmets, adding a touch of mystery to the event.

Demna previously has had celebrities to walk for the brand. For the Spring/Summer 2022 Balenciaga show during Paris Fashion Week, Lewis Hamilton, Offset, Elliot Page and Isabelle Huppert were some of the names who walked in the Georgian designer’s creations.

Everything to know about Fabrican, the material spray-painted on Bella Hadid during Coperni’s PFW show