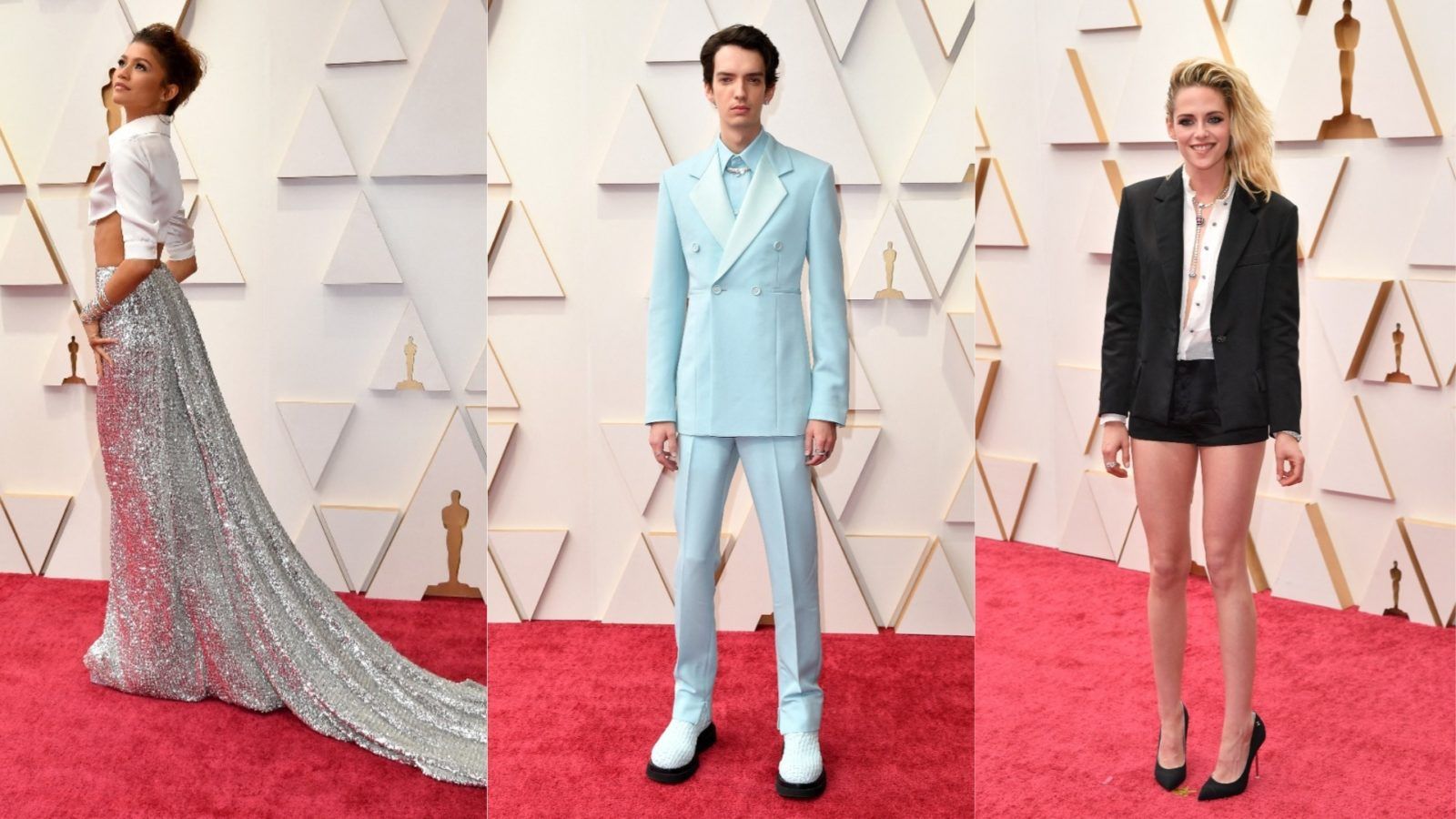 The 94th Academy Awards (Oscars 2022) were held on 27 March at the Dolby Theatre in Los Angeles. All our favourite stars graced the red carpet dressed in their best looks. Everyone, including the presenters and nominees, brought their A-game when it came to stepping out all decked up.

From bright hues to flirty silhouettes, the celebrities wore outfits that are sure to be a part of the year’s trends list. Black seemed to be the colour of choice for many stars like Timothée Chalamet, Kristen Stewart, Billie Eilish and Youn Yuh-jung. Among the designers seen at the red carpet were Gucci, Chanel, Louis Vuitton, Bottega, Saint Laurent and Jean Paul Gaultier.

Here are some of the Oscars 2022 best looks

Red Carpet Best Dressed Celebrities Zendaya Oscars 2022
Divya Jain
When not editing copies, Divya can be found reading a book, listening to horror podcasts or planning her next trip. She is a coffeeholic like Lorelai Gilmore who always needs 'coffee in an IV.'
Lifestyle Entertainment Travel
Sign up for our newsletters to have the latest stories delivered straight to your inbox every week.