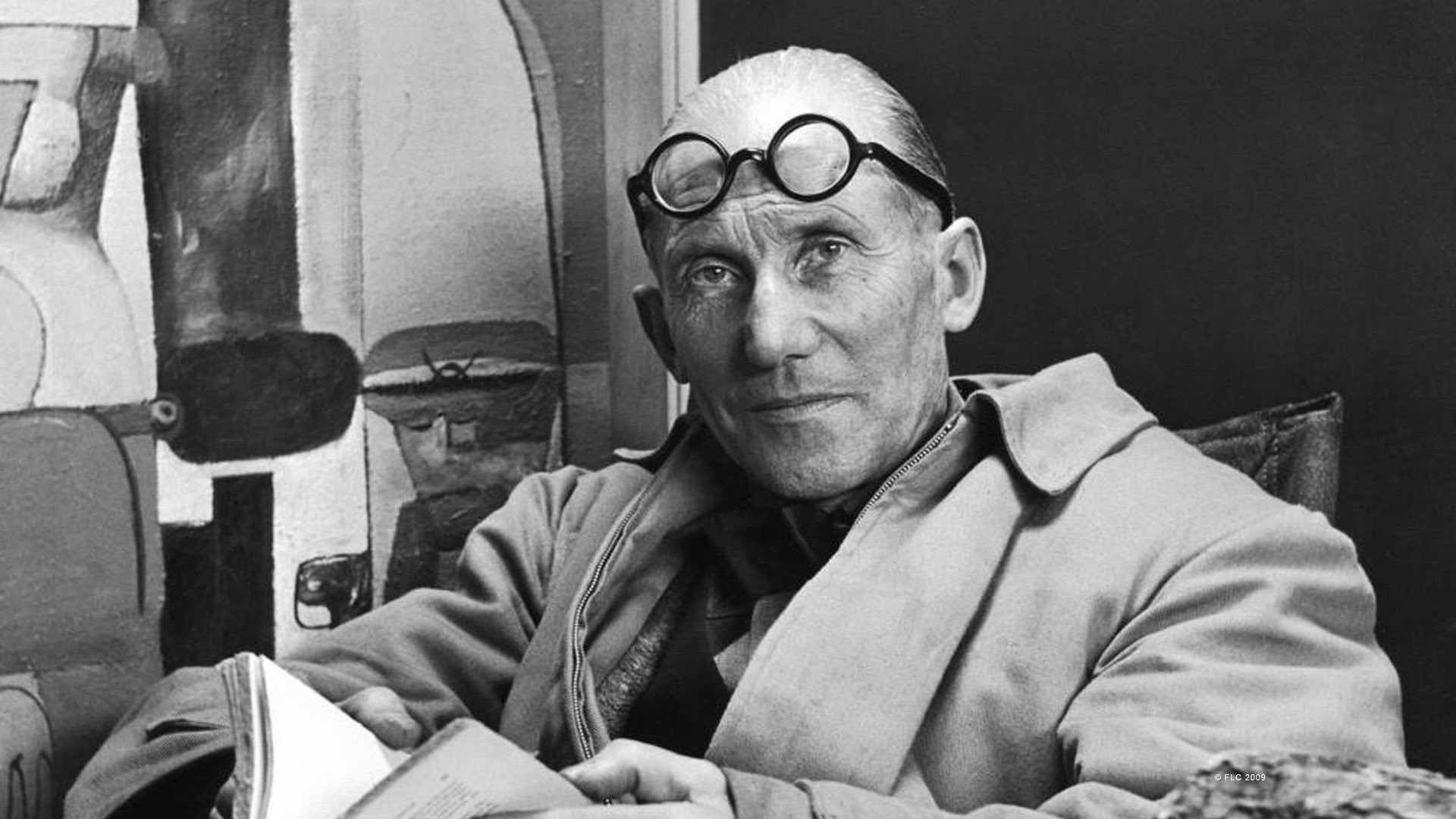 A retrospective of eyewear and the gentlemen who wore them

Eyeglasses or spectacles started as medical devices for vision correction and protection. Its existence can be traced back all the way in Europe during the 13th century when the first eyeglasses were made in Northern Italy. The earliest pictorial evidence was found in Italian painter, Tommaso da Modena’s 1352 portrait of the cardinal Hugh de Provence; seen reading in a scriptorium with hand-held glasses.

By the early 1700s, the monocle was invented; used mostly to examine precious stones and elaborate antiques, close-up. It wasn’t until the late 1800s that the pince-nez was developed, enabling the spectacles to sit on the bridge of the nose. However, throughout the course of history, there was no concrete evidence to claim who actually first designed the concept of eyeglasses. Even in the early 1900s, wearing spectacles was considered socially humiliating.

Eyewear started to gain popularity when celebrities and leaders of respective decades began to wear them publicly, moving them from the realm of medical appliances to fashion statements. Their public appearances donned in what the era would consider ‘unusual’ eyepieces created a character for each personality.

When James Dean wore the classic horn-rimmed glasses in his 1955 movie Rebel Without a Cause, every American wanted to have a pair of those glasses. He died at 24 and much of his legacy boiled down to these identifiable bullet points: white t-shirt, wind-swept quiff, cigarette and the tortoiseshells.

The spectacles added a slightly different edge to Dean’s persona. Dean popularised the use of tortoiseshell as the most demanded material for eyeglasses in the 50s and 60s; simply by wearing them in his movies and posters. Today, the horn-rimmed glasses have its name inscribed as the JD shape – also made famous by Johnny Depp who is a huge aficionado of the James Dean style.

Many prominent people in the 50s and 60s were also accidental eyewear icons, not by chance but by choice. What they chose to wear represented authority, credibility and aesthetics; all before the presence of pop culture and disruptive fashion styles. Musicians, architects, fashion icons and even political activists; each secured the legendary status as the embodiment of an eyewear icon.

While 2018 eyeglass trends are moving towards slimmer metal frames, retro minimal pieces and colourful transparent hues, classic shapes that have defined the eyewear lexicon remain evergreen. We take a walk down memory lane to revisit the everlasting fashion statement styles for eyewear that will never go wrong – the perfect guide to getting the classic vintage dapper look (for the gentlemen) and that sophisticated commanding grace (for the ladies).

Mahatma Ghandi – Round Glasses
Ghandi bought his first pair in the 1890s when he was in London. However, he used it more as an accessory than a visional aid. It was during a protesting communal riot that he decided to give up Western clothing (and put on a khadhi) and shaved his head – while still having his glasses on – that gave his iconic eyeglasses a mention in the history books. The round glasses were popular in the early 1900s when acetate was yet to be created. Glasses were made using gold, silver or metal – hence, the rimless glasses. Ghandi wore the same pair he first bought when he was shot in 1948. Its soft yet intellectual demeanour has strong personalities like John Lennon, Steve Jobs and even Harry Potter sporting this style.

President John F. Kennedy – Wayfarers
It’s an open secret that President John F. Kennedy had a great liking for tortoiseshell sunglasses that complemented his image as one of the greatest game-changers in history. Over time, the specky look became a hallmark to his ineffable charisma. The Wayfarers sunglasses were the one element of style that gave the extra edge to the JFK style. However, what was initially claimed as the Wayfarers was actually an American Optical Saratoga model; which looked almost identical to the latter. The JFK style has since garnered reputable thumbs-ups from the fashion industry, with giant eyewear players like Ray-Ban producing the Wayfarer sunglasses – an all-time favourite loved by many across the globe.

Colonel Sanders – Browline
You will not believe that the man behind your favourite fried chicken, KFC was also a trendsetter for eyewear. Jack Rohrbach designed the Browline in 1947 as a variant to the vintage horn-rimmed glasses. Very quickly, it became the orthodox style of the 50s worn by many prominent Americans and political figures including the controversial Malcolm X. A modern expression of masculinity and strength, the Browline got its name from the way the bold upper part of the frames capped the lenses; the same way the eyebrows framed the eyes. Many Hollywood celebrities also carried the style in the 80s including Bruce Willis and Kevin Costner.

Le Corbusier – Thick Round Glasses
Not only was Le Corbusier one of the fathers of modern architecture, but also of the round eyeglass movement. His famous owlish frames were actually made-to-order at Bonnet, an elite Parisian eyeglass shop whose clientele includes designer Yves Saint Laurent. The unpretentious, round shape reflects Corbusier’s functionalist ideals and clean forms seen in his works. The eyeglasses quickly became a signature style accessory and have since inspired the likes of fellow architects Philip Johnson and I.M.Pei who also sported the same style for decades to come.

James Dean – JD Shape
The classic 1950s Universal frame made famous by James Dean in the 1955 American film, Rebel Without a Cause’ remains as one of the most popular styles up to this day. The flattering lines and graceful design of the JD Shape offer versatility and great fit to almost every face shape. Emulating Dean’s style, Johnny Depp began re-popularising similar eyewear shapes (worn by Dean) in the 90s; reviving the popularity of this vintage design. The moniker JD shape is coined after both Dean’s and Depp’s initials.

John Lennon – Mayfair
1970s was the decade both John Lennon and his wife, Yoko Ono made big waves as mainstream trendsetters in the entertainment industry. Both Lennon and Ono had exquisite tastes for eccentric things paired with crisp utilitarian styles. The one thing both had in common was the love music and eyeglasses. In the summer of 1979, Lennon visited Japan with Ono and stumbled upon the “Mayfair” model. He purchased three models (clear, caramel-yellow and honey-orange; each frame fitted with three different coloured lenses (brown, green and blue) – carrying a total of 9 pairs. The clear acetate frame shot to overnight fame – why – Lennon wore the exact model when he was killed in 1980. His unusual choice of yellow and orange also led to fashion icons like Madonna into wearing similar pieces in the 90s. This model has recently been reproduced by Nakanishi 1928, a 4-generation family of eyewear artisans who inherited the original blueprints of the model from the original master craftsman of the Mayfair.

Eyewear John F. Kennedy spectacles eyeglasses John Lennon Jackie O eyewear trends le corbusier colonel sanders Mahatma Ghandi James Dean vintage eyewear
Martin Teo
Editor
Martin has a bent for history and food culture, especially of the Peranakan heritage. Since the pandemic, he finds joy in plant parenting and continues to expand his collection of Philodendrons, Anthuriums, and Syngoniums. He's now on a lookout for the elusive Philodendron Florida Beauty to add to his urban garden.
Dining Living Style
Sign up for our newsletters to have the latest stories delivered straight to your inbox every week.