Home > Style > Fashion > Why is Richard Quinn a rising star in British fashion? 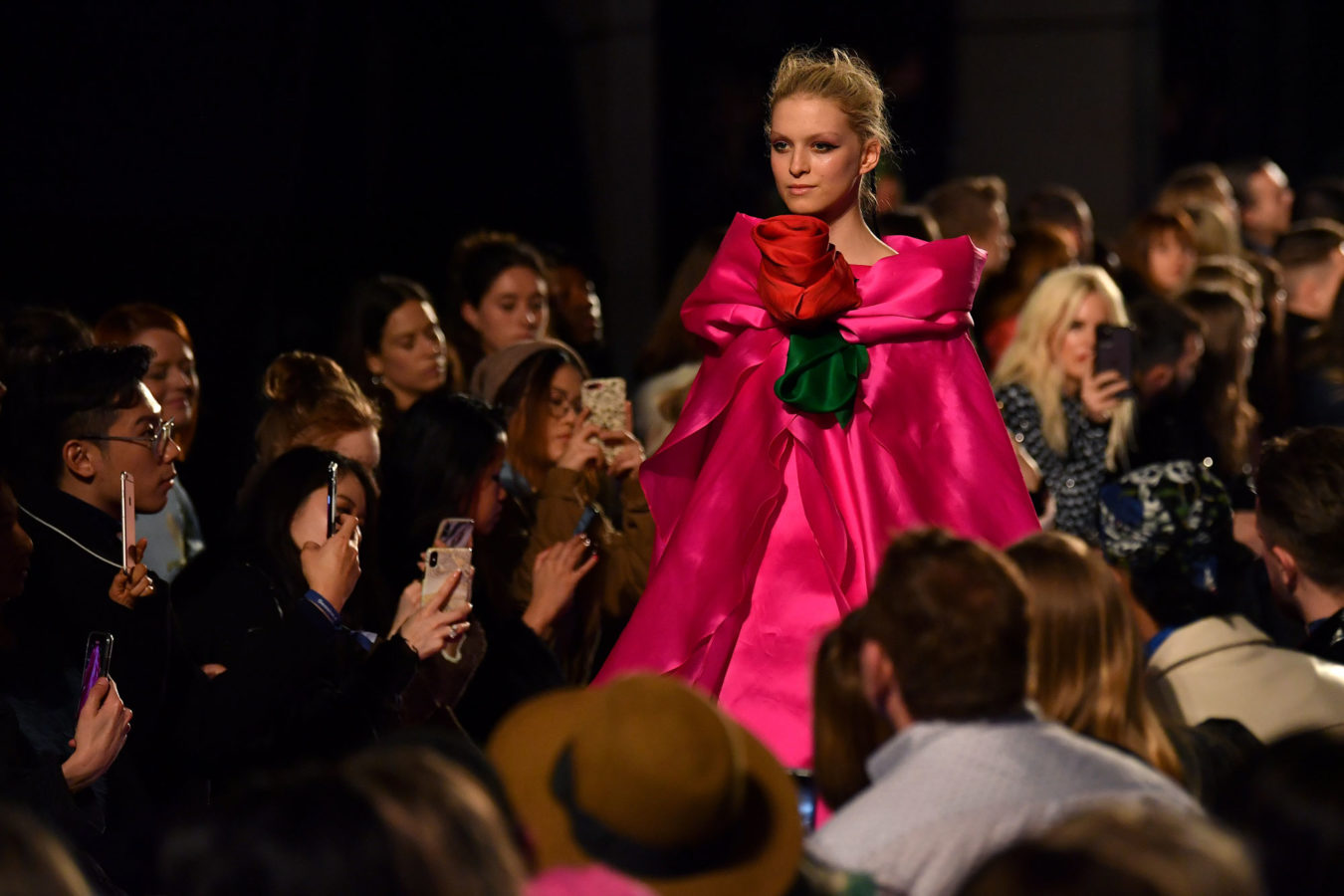 Why is Richard Quinn a rising star in British fashion?

Style
Why is Richard Quinn a rising star in British fashion?
Share this article
Next article

A graduate four years ago from London’s prestigious Central Saint Martins, Quinn was quickly recognised for his daring and originality and big names such as Amal Clooney have worn his work.

There were rich colours, dresses with trains, flowers, crystals and feathers galore at the show held at an art deco venue near Westminster in central London.

Earlier in the day, different aspects of femininity lit up London Fashion Week, from the chic of Petar Petrov to the playful colours of Molly Goddard and the unabashed glamour of Halpern.

Dozens of demonstrators blocked the road near the main building hosting the catwalk shows, which began on Friday and continue until Tuesday.

“We started by blocking the road, four people were wearing barbed wire dresses and attached themselves to the ground,” said XR spokeswoman Sara Arnold.

“The system is based on obsolescence, exploitation and overproduction. This affects the planet, the people, the animals. It needs systemic change.”

It is not the first time “XR” activists have targeted fashion week, having covered themselves in fake blood and tied themselves to the entrance at last September’s event.

The movement sent a letter on Monday to the industry lobby group British Fashion Council asking them to cancel London’s fashion week in September.

Conscious of the accusations, the industry is this week showcasing its efforts in an exhibition dedicated to “positive fashion”.

Many designers concerned about the impact of fashion on the environment are choosing to use renewable or recycled materials and support local craftsmanship.

But environmental activists believe this is not enough and that urgent action is needed.

The protest took place on the second day of Fashion Week, which saw the first London show of Petar Petrov, who presented his women’s autumn/winter 2020/21 collection.

The designer, whose brand has just celebrated its tenth anniversary, unveiled the elegant and sober collection in the surroundings of the Royal Institute of British Architects (RIBA) listed headquarters located near Regent’s Park.

The collection was marked by extra long flared sleeves and wide trouser suits held in place by thin belts.

Versatility was key, with coats worn as dresses and scarf necks and draped jackets that can be tied in different ways.

Grew up without elegance

“I grew up without elegance, I grew up in a socialistic town and everyone had the same,” said the designer, who grew up in Bulgaria and the Ukraine with his tailor mother.

He inherited her love of fabrics, a legacy that has become central to the company’s ethos.

By contrast, Molly Goddard brought bright colours and fun to the catwalk, with candy-pink tulle dresses and frills on display.

The 31-year-old Briton said she was inspired by her childhood and visiting London’s vintage markets.

“It was sort of the starting point for my collection, my childhood near Portobello market, it was such a fun area,” she said after the show, explaining that as a child she dressed up especially to go to the bric-a-brac stalls.

Their spirit is reflected in her mix of styles, with dresses and petticoats worn with mohair sweaters in an explosive palette of canary yellow, royal blue, pink, red and fuchsia, the designer’s favourite colour. 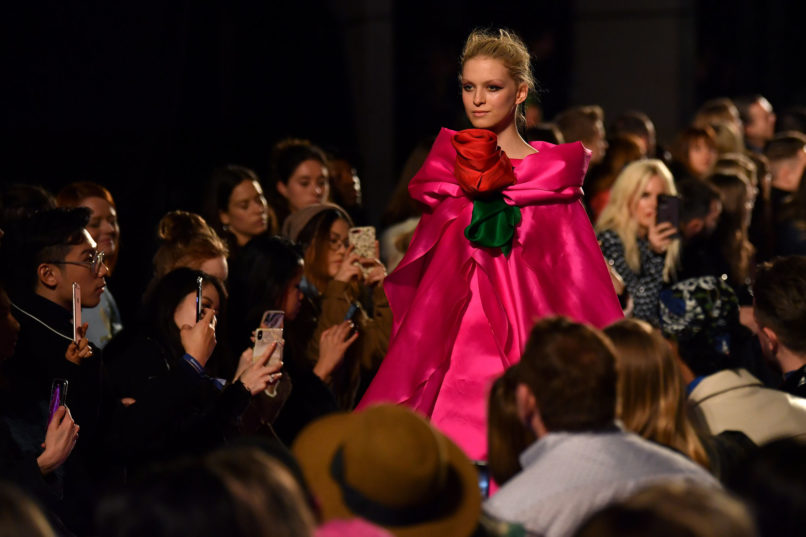 Fuchsia and electric blue fabrics showered in sequins were the shimmering themes for Michael Halpern, a London-based New Yorker who has been called the “king of new glamour”.

The London offering of Halpern, who worked at Oscar de la Renta and Versace before launching his eponymous collection, featured short, busty dresses adorned with giant bows, or flared trousers with multicoloured sequins, resulting in an overall theme of unfettered female glamour.

Chic In The City with Amanda Chaang: On sustainability and slow fashion