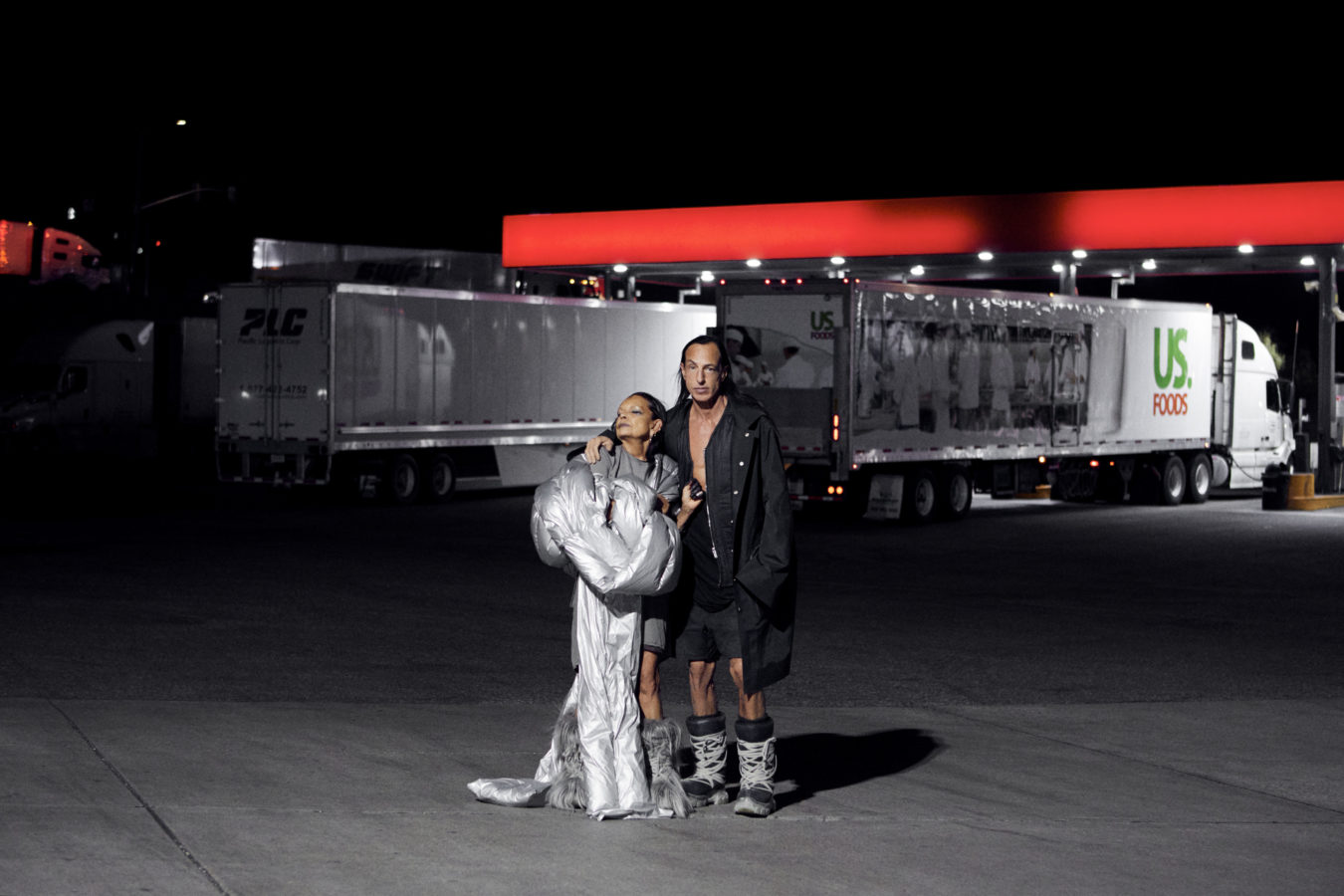 Rick Owens is the latest creative to team up with Moncler.

The fashion designer and the Italian brand have announced a recent collaboration, as part of the latter’s ongoing ‘Moncler Genius’ concept. The results of the partnership will be unveiled in Milan this week, but Owens has revealed a few key details about the collaborative process — which involved him and his wife driving out to Nevada in a customized tour bus.

“Moncler approached me about a collab and I took advantage of the moment to ask them to do something different — to customize a tour bus for hun and I to make a road trip from LAX to Michael Heizer’s ranch in Nevada…,” Owens explained via a statement. “Heizer had invited us to see his monumental land art piece ‘City,’ 48 years in the making… and I hadn’t been to the west coast since I moved to Europe 18 years ago… I was kind of thinking about Joseph Beuys travelling to the US from Germany in the Seventies, landing at JFK, being wrapped in felt and taken by ambulance to his NY gallery to live with a wild coyote for three days in his installation ‘I like America and America likes me,’ and then going straight back to Germany the same way…”

The custom tour bus will be exhibited in Milan on February 19 and available to order, as well as the clothes Moncler made for the duo to wear on their tour. Moncler has been teasing the outfits via clips uploaded to Instagram that show the couple walking through the desert, while Owens posted a mysterious black and white photo teasing the project to his own social media account.

Owens is the latest in a string of high profile creatives to participate in the Moncler Genius series, which was pioneered by the house’s CEO and creative director Remo Ruffini in 2018. The project has produced capsule collections with JW Anderson, Pierpaolo Piccioli and Craig Green, to name just a few.

This article is published via AFP Relaxnews.
You might also like ...
Style
How utilitarian lifestyle brands are entering mainstream luxury fashion
Style
Utility wear gets a fashionable update this year, according to designers
Food & Drink
Gucci Osteria da Massimo Bottura Beverly Hills restaurant opens
Travel
Los Angeles Travel Guide: What to do in the City of Angels
Staff Writer
Style