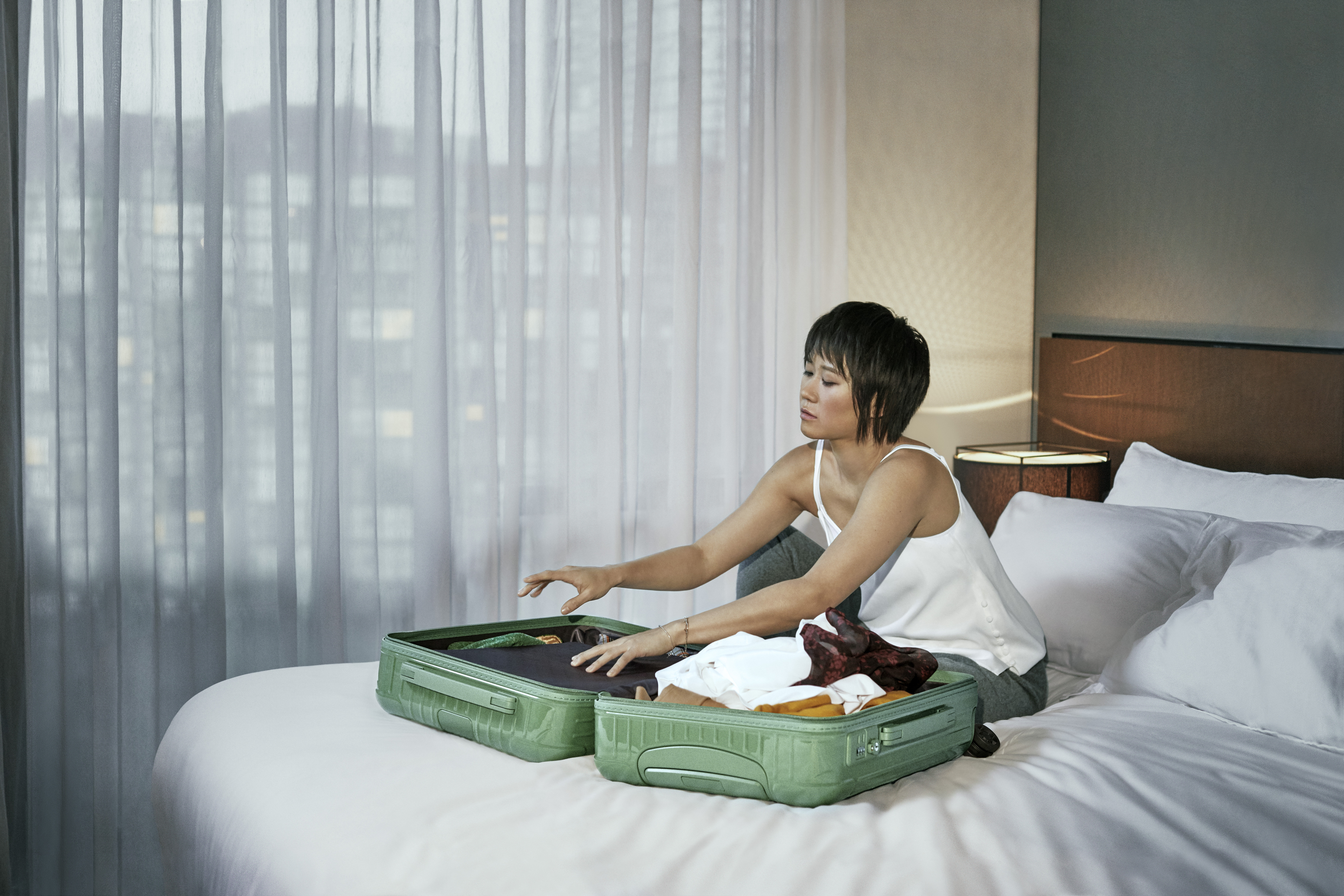 Rimowa has been around for over a century now, changing the way we perceive luggage bags. What started out in 1898 has since become a global phenomenon as Rimowa is now a household name the world over. Rimowa is all about travelling in style with its aluminium suitcases, which has since grown to be a Rimowa signature style.

Following last year’s 120th anniversary and the launch of its first-ever global integrated brand campaign, Rimowa is back again, continuing on the topic of purposeful travel. Titled ‘Never Still’, Rimowa’s latest global campaign speaks to three iconic friends of the brand, all of whom have their own impactful and intimate story to tell.

Rimowa’s first global brand campaign talks about a fundamental belief that being the best in your respective field is a never-ending journey. The same ethos is applied to its second global campaign, this time focusing on the hardships these three individuals had to go through – both real and metaphorical.

The three friends of the brand are none other than three-time NBA champion, LeBron James; Dior Men’s artistic director, Kim Jones; and Chinese pianist prodigy, Yuja Wang. All three personalities share an intimate view into their lives when they’re on-the-go and how constant challenges drive them towards success.

There is no other sporting athlete quite like LeBron James. Arguably one of the NBA’s most revered and respected players, he is the perfect example as to why quitting is never an option. Having grown up without a father figure in his life, James found solace in basketball. Jumping straight into the NBA right after high school, James was and still is a major contender for the GOAT (greatest of all time) award, which is usually tied between him and Michael Jordan.

Throughout his career, James has had to go through numerous hardships, which are still going on to this day. In the video, James opens up about his continual journey on the road and the wisdom he has gained from it over the years. The film also points out the legacy James is leaving behind in the form of the groundbreaking Akron public school known as the ‘I PROMISE SCHOOL’ in his hometown of Akron, Ohio for underprivileged youth.

The current creative director for Dior Men definitely knows a thing or two about what it takes to go the distance. Kim Jones has steadily built a legacy for himself over the years, most notably with his various collaborations with many other luxury brands. He has also held the mantle of creative director on two different occasions: Alfred Dunhill Ltd. in 2008 and Louis Vuitton in 2011 before stepping down.

“I think, if you don’t go into the unfamiliar, you don’t feel uncomfortable. And if you don’t feel uncomfortable, you can’t challenge yourself,” said Jones in an intimate look into how he works and travels. Being a fashion designer, Jones finds inspiration wherever he goes, whether it’s on the busy streets of Japan or the jungles of India. The video above showcases his love and admiration for both countries, which comes together in surprising ways to fuel Jones’ imagination.

Child prodigies are few and far in between; Yuja Wang is one of them. At the tender age of 12, Wang left China to pursue her dream of being a renowned pianist. By the time she was 21, Wang was already an internationally recognised classical pianist, performing around the world. Wang has also won numerous awards over the years, most notably the Echo Klassik Young Artist of the Year award in 2011 and Musical America Artist of the Year in 2017.

Constantly on-the-go, Wang lives her life out of a suitcase as a lifetime performer demands a certain lifestyle. However, that has not stopped her from fuelling her craft every time she travels. Instead, she uses the restlessness from the constant travelling and channels it into her performances, leaving audiences wowed the moment her fingers touch the keys.

Rimowa Kim Jones rimowa luggage lebron james yuja wang
Wi-Liam Teh
Senior Writer
Wi-Liam is a geek at heart with a penchant for tattoos. Never without a drink in hand (preferably whisky, gin, or Guinness), he is also a writer by day and a keyboard warrior by night. On his day off, he masquerades as a streetwear and sneakerhead enthusiast while his bank account says otherwise.
Tech Cars Watches Entertainment Food Drinks