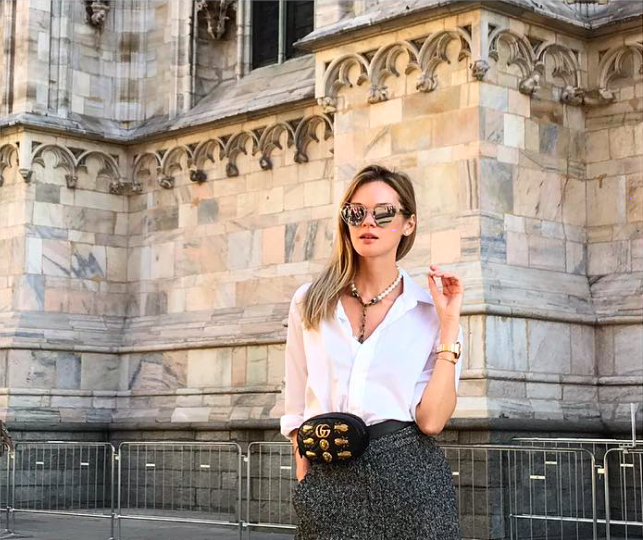 Top collections for spring/summer 2018 brought us from New York all the way to London in just a matter of days. And our fashion journey won’t end in the UK as we’re roaming along the cobbled streets of Italy this week for the last instalment of 2017’s Milan Fashion Week.

Memorable shows from Bottega Veneta and Versace — where we saw the dramatic runway reunion of supermodels like Cindy Crawford, Claudia Schiffer, Naomi Campbell, Helena Christensen and Carla Bruni in honour of the 20th anniversary of Gianni Versace’s tragic death — may have been over over. Still, that won’t stop us from looking back at #MFWSS2017 highlights, which include the best of street fashion we’ve seen from its ever stylish guests.

Our eyes feasted over varying street style looks during MFW. But in a sea of slouchy suits and eye-popping prints, we turned away from the street style that fashion editors and models brought out from 20 to 25 September to focus on a single outfit that any woman can easily replicate.

Whether you’re headed for a meeting at work or coming out of the office for a quick coffee catch-up with a friend, you’ll find Anastasia Masiutkina‘s pretty laid back ensemble relatable and quite easy to replicate. This model, broadcast journalist, and influential blogger from Switzerland showed up in a black and white ensemble that’s weather appropriate in a tropical country like Malaysia that’s approaching the wet season.

So head on to the gallery and click on (+) symbols if you want to steal her impeccable corporate meets street style.