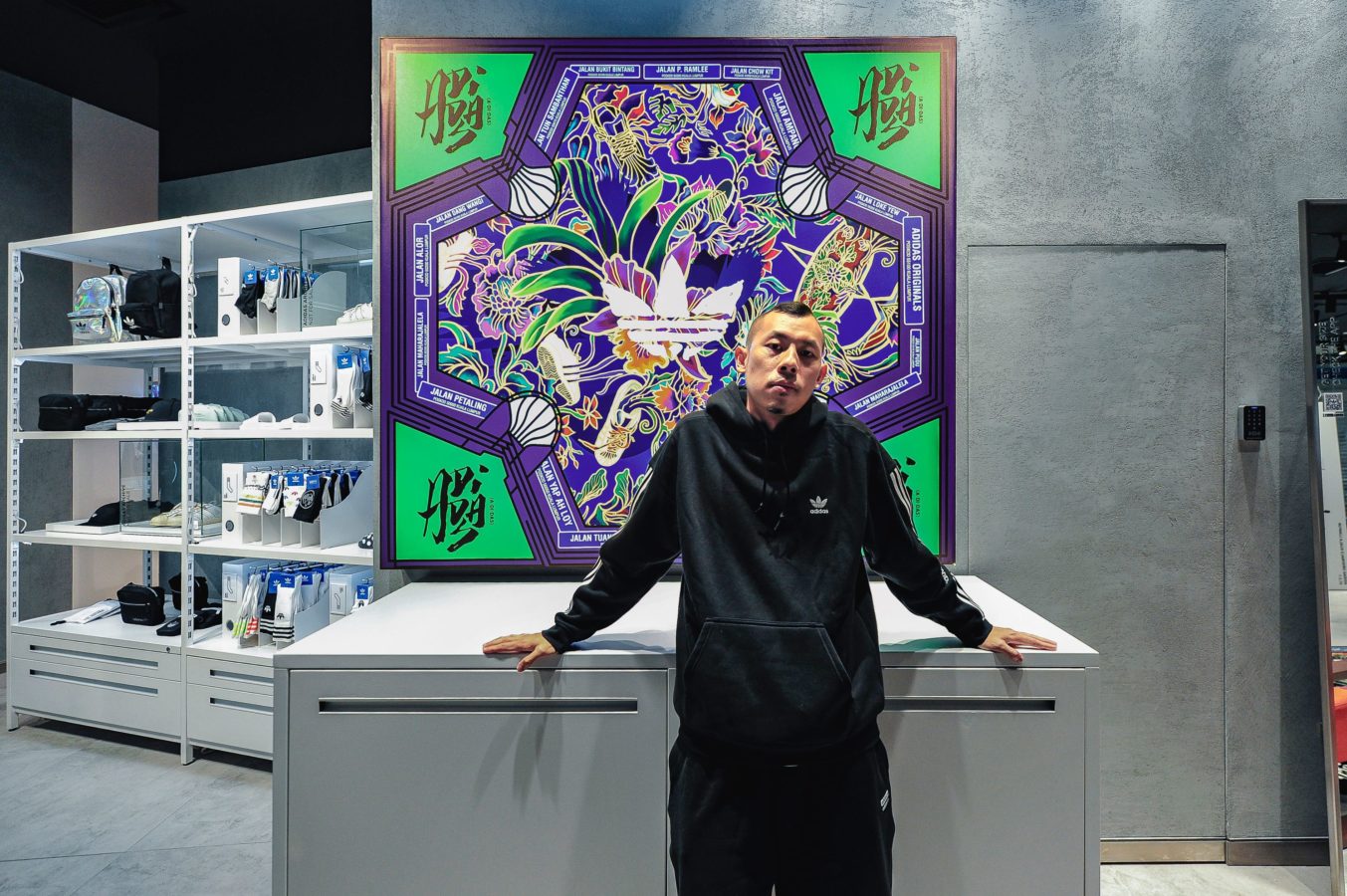 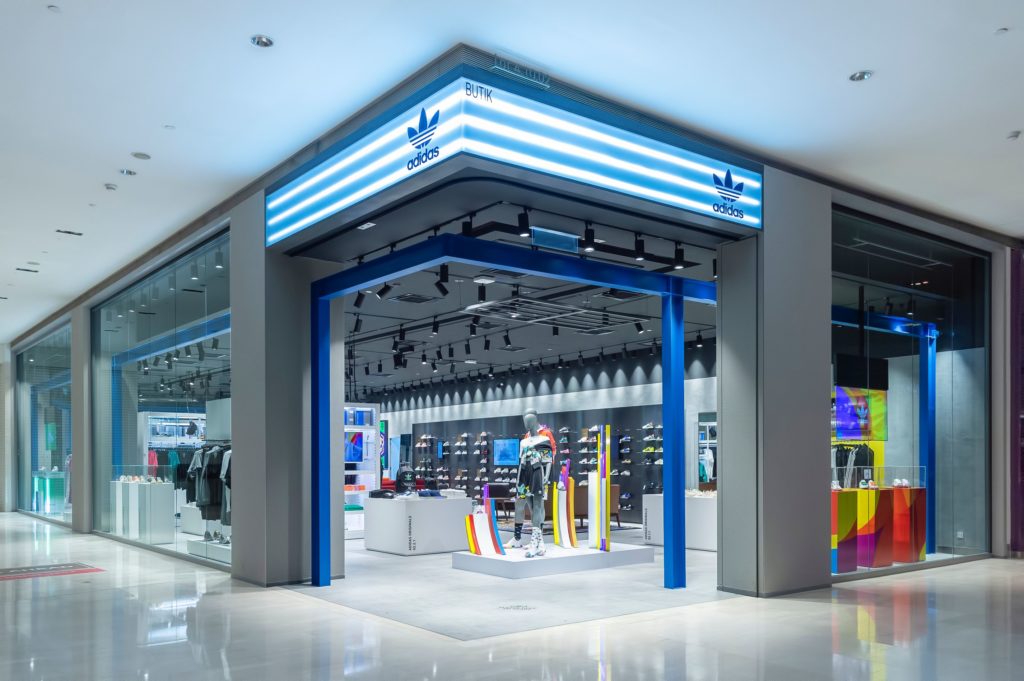 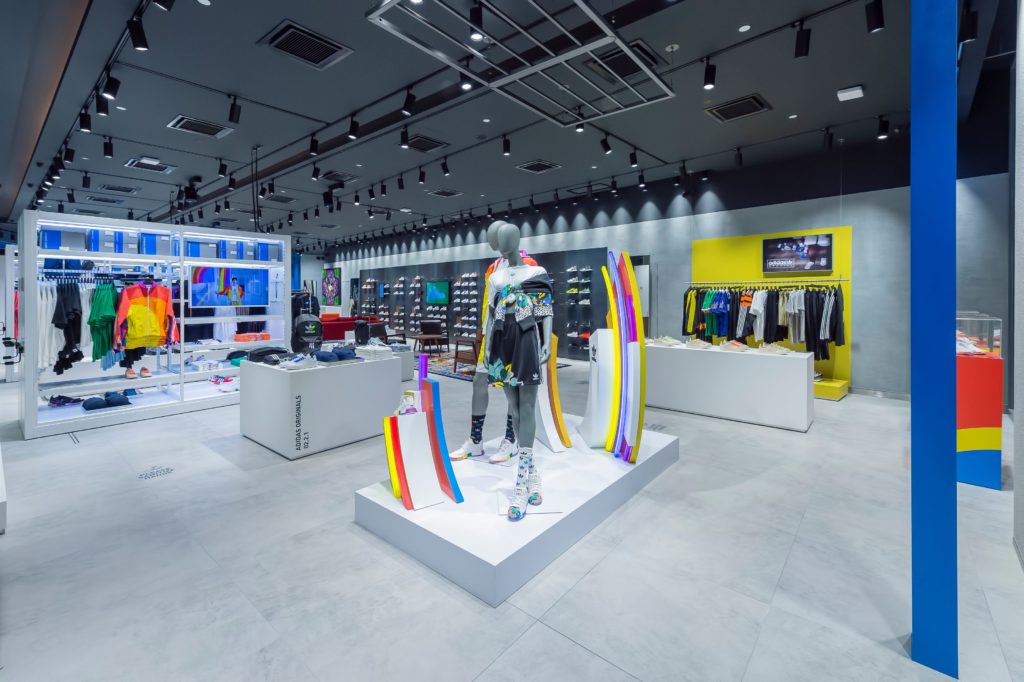 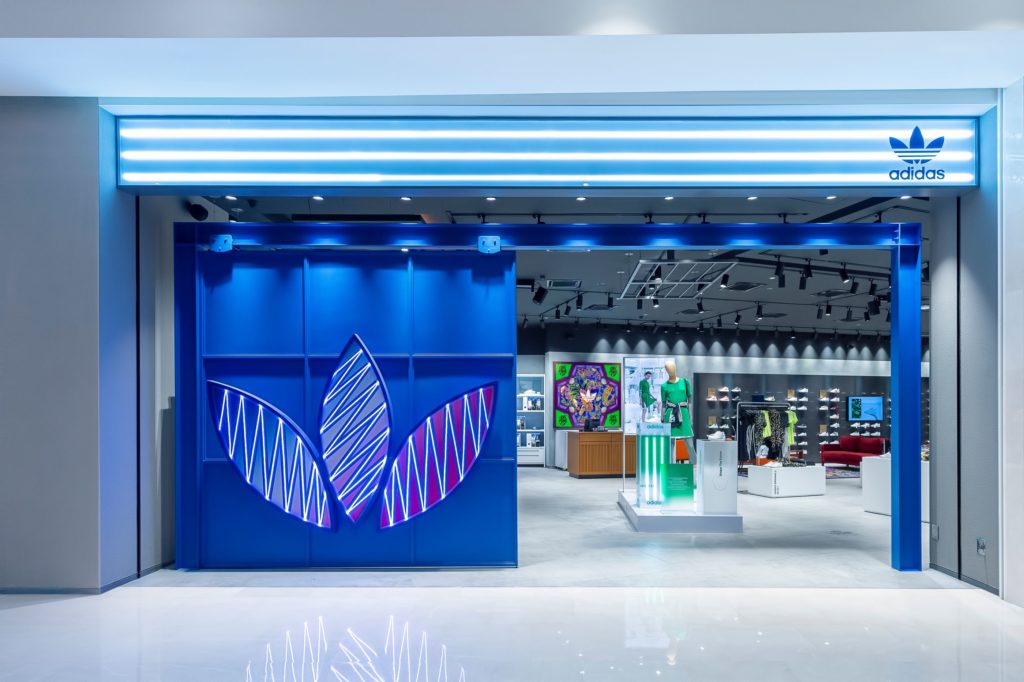 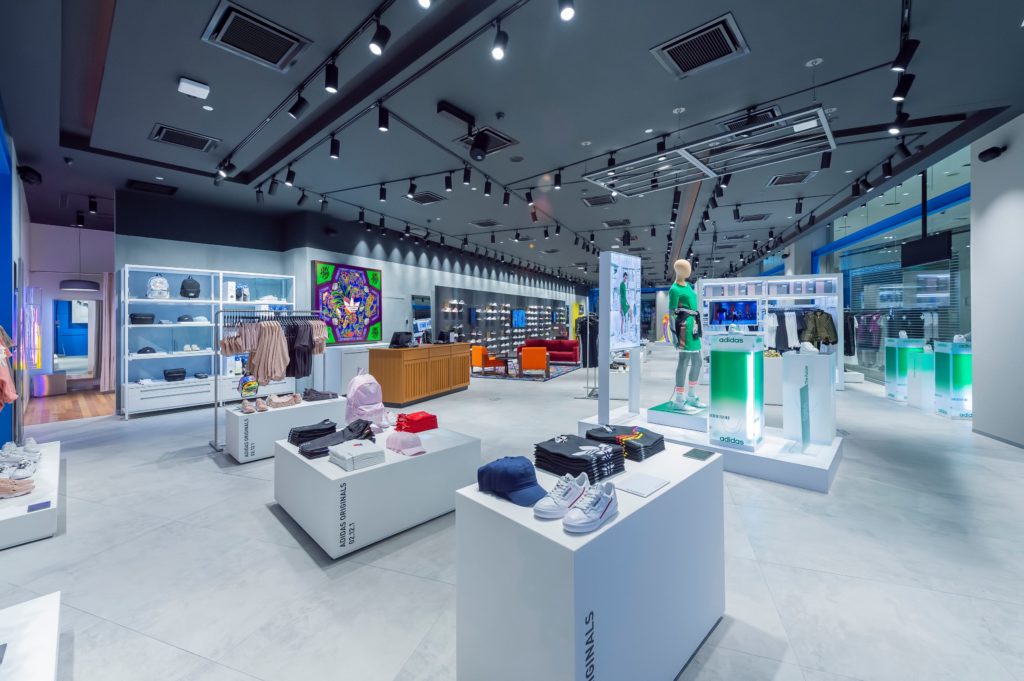 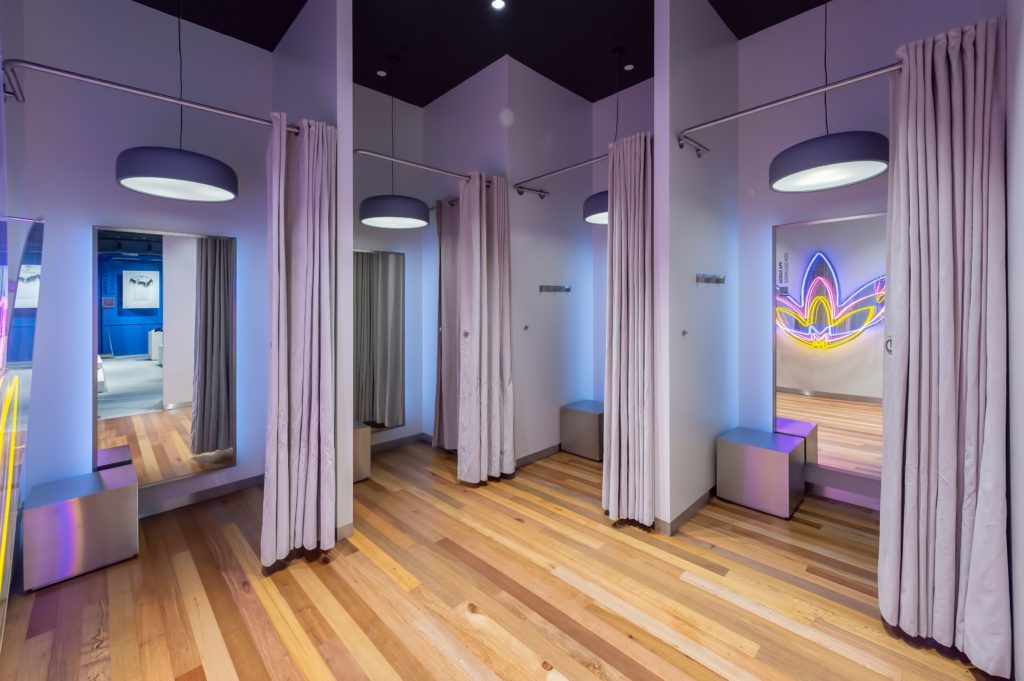 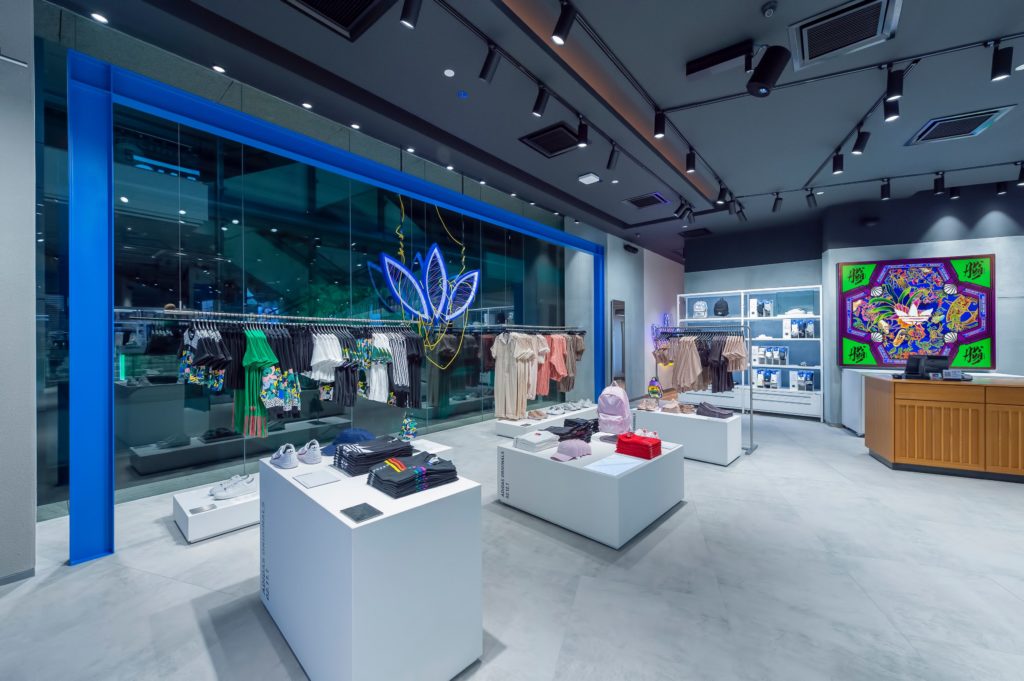 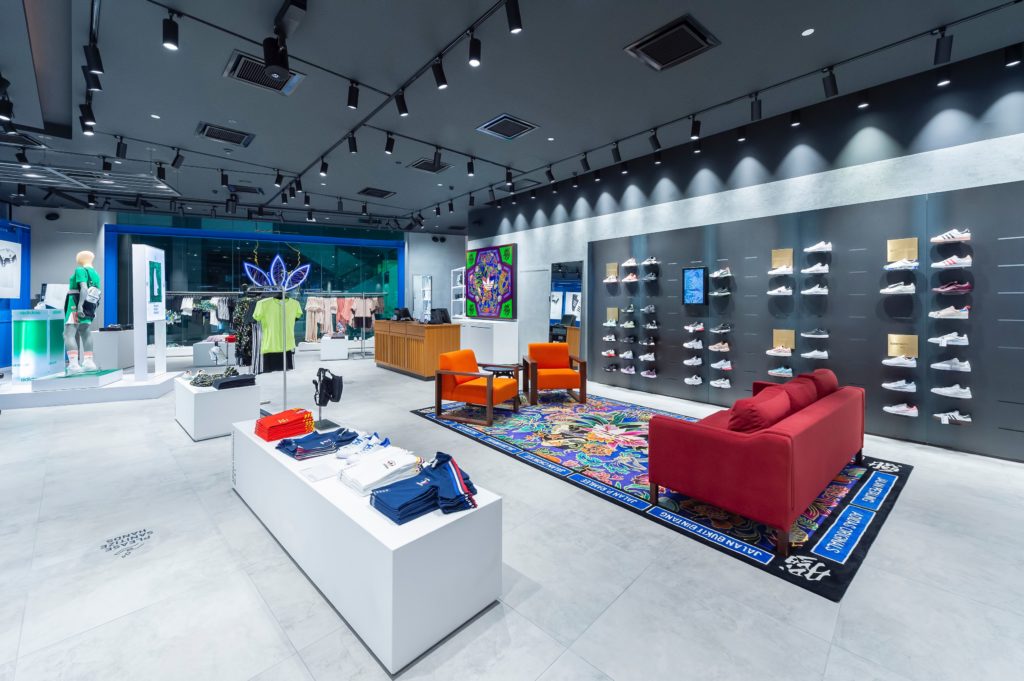 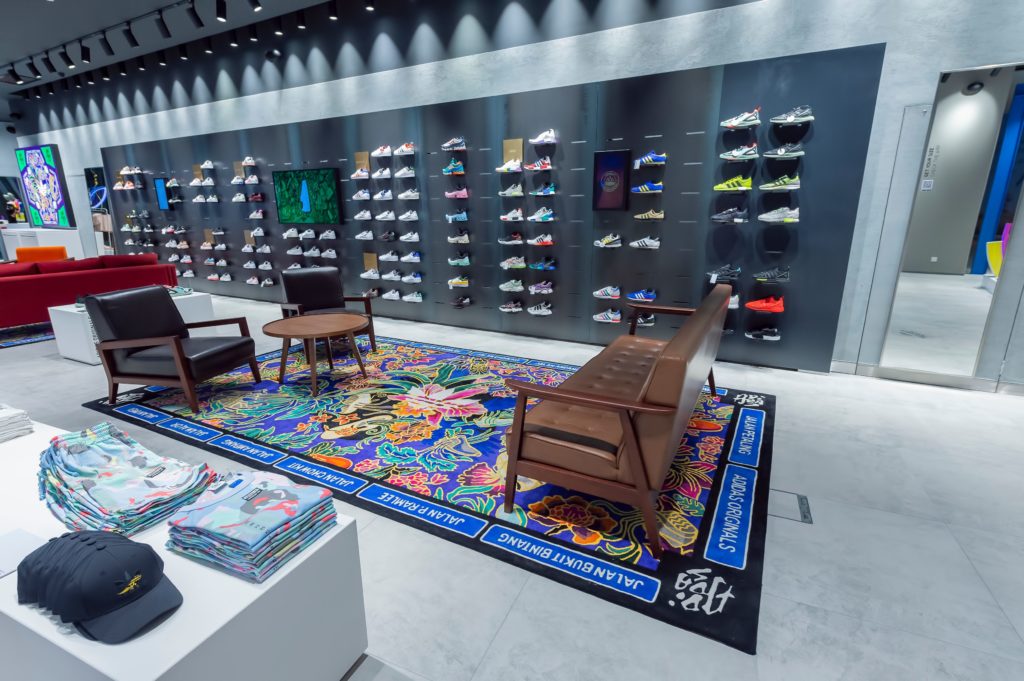 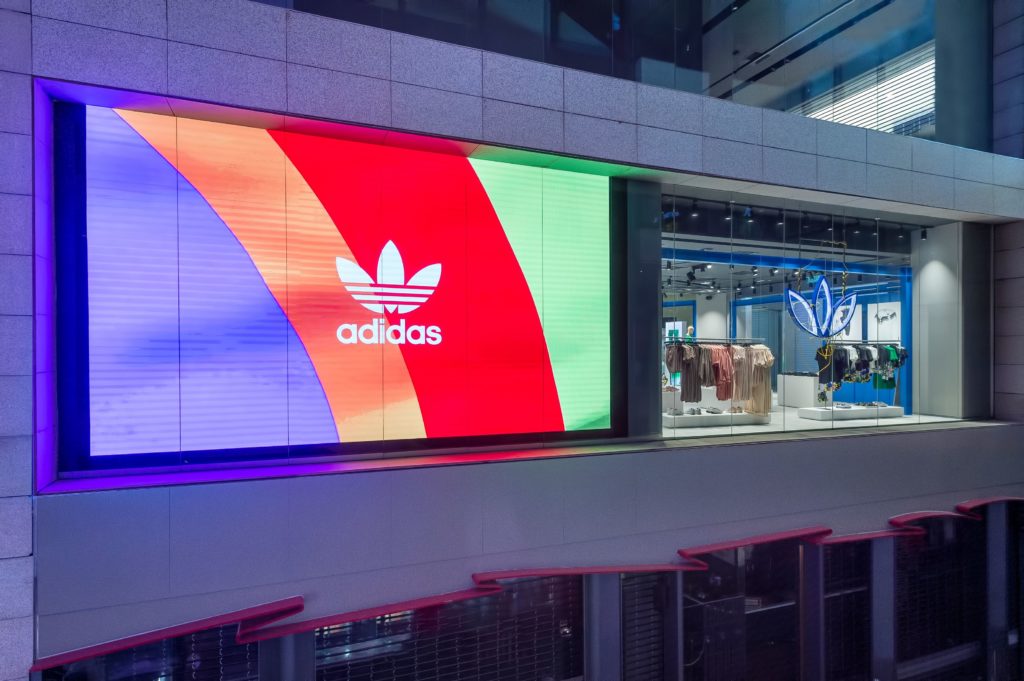 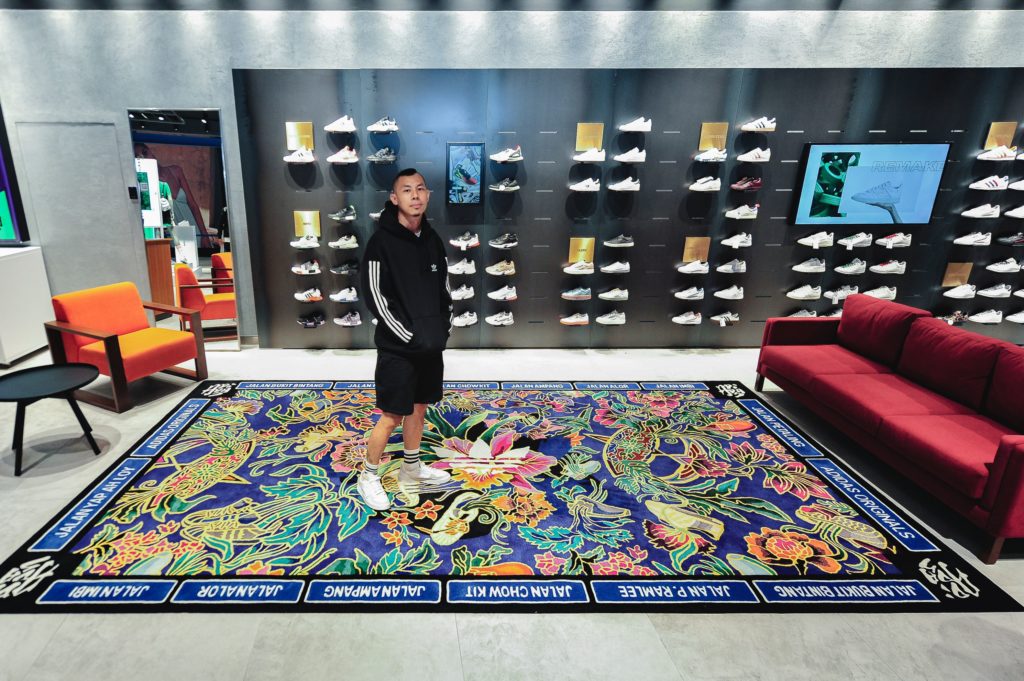 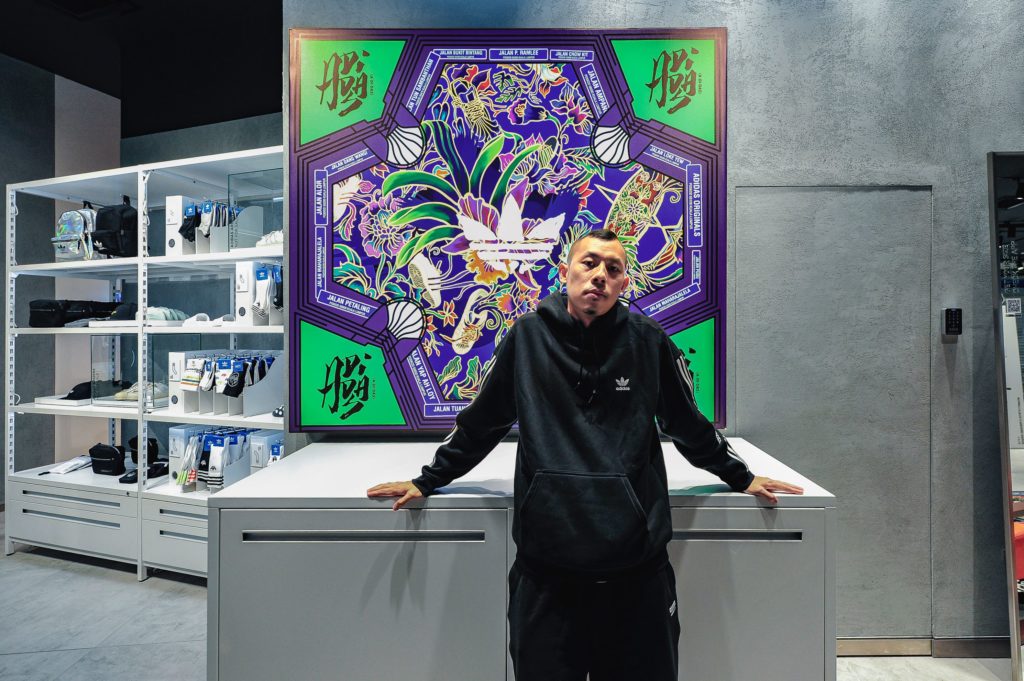 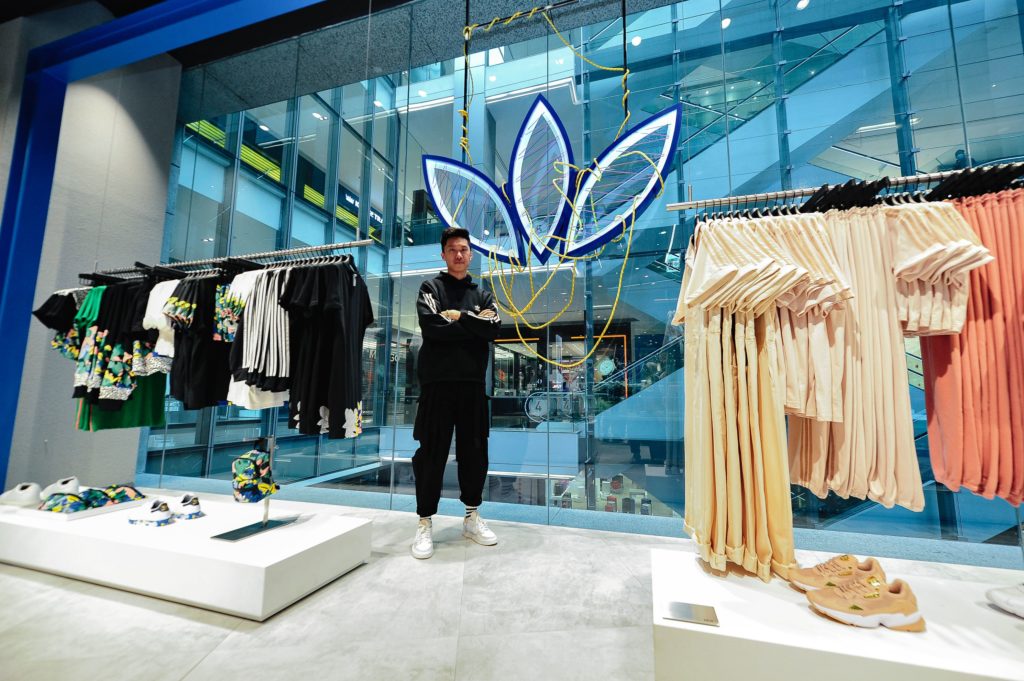 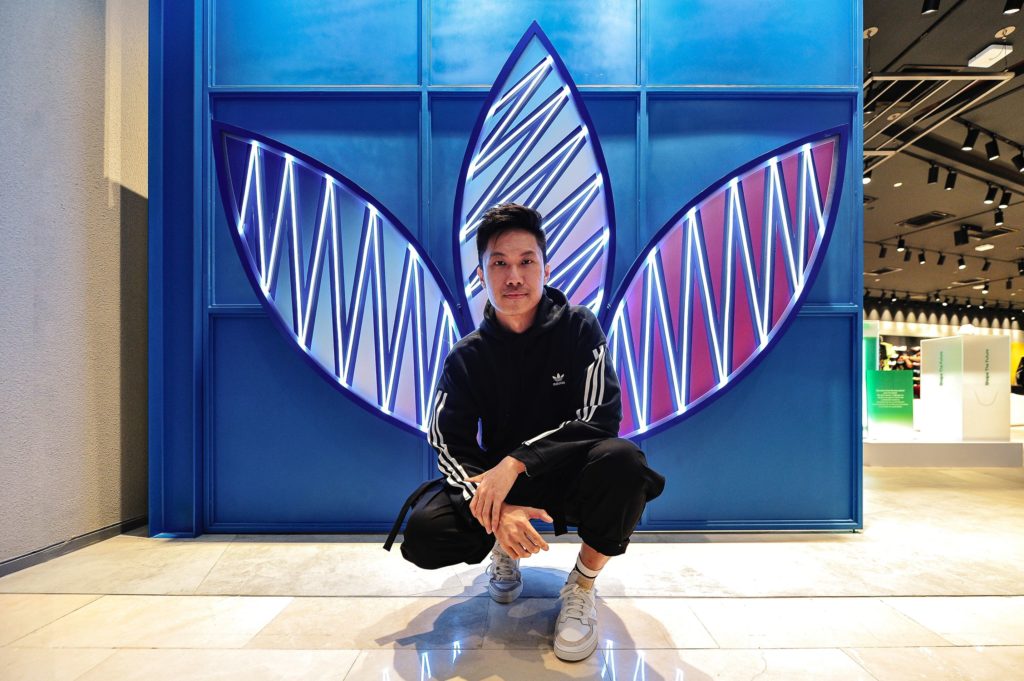 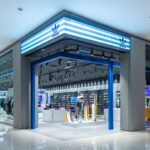 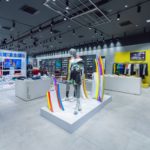 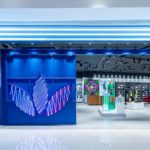 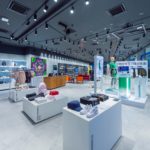 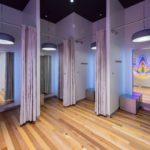 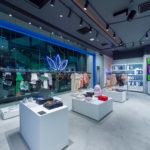 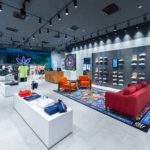 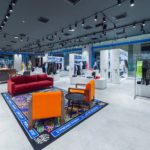 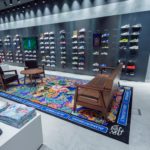 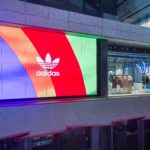 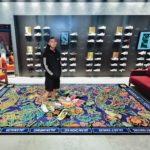 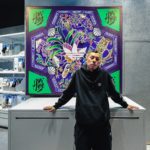 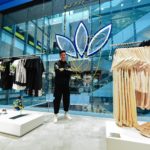 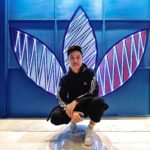 Adidas Originals recently opened its largest flagship store in Malaysia yet, nestled on the fourth floor of Pavilion KL mall. Spanning 4,413 sqft, this store will not only bring in special collections and collaborations from the brand but also pay homage to local artists.

To reiterate the fact, the Adidas Originals team worked together with two prominent local artists to have their works be part of the store: Jun Ong and Jaemy Choong. The former is a light artist and architect by profession whose works have graced the likes of the Georgetown Festival in 2015, iLight Marina Bay 2016, and Art Central Hong Kong in 2018. He’s also one of the founders of POW Ideas, an architecture and design studio. For his work in the store, he reimagined the traditional Malay wau bulan onto the Adidas trefoil logo. He creates two pieces for the store: one on the storefront, and a window display with striking electrical and structural elements.

“When you gaze at the Adidas Trefoil logo from far, it is as though the traditional wau bulan is flying high in the sky,” said Ong. “Taking inspiration from Adidas’ rich archives, the colourful lighting within the logo represents the shoelaces, truly interpreting Adidas as a brand that is always evolving and reinventing itself.”

Choong, on the other hand, is a graphic designer whose signature is a traditional-meets-modern concept with an iconic calligraphy brush technique. His works are most prominent when you’re trying on Adidas shoes and when you’re paying for them. More specifically, he designed two floor rugs by the shoe display, amalgamating design elements of the wau bulan and traditional Malaysian batik.

But it’s not all traditional designs, as he incorporates a touch of street culture (quite literally) by adding prominent names of streets in KL to the borders of the floor rugs. His other piece behind the cashier also shares similar design traits, except it’s a statement wall piece. “You will notice local traditional art influences twirling with the Adidas fashion,” said Choong. “You can feel the authentic Malaysian style within the art; you may also spot the brush calligraphy that may or may not look like a familiar word, that’s the thrilling part of my artwork,” he continued.

Local art pieces aside, the Adidas Originals flagship store will be home to a wide range of the brand’s collections and collaborations, including Yeezys and Pharrell Williams. During its opening in late June, we also saw the Adidas Pride Collection 2020, which was previously unavailable here. Is this where you can come to cop your limited edition streetwear? You bet. Scroll through the gallery above to see more of the store.

Adidas Originals Adidas Street Fashion
PohNee Chin
Editor, Kuala Lumpur
Poh Nee is the editor and writes about travel and drinks. When she's not living out her holiday dreams via Google Earth and sipping on an Old Fashioned down at the local bars, you can find her snug at home bingeing on Netflix and mystery fiction.
Travel Drinks

The best-dressed list: Our favourite looks from the 2021 MET Gala