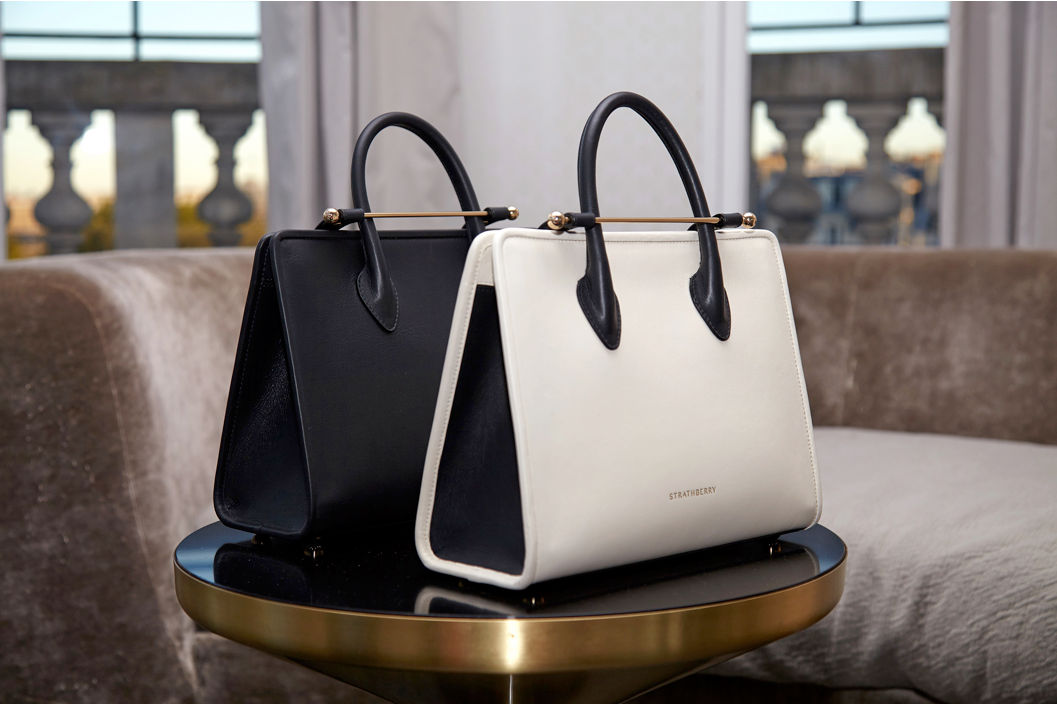 It’s safe to say that few families today can capture the public attention quite like the British Royal Family. And that includes the ones just about to become royalty. Just take a look at Kate Middleton who became a fixture on the news when she married into the Royal Family in 2011. Everything she does is scrutinised and the same is happening to Meghan Markle who is about to be wed to Prince Harry.

It seems like anything that a member of the royal family wears gets sold out (who doesn’t want to look like a royalty?) After Kate Middleton’s many sold out phases, now Meghan Markle’s Strathberry Midi Tote Tri Colour is on the top of everyone’s wish list. The bag features a bordeaux leather exterior with a peacock-blue fold and vanilla handle held in place by a gold crossbar.

What started as a Kickstarter campaign has now become Scotland’s most known luxury bag brand. Founder Guy Hundelby wanted the label to have elements of Scottish culture, innovation, craftsmanship, and minimalist design that would appeal to the consumers who aren’t into trends. Thus, their signature bar closure (which is inspired by vintage music cases) has now become an iconic feature.

These beautifully handcrafted bags from a small studio became a runway sensation at New York Fashion Week 2016 and on fashion influencers’ Instagram feeds.

However once the bag is seen on the bride-to-be’s arm during her first official appearance as Prince Harry’s fiancée, Strathberry became known not only in Scotland and USA but now worldwide.

The Strathberry bag that is sold out just a within few minutes after images surfaced online is now available for pre-order due to overwhelming demand. The bags are in the process of being handcrafted and will be available via this link, with an anticipated shipment date of end-February 2018.

Fashion Scotland Leather bag Bag Strathberry Meghan Markle Prince Harry british royal family strathberry midi tote tri colour guy hundelby
Jolin Lee
Contributor
Unlike most modern-day millennials, Jolin does not need caffeine or alcohol to power through the day (and night). Her eye for beauty is as sharp as her eyeliner flick, and she can spot your unblended eye makeup from a mile away.
Beauty Fashion Style Jewellery
Sign up for our newsletters to have the latest stories delivered straight to your inbox every week.