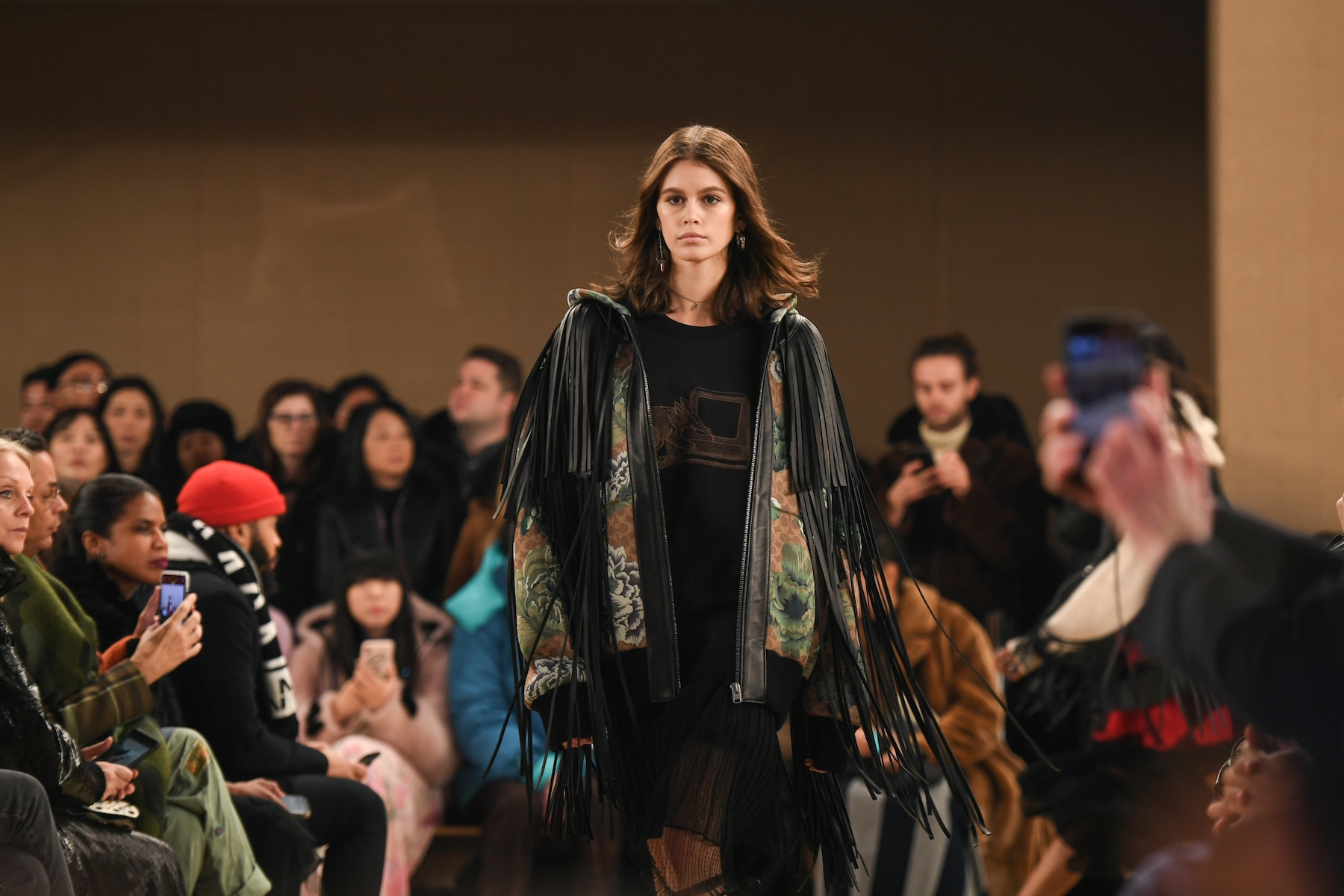 New York Fashion Week has proven time and time again to be full of surprises. The fashion world is hungry for something new and, of course, fashion brands have to up their game to ensure strong global interest throughout all seasons. If you think Viktor & Rolf’s meme-worthy couture collection was mind-blowing, you’ve probably have not heard of the most hyped designer during the recent NYFW — Tomo Koizumi.
The 30-year-old Japanese designer debuted in NYFW Fall/Winter 2019 with a glorious collection comprising layers and layers of carnation-like organza ruffles in vibrant saccharine hues – and they all moved with a playful kind of elegance. Joan Smalls and Bella Hadid were among the models who walked the show — wrapped in pluming gowns — inside Marc Jacob’s Manhattan store. The Tokyo-based designer became an overnight sensation saying that the experience “is crazy but the good kind of crazy.”

It’s also the season of comebacks as legendary names in the entertainment and fashion industry made a return to the runway in full glory. Many past models came out of runway retirement including 68-year-old African-American model Pat Cleveland who walked for Naeem Khan in a svelte silver dress.

Michael Kors showcased his Fall/Winter 2019 runway — a blast from his Studio 54 past – with a 70’s inspired collection. Guests were blown away when Barry Manilow took the stage to perform his 1978 hit “Copacabana”, transporting everyone back in time. Of course, Marc Jacobs closed the Fall/Winter 2019 runway with a slew of attention-grabbing red-carpet-worthy gowns. Jacobs threw in one last surprise when he invited legendary supermodel Christy Turlington Burns to close the show – her last walk on any runway was in 1994.
This season also emphasised on colours that reflected a renewed confidence. Stuart Vevers told Vogue that the Coach FW19 collection resonated with his psychedelic mood, exclaiming: “I’m loving colour, light and optimism. I want a collection that celebrates colours.”

Urban graphics, retro silhouettes and bold statement pieces – NYFW has got it all. Here are some of the highlights from New York Fashion Week Autumn/Winter 2019.

Michael Kors travelled to 1977 with a Studio 54-inspired collection comprised the over-the-top and unapologetic pieces that screamed feathers, boas, sequins, platforms and big curls. “There were no fashion rules, no dress code – people wore whatever they wanted, and it was almost always something glamorous and over-the-top,” he stated. The party-ready collection is fun and funky, with a lot to take in but when seen as separates, these pieces would be something you’d want to have in your wardrobe – by far one of Kors’ strongest ensemble in recent years.

An alluring lace number paired with a preppy vest. (Courtesy of Longchamp)

Can you feel the Bohemian vibes in this nomad-inspired number? (Courtesy of Longchamp)

Voyage is the main theme in Longchamp’s FW19 show held in New York’s Financial District. The 40-piece collection comprised studded black leather skirts, bohemian printed dresses, layered laces and ruffles, as well as some sleek jet-setter outfits. “The ideas was to take the Parisian attitude and silhouettes and mix it with the New York sensibility,” shared creative director Sophie Delafontaine. Each look was accented with Longchamp’s signature arm candies with a focus on smaller bags in assorted prints.

The brand is taking on a more relaxed approach for FW19. (Courtesy of Carolina Herrera)

One would always expect elegance and femininity from Carolina Herrera – it never disappoints. New creative director Wes Gordon continued to channel the brand’s sophisticated code of aesthetics with his own spin – more fluid shapes and shorter hemlines. In his second collection for the brand, Gordon incorporated stunning floral patterns inspired by Robert Maplethorpe that were draped on feminine skirts and ruffled frocks.

Who would ever fault this electric yellow number for the Oscars next week? (Courtesy of Marc Jacobs)

Drama much? (Courtesy of Marc Jacobs)

Marc Jacobs wraps up with a bang

Once again, Marc Jacobs was given the honour to close New York Fashion Week and he made every moment count. This year, he went on a maximalist route with a stunning collection of eveningwear accentuated in bright bold colours, eccentric shapes and romantic feathers. His modern take on these red-carpet-ready dresses further established himself as one of the greatest American fashion designer of the century. His finale look has all heads turning as Christy Turlington Burns returned to the runway after 25 years to close the show in a dark feather gown.

Shades of plum accent this oversized sweater with a bold print -- perfect for layering. (Courtesy of Coach)

Colourful 'Frankeinsteined' printed jacket is layered with a monogram shearling and floral blouse. (Courtesy of Coach)

Stuart Vevers continues to explore American craft in new and exciting ways each season – this time collaborating with American textile designer and artist Kaffe Fassett. The FW19 collection drew inspiration from the West Coast, resulting in a mishmash of colours with an ode to Americana. Board shorts in lace and leather, dark florals, rock ‘n’ roll printed faux-fur waistcoats, and fringed leather jackets over printed sweatshirts were seen walking the runway – all with a touch of grungy, millennial charm.