“My journey with my yellow boots goes way back to 2018 when I embarked on a bike journey of a lifetime in India from Delhi – Manali to Leh. An unforgettable 14-day adventure on the bike, experiencing four-season, rain or shine, landslides, melted snow peak to the “ya ya ya” (shaking their heads) compassionate locals.” — Ethan Chu (Photo by @ethanchuchu) “I customised my boots for this trip and it brought back priceless stories which last until today. Thank you for walking with me throughout the years.” — Ethan Chu (Photo by @ethanchuchu) 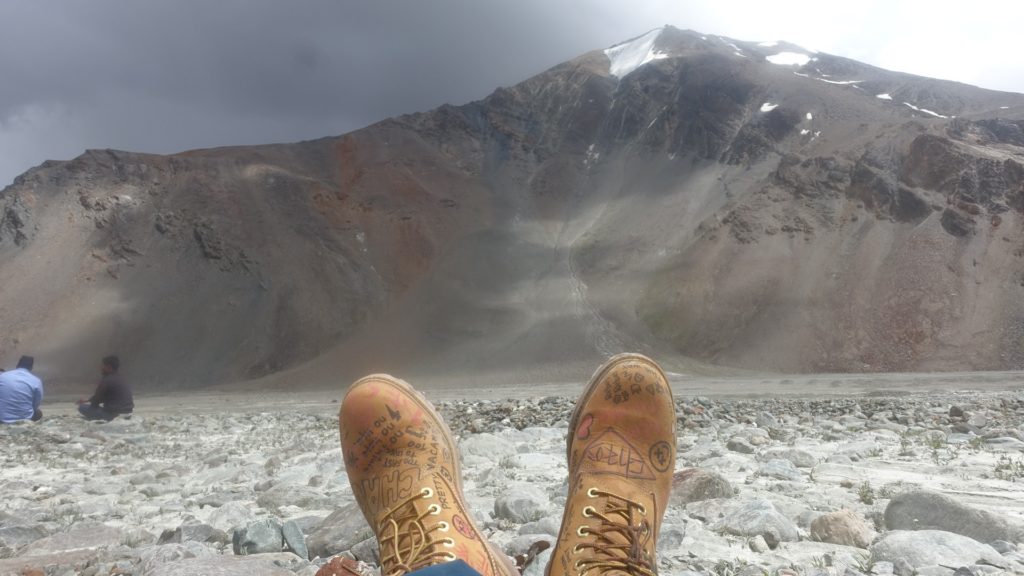 “I’ve always been a big fan of Timberland’s Yellow Boots. I remember buying my first pair of yellow boots for a filming trip at a deep native village in Sarawak many years ago.” — Dick Chua (Photo by @dickchua) 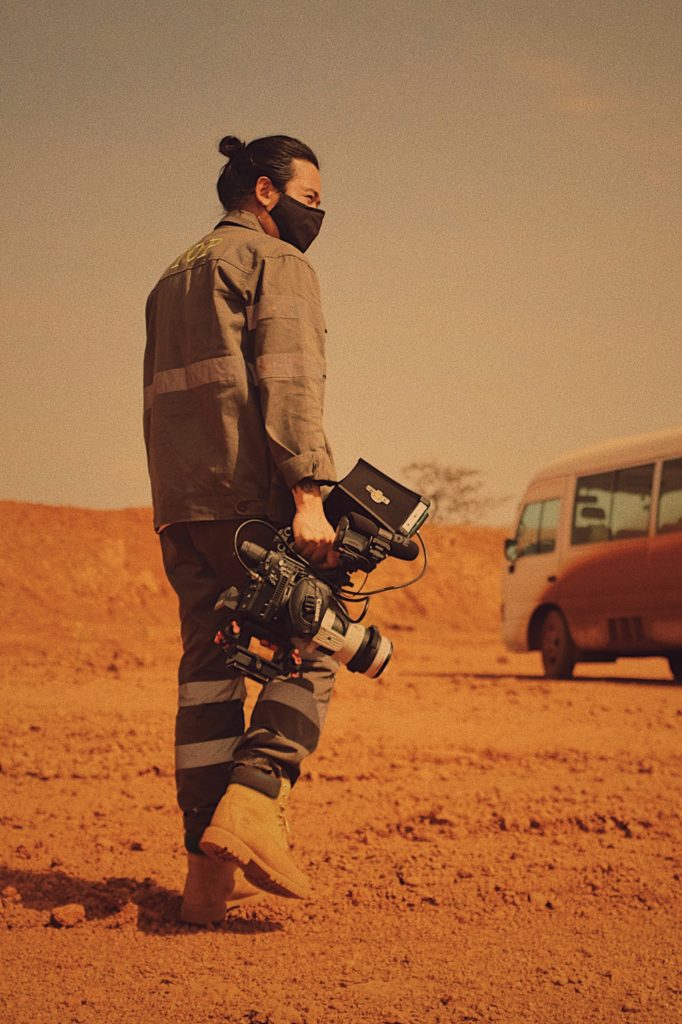 “Last year I had another chance to travel to Africa for a shoot, which took place at a mining site that looked like a scene in a movie. Shooting here felt like going to a battle, and the yellow boot was my armour. The authority demanded us to wear big and bulky safety boots at the site but I didn’t need them because I had with me the yellow boots for the same protection and looked extra great on me too. This was the best time with my yellow boots, and also the furthest we have travelled together.” — Dick Chua (Photo by @dickchua) 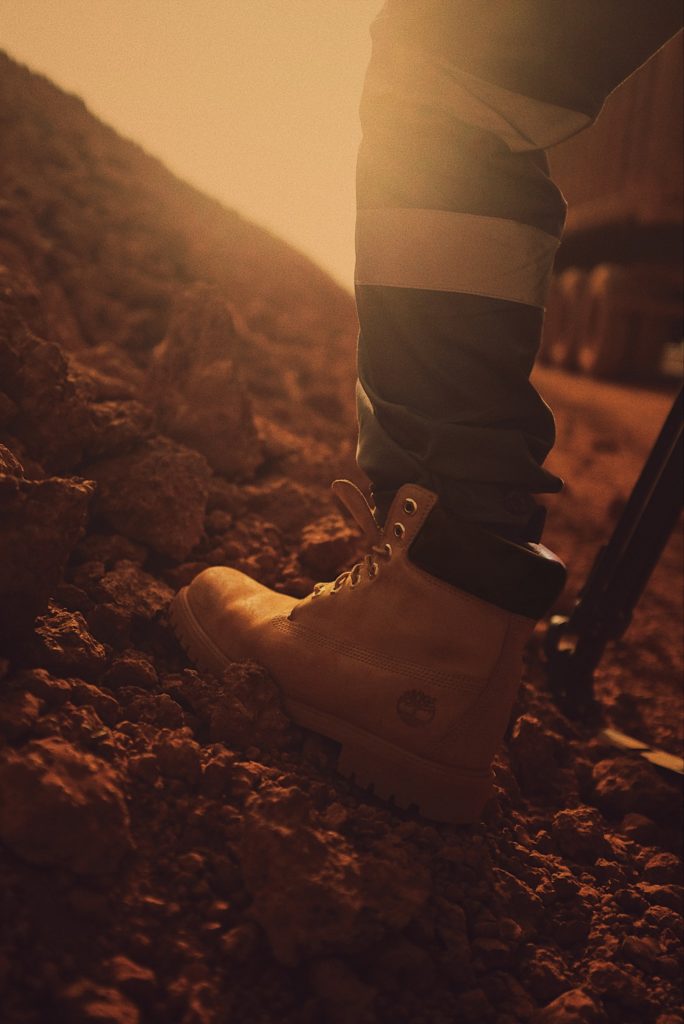 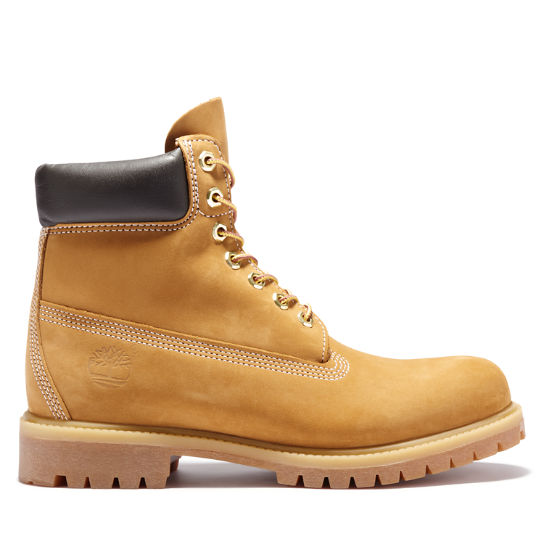 “My journey with the yellow boots started as early as 22 years ago when I was 16 years old. I remember saving up money from my summer break jobs to buy myself a pair, but they were stolen on one my school trips. It sure felt like a full circle, 22 years later, when Timberland called to tell me they’re gifting me a pair for their 45th anniversary celebration. My journey with the yellow boots was finally rekindled.” — Fiqrie (Photo by @fiqrieisme) 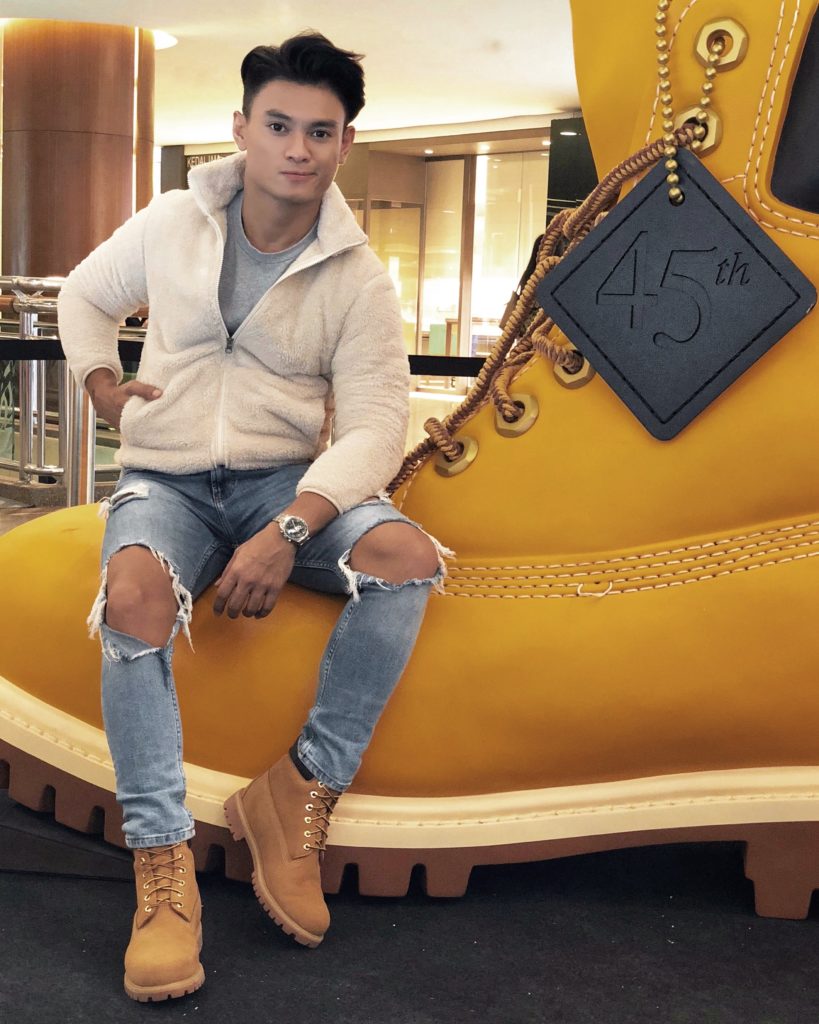 “What makes a pair of good shoes? When it can over 15 hours of wear, especially when you’re constantly on the go. When going to places that require a lot of walking like Japan and Hong Kong, I’m very careful with how I pack. But style and comfort come hand in hand. Also, as someone practical, I travel light and having that one reliable pair is really important.” — Fiqrie (Photo by @fiqrieisme) 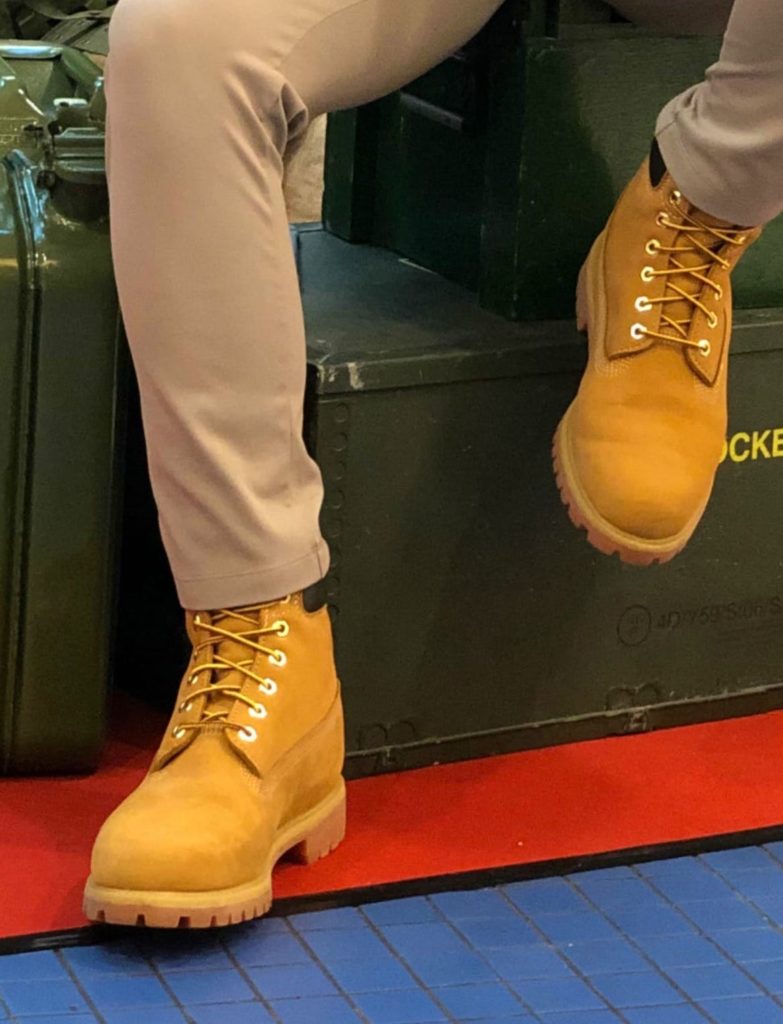 “In 2014, I flew to Los Angeles to pursue my passion for dance and to train in an academy. As a young creative, despite the struggles, I kept my hopes up and pushed through to do what I was supposed to do — dance and live with my heart. Back then, a pair of Timberland boots would cost US$169 and I stumbled upon an authentic preloved one for US$30. It was spotless, it was iconic, it was the original yellow boots, and it was in my size.” — Dennis Yin (Photo by @dennisyin) 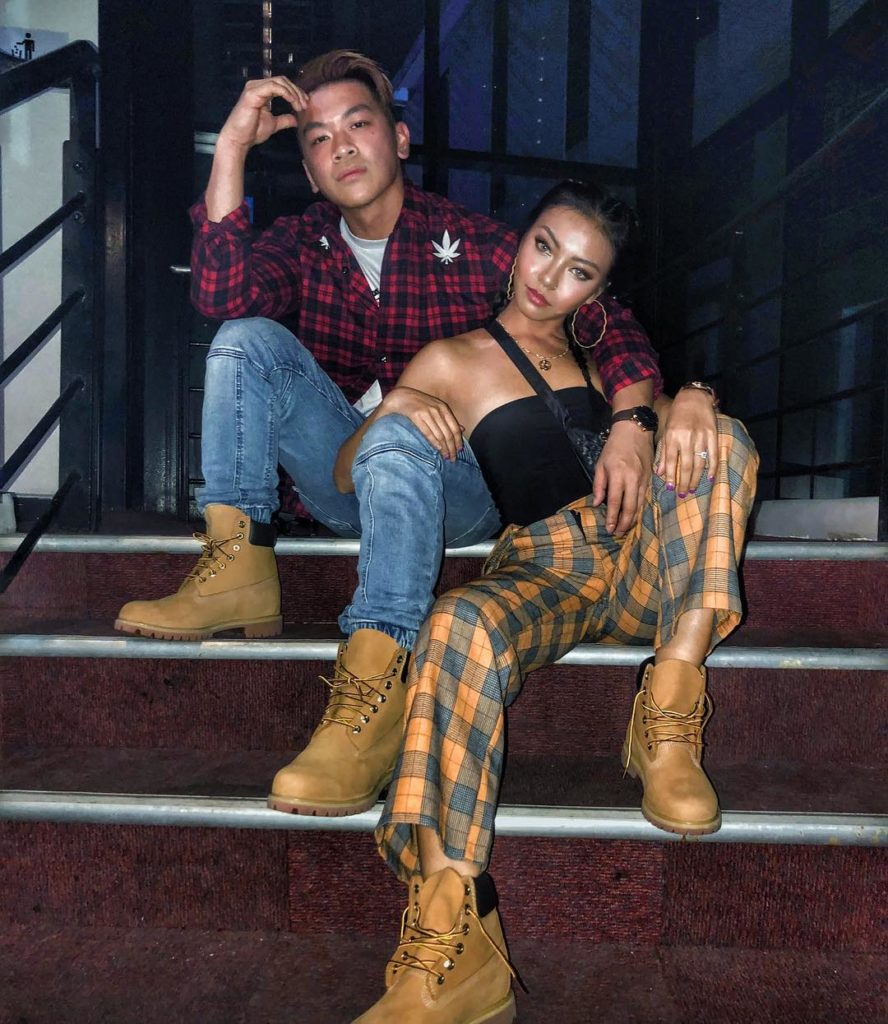 “Till this very day, even after working with Timberland for years, those boots mean the world to me. I gave those particular boots to my father and it has always reminded me of our journey, sacrifices and accomplishment — seeing my dad wear it tops it all.” — Dennis Yin (Photo by @dennisyin) 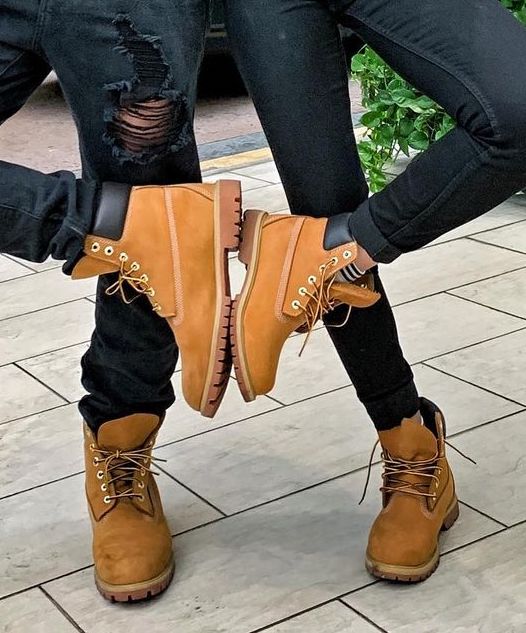 Marking 47 years of the yellow boot, Timberland invites you to share your tale through the “What’s Your Yellow Boot Story” social media campaign.

Introduced in 1973 as one of the first waterproof leather boots of its kind, the iconic yellow boot was named Timberland. It was identified by its premium full-grain nubuck leather, thick rubber lug soles and unprecedented craftsmanship. Coined the ‘yellow boot’, the footwear was inspired by pragmatic form and function, not trends and runways — it was made for the hardworking New Englanders of the era.

Decades later, the yellow boot has made its way into mainstream fashion with multitudes of iterations in various colours, materials and silhouettes. Soon, the boot itself became fashionable, winning hearts with its unmistakable shape, hardy features, and rugged yet authentic appeal.

In conjunction with its 47th-anniversary celebrations, Timberland invites you to share your personal yellow boot story. To kickstart the campaign, Timberland is narrating the "What's Your Yellow Boot Story” through four influencers who are no strangers to the brand. Pioneers in their respective artistry and field, these four gentlemen – Ethan Chu, Dick Chua, Fiqrie, and Dennis Yin – share their journey with these iconic yellow boots to inspire everyone out there to keep the journey and adventure going.

Check out these images, shot by Timberland collaborators as they share their journey with the yellow boot. 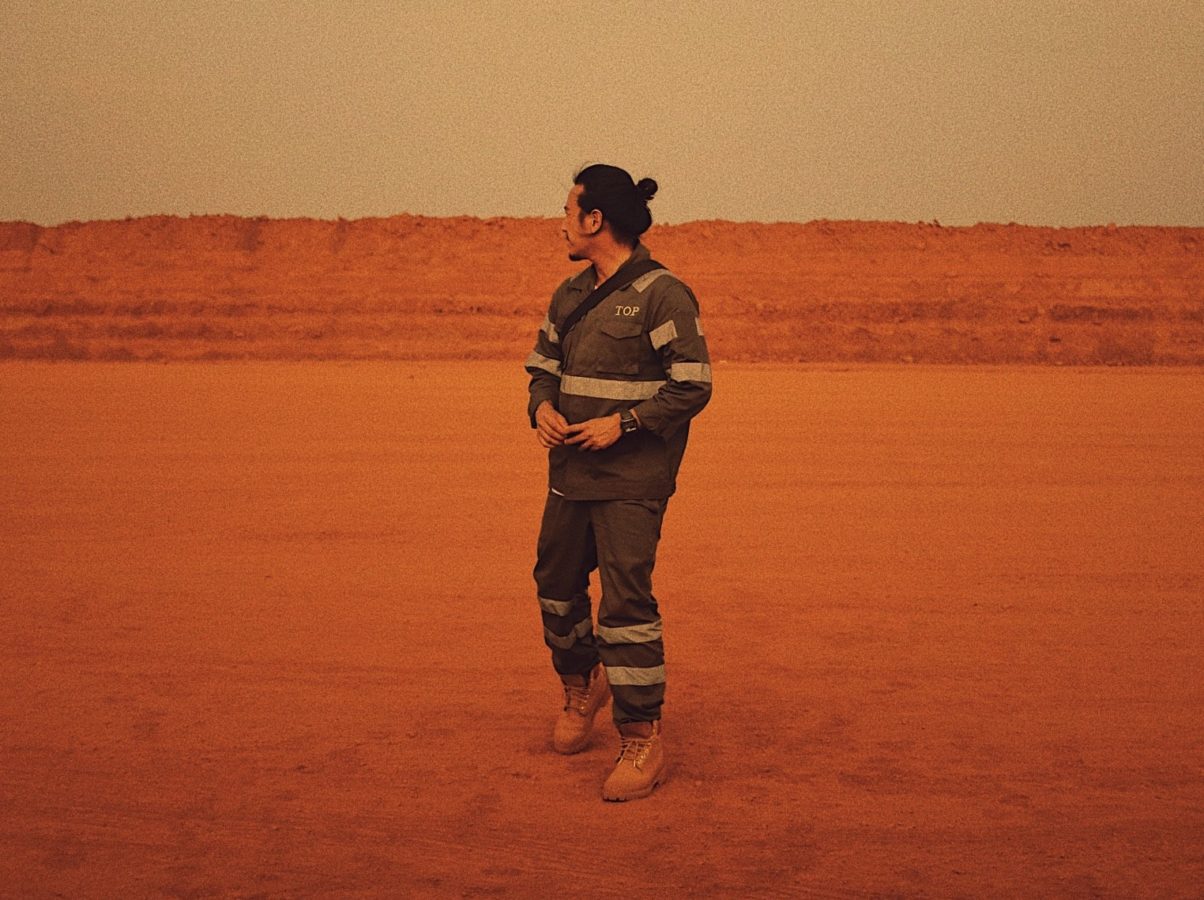 Start slideshow
Dennis Yin timberland Yellow Boots Dick Chua Ethan Chu Fiqrie
Martin Teo
Editor
Martin has a bent for history and food culture, especially of the Peranakan heritage. Since the pandemic, he finds joy in plant parenting and continues to expand his collection of Philodendrons, Anthuriums, and Syngoniums. He's now on a lookout for the elusive Philodendron Florida Beauty to add to his urban garden.
Dining Living Home