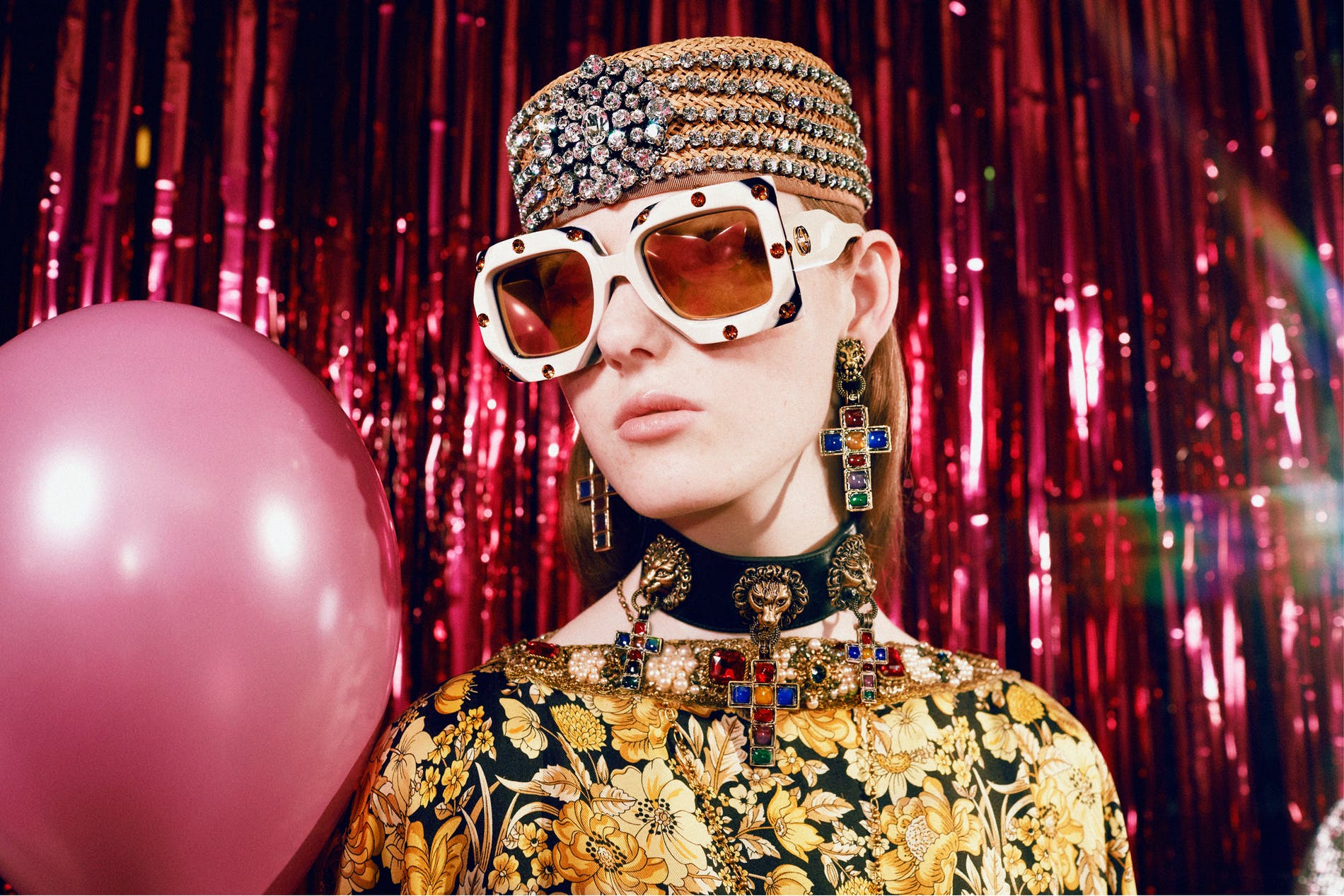 It’s official. We’re so close to the most wonderful time of the year (just 22 days to go!) that we can even start ticking off our advent calendars. Few industries celebrate the festive season as raucously as fashion and we can’t help but relish in the holiday campaigns they’ve brought forth. Here are a few of our favourites.

We’ve been expecting a lot from Riccardo Tisci since his debut in September and this holiday campaign did not disappoint. The campaign centres around a film titled ‘Close Your Eyes and Think of Christmas’ featuring some of Britain’s A-list celebrities — a Burberry tradition that Tisci maintained. This year, Kristin Scott Thomas and M.I.A made their Burberry campaign debut, alongside previous stars Matt Smith and Naomi Campbell (as well as her mother Valerie Morris-Campbell). The celebs wore iconic Burberry pieces while Naomi Campbell and her mother wore the exclusive Vivienne Westwood & Burberry collection that will launch on 6th December 2018.

The festive season is not complete without a Gucci kaleidoscope party. Gucci’s Gift Giving 2018 campaign is set in the decorative surrounds of Le Roi — an historic Italian ballroom in Turin that dates back to 1926. The models are decked out in the fashion label’s latest collection and given the full glitzy treatment by Alessandro Michele.

Step into the Tiffany workshop, where surprising and surreal moments unfold. “Believe in Dreams” is Tiffany & Co.’s latest holiday campaign that brings viewers into their whimsical Tiffany workshop with style icon Zoë Kravitz acting as a Tiffany sales professional. Late into the night, Kravitz gets swept away into an underground holiday workshop helmed by star-studded celebrities like Xiao Wen Ju, Karen Elson, Naomi Campbell and more. If you’re in New York City from now until 1st January 2019, head down to Tiffany’s New York flagship store where they’re holding an actual workshop housing jewellers, stone setters and engravers for the public to see.

It’s no surprise to see Selena Gomez as the main star of Coach‘s holiday campaign, “Lights, Camera, Holiday”, but to see her act her most adorable self is definitely a holiday campaign worth watching. Here, she’s auditioning for the Coach holiday window display joined by a whimsical cast to see who will get the role. This video is written and directed by Henry Joost and Ariel Schulman of New York’s Supermaché.