Home > Style > Jewellery > Bulgari’s B.Zero1 collection goes back to its roots for its 20th anniversary

Bulgari’s B.Zero1 collection goes back to its roots for its 20th anniversary

The 10-year challenge usually includes showing off a significant change in one’s self. But for the Bulgari B.Zero1 that’s celebrating its 20th anniversary, the collection instead chooses to go back to its original form of the iconic five-band ring. That said, the B.Zero1 has had an illustrious 20-year glory with numerous redesigns and facelifts.

The original B.Zero1 ring was inspired by the Colosseum in Rome — several bands were stacked on top of each other, fused with the brand’s iconic Tubogas design and double logo. It defied the trends of thin bands back in 1999 and caused a paradigm shift in jewellery trends. What Bulgari wanted to achieve was a piece of jewellery that was unconventional, yet wearable on a daily basis. They succeeded.

Over the years, the B.Zero1 has undergone several reinventions including collaborations with famed designers. In 2010, for the collection’s 10th anniversary, famed British sculptor Anish Kapoor lent his touch to the ring, creating a tubular design between two logo-engraved rings. The reflective steel band is topped with pink-gold rims, a far cry from the original five-band design.

Most recently in 2017, Bulgari debuted a new rendering of the B.Zero1, envisioned by celebrated architect, the late Zaha Hadid. The “Queen of the Curve” was known for her fluid and curvaceous designs in architecture. This same fluidity can be seen in the B.Zero1 ring where the bands in the middle create the illusion of fluid metals that “hover over the finger rather than close around it”, instead of the original rigid band design. 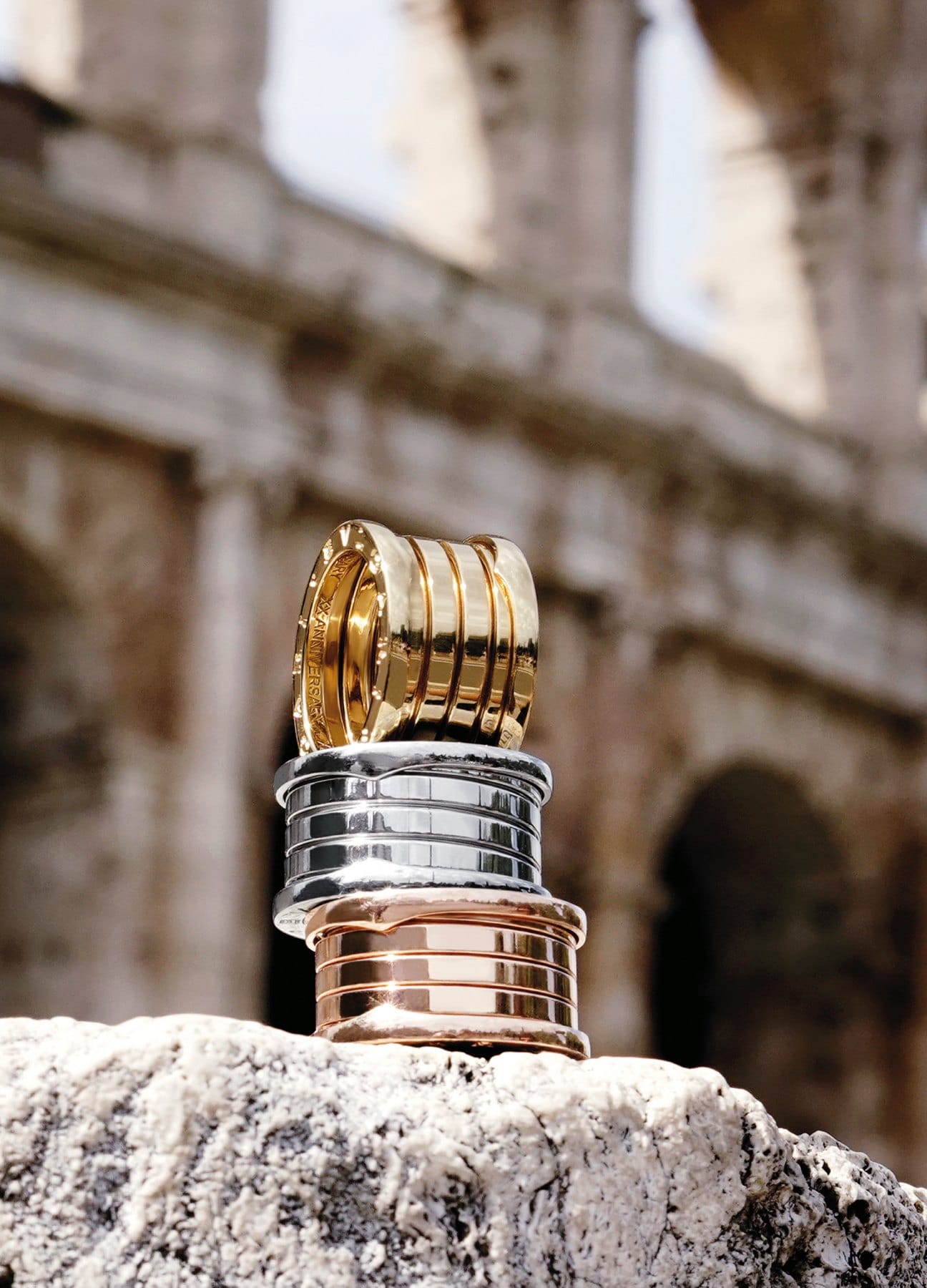 The five-band stacked design was daring during its time. (Photo by Bulgari) 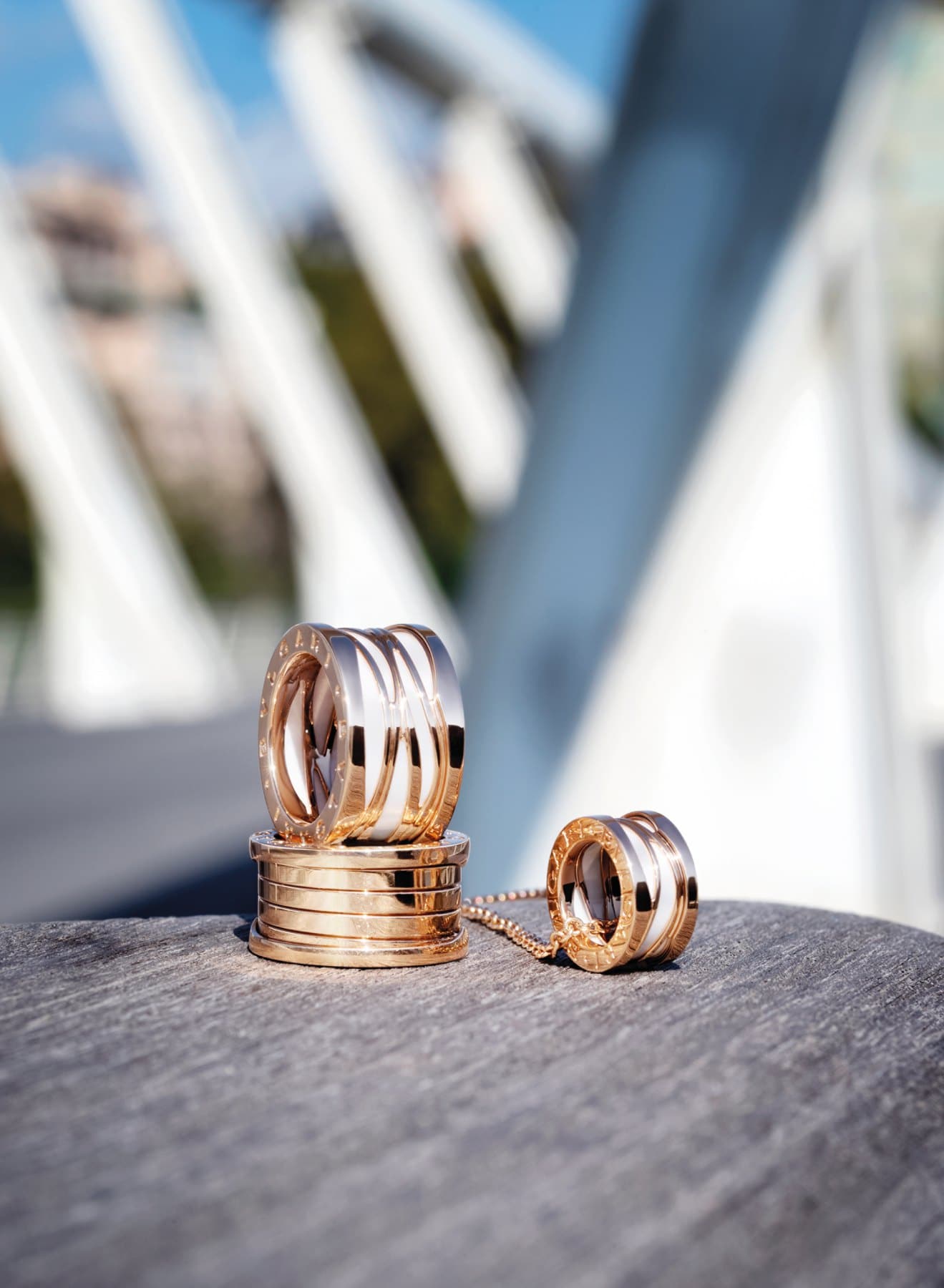 Wear it as a ring, or as a necklace. (Photo by Bulgari)

But as the old adage goes, you never forget your roots. For its 20th anniversary, Bulgari will be reissuing the B.Zero1’s original debuting design inspired by the Colosseum. But it will be given a fresh campaign, fronted by none other than Bella Hadid. The 20th-anniversary collection will feature the B.Zero1 in a five-band, white gold spiral completely encrusted in sparkling pavé diamonds. It also comes in yellow gold and solid white gold, like the original 1999 edition, and for the first time, in rose gold. All four designs will be engraved with “XX Anniversary” on their internal ferrule, marking them as collector’s items. Now we want one for ourselves too.

Cartier ‘unwraps’ its dazzling Christmas Lounge at The Gardens Mall

Koh-i-Noor to The Princie: 12 of the most expensive diamonds in the world