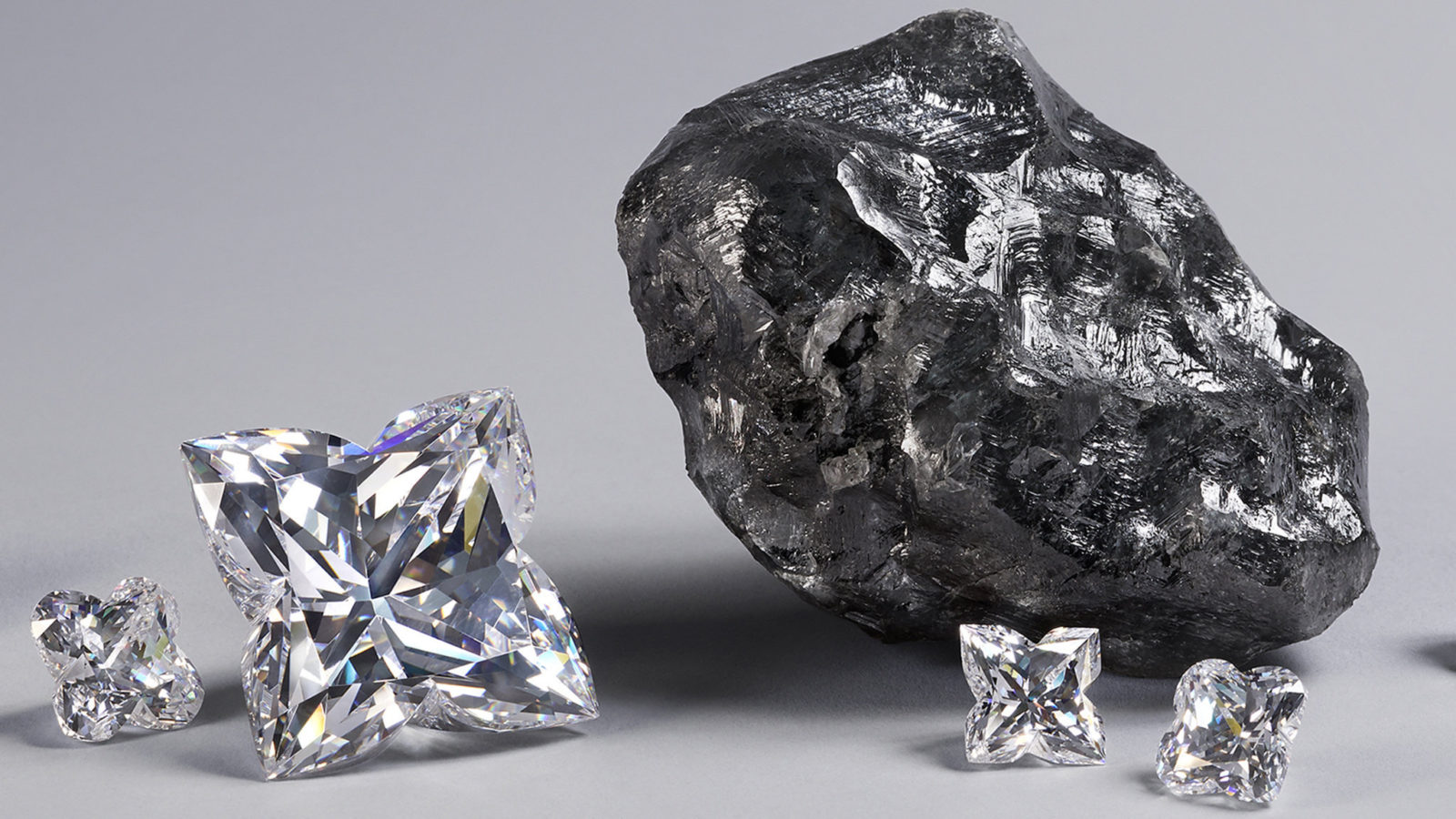 The biggest rough diamond discovered in over a century was shown to private clients on Tuesday by French luxury handbag-maker Louis Vuitton, which acquired the 1,758-carat gem to make a big splash in the high-end jewellery market.

The stone named “Sewelo,” meaning “rare find” in the tswana tongue of Botswana where it was discovered, is the size of a tennis ball. It is the second-biggest diamond ever found, after the 3,100-carat “Cullinan” mined in neighbouring South Africa in 1905, which went on to adorn Britain’s crown jewels.

Canadian mining company Lucara Diamond, which recovered the stone, last week announced a deal with Louis Vuitton and the Antwerp-based diamond manufacturer HB Company to have it carved up and polished.

Louis Vuitton, part of the LVMH luxury conglomerate, created surprise in the jewellery sector by pipping high-end houses such as Cartier and Graff to acquire the bragging rights to what could be the diamond deal of the century.

It comes after LVMH successfully wooed New York jewellery house Tiffany, agreeing to fork out $16.2 billion (14.6 billion euros) for the fabled maker of wedding rings and diamonds that come in blue boxes.

By showing clients the rough diamond, LVMH also aims to set itself apart in the rarefied world of high jewellery, which is centred on Paris’s ritzy Place Vendome.

“No jeweller has done that (show the rough stone) – that is not the way high-end jewellery functions, it does not show what happens behind the scenes,” Burke told the FT, adding that Louis Vuitton’s goal was to be “utterly transparent in what mine it came from and associating the final client in the creation of the final stone”.

While it has a glittering destiny, “Sewelo” currently resembles a lump of coal, still coated in the black carbon in which it was mined. Lucara, which said it will receive 50 percent of the proceeds of the resulting diamonds with a further five percent going towards community projects in Botswana, said the “full potential of this special stone” would be revealed only when polished.

Louis Vuitton has not said how much it paid for the stone nor how much it could eventually be worth.

Raluca Anghel, head of external affairs of the global Diamond Producers Association, said that experts who enjoyed a close look believed it to have “true potential”.

“You can already imagine everything you can create from this unique diamond,” she said.

Style
What to know before investing in coloured diamonds
Style
Find out the difference between simulated, synthetic and natural diamonds

For Arnaud Cadart, portfolio manager at the French asset management firm Flornoy & Associes, the acquisition allows Louis Vuitton to “boost its aura and position itself in an increasingly high-end market by seeking out very big clients for exclusive products.”

Louis Vuitton made its first foray into the world of ultra-luxury jewels a decade ago, seeking to imbue the brand with a touch of extra glamour and tap into possible cross-selling — handbag-plus-jewels — opportunities.

In 2012, it joined the creme de la creme of high jewellery, including Van Cleef & Arpels, Cartier and Boucheron, by opening a store on Place Vendome. After the Paris showing, the “Sewelo” will be taken on a tour of prospective foreign clients.

Here are the most extravagant jewellery pieces designed by Ben Baller

The best high jewellery pieces we saw at the 92nd Oscars

How to care for your new piercings, according to Wanderlust + Co.’s Jenn Low