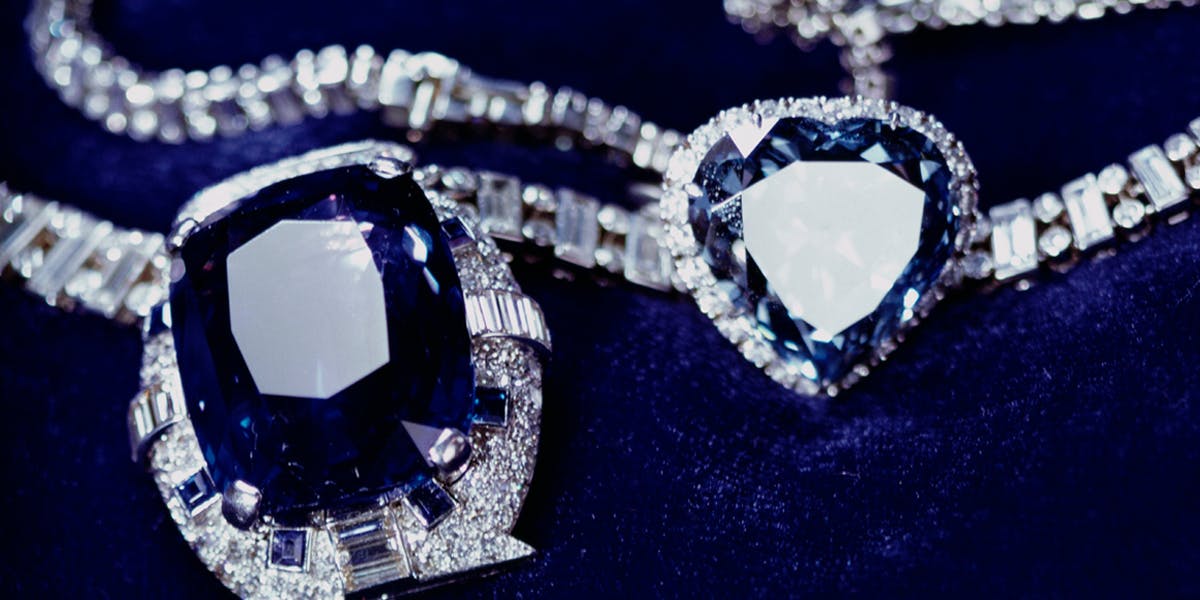 All you need to know about September’s birthstone, the sapphire

Style
All you need to know about September’s birthstone, the sapphire
Share this article
Next article

Whether it’s your birthstone or just a gem you like, there’s no denying the royal allure of the sapphire.

As a word, “sapphire” was derived from the term that ancient Greeks used to refer to blue stones. Today, we know two things: those blue stones may have actually been the lapis lazuli, and real sapphires come in so many other colours besides blue. Still, the September birthstone is the most desirable when it’s in the hue that reflects the sky and the sea. 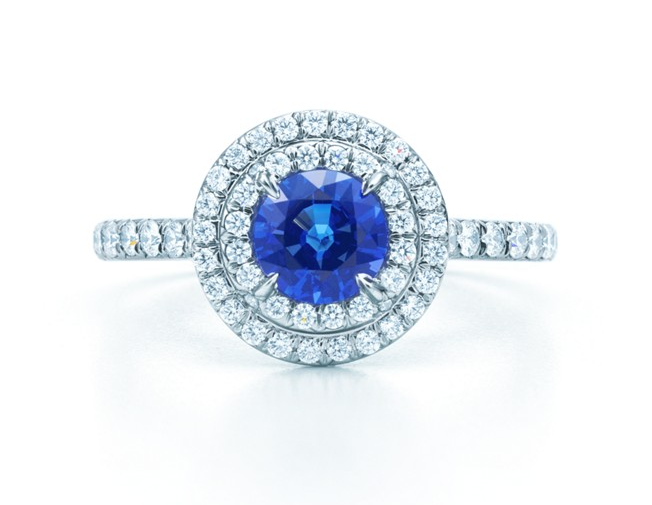 This Tiffany & Co. ring truly captures the radiance of the sapphire. Here, a round one weighing 0.45 carats sits at the heart of two platinum haloes, lined lavishly with diamonds. 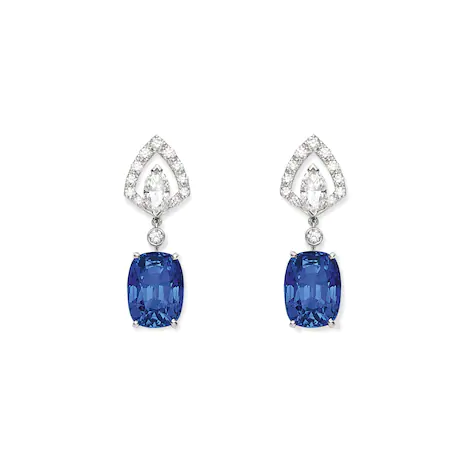 There are a couple of interesting facts about the sapphires in these Chaumet earrings. Firstly, the cushion cut of the impressive gems, which weigh between three and five carats, nod to the Régent, the legendary diamond set by Chaumet founder into Napoléon’s coronation sword. To make the gems even more regal, they’re crowned with a motif inspired by the traditional Russian headdress — often found in Chaumet’s tiaras. 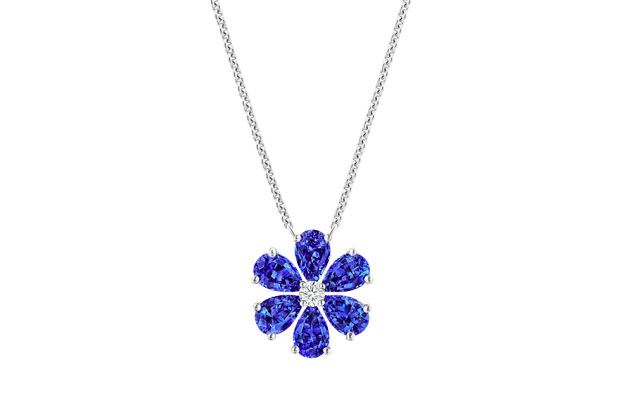 Jewellery is often made to mimic nature, which is the case for this breathtaking Harry Winston necklace. Its pendant features a shining Forget-Me-Not flower, recreated with pear-shaped sapphires for petals. To add even more radiance, the platinum necklace is also set with a sparkling round diamond. 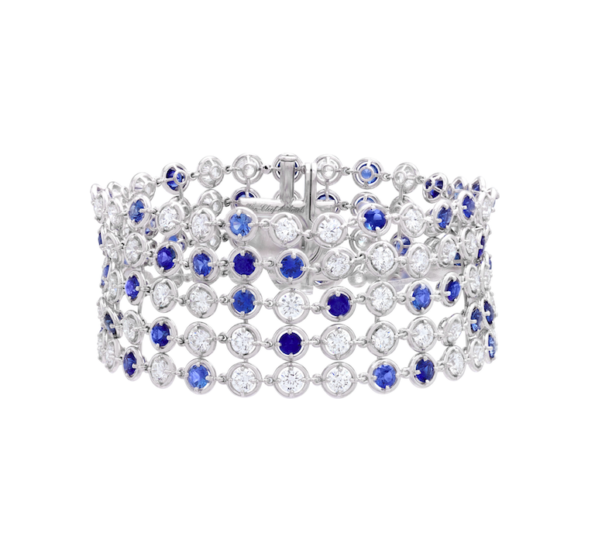 Van Cleef & Arpels presents more natural forms — this time, droplets of water. They’re recreated by a generous sprinkle of round sapphires and diamonds (there are almost a 150 gems in all) set into white gold bracelet, whose openwork structure makes it as fluid as the waves. 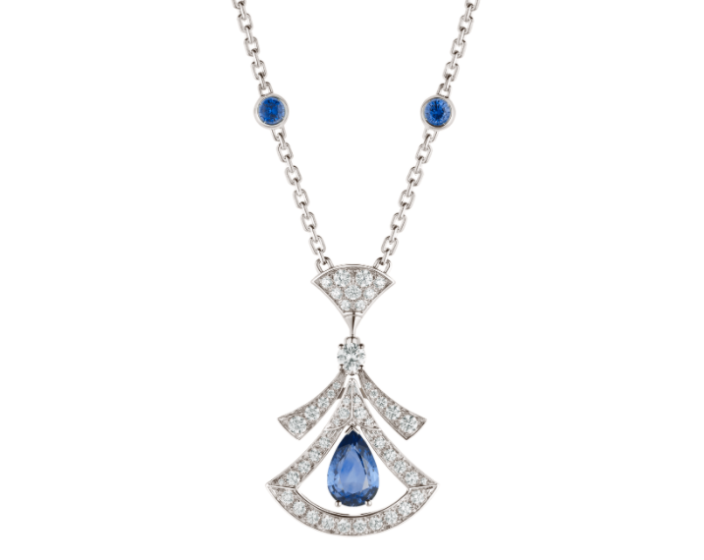 Trust a necklace made for a diva to look this extravagant. Bulgari’s offering features a white gold openwork necklace that is distinguished by its ornamental pavé diamond pendant. Accents of blue shine through as well, thanks to a pair of round sapphires and a hypnotic, pear-shaped one at the centre.