Home > Style > Jewellery > What you need to know about topaz, November’s birthstone 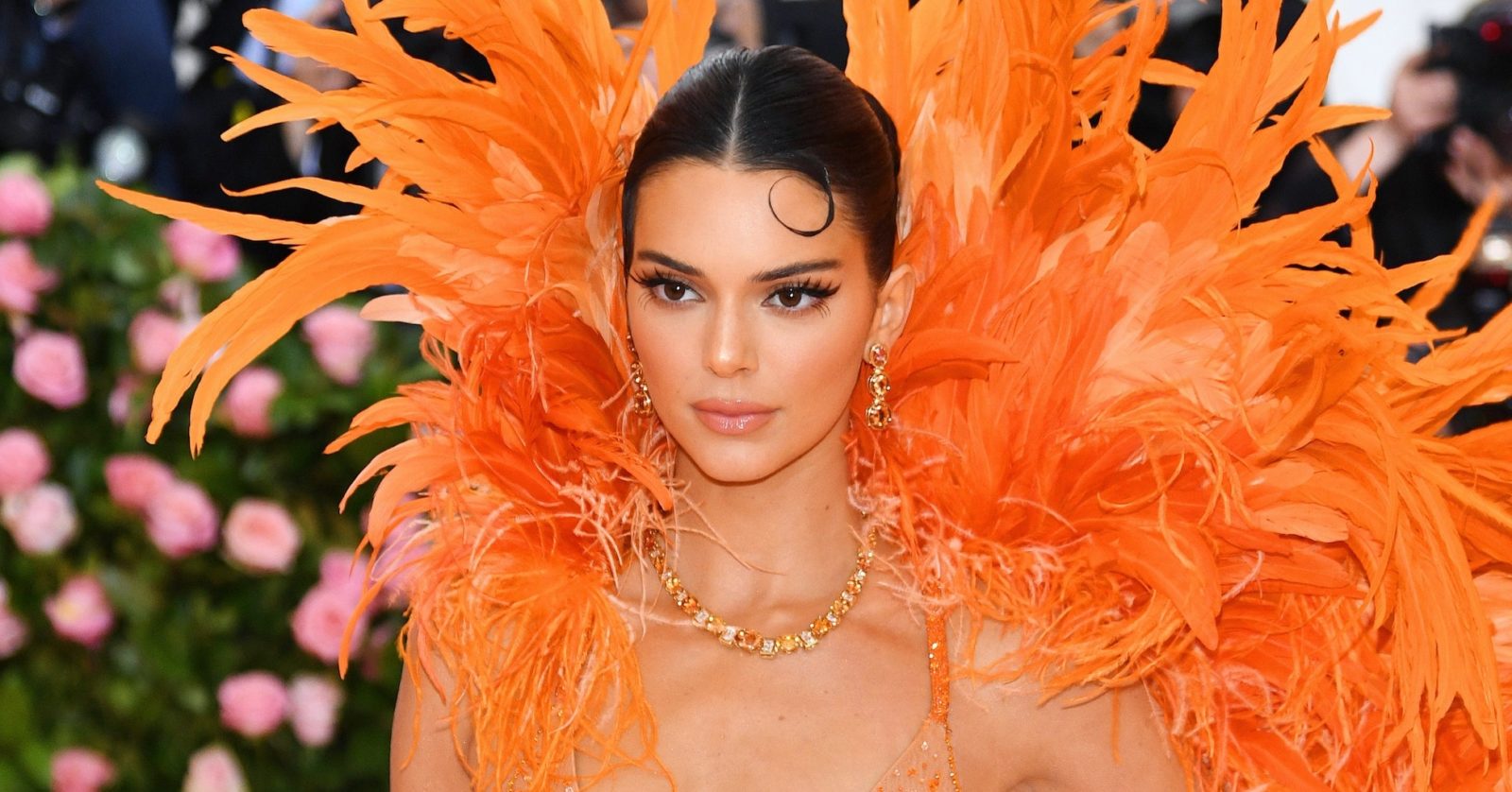 Style
What you need to know about topaz, November’s birthstone
Share this article
Next article

Topaz was a symbol of strength in ancient times.

In the eyes of the ancient Greeks and Romans, the topaz was a special stone. The gem, with its fiery hues, captured the brilliance of the sun, so both empires believed that it must have held its power too.

Accordingly, they brought their stone of strength to the battlefields. The Roman emperor Hadrian would wear a topaz ring as a form of protection. In one of the many curios the Greeks left behind, the image of another king, Alexander the Great, was also embedded in the gem.

The myth of the topaz travelled, too: the stone found its way to Egypt, where it was revered as a symbol of the kingdom’s sun god. In India, where gems still have all sorts of mystical associations, Hindus would wear the topaz over their chest for the promise of a long life.

Today, we know that none of them were entirely misled in their beliefs. The topaz is a mighty stone — at least, on the Mohs hardness scale, where it ranks eighth. That means that it’s harder than quartz, but not quite as resistant to scratches as a ruby or a sapphire.

We also know that topaz comes in many colours. Blue topazes can occur naturally, but they only do so, well, once in a blue moon. Instead, the more common milky-white or colourless topaz is often treated or heated to achieve the colour. Or it could be coated with titanium, producing the trippy “Mystic Topaz” that has every colour of the rainbow.

The imperial topaz is the most precious one of the lot, with its sunset hues of yellow, orange, pink and red. As its name suggests, it has regal associations: in the 19th century, only the Russian Czar’s family were allowed to wear the stone. In Brazil, the imperial topaz has been linked to Emperor Pedro II ever since his visit to Oura Preto, a small town near where the rare gem is mined to this day. Now, it belongs to a different kind of royalty — the red carpet one.

Among the glimmer of diamonds and rubies and sapphires, you can sometimes spot the blaze of the topaz adorning a famous face. You might recall Kendall Jenner turning up to last year’s Met Gala in an all-orange ensemble, complete with Tiffany & Co. jewels gleaming with the gem. At the Oscars in February, Little Women actress Florence Pugh also made a statement with a 20-carat imperial topaz, which dangled from her Louis Vuitton high jewellery choker.

Whether as an amulet or an accessory, the topaz clearly maintains its allure. That’s why it would make for a marvellous gift — especially for a loved one born in November, when it rules as a birthstone. Need a little inspiration? Below, we highlight the most mesmerising topaz jewellery pieces you can shop for now. 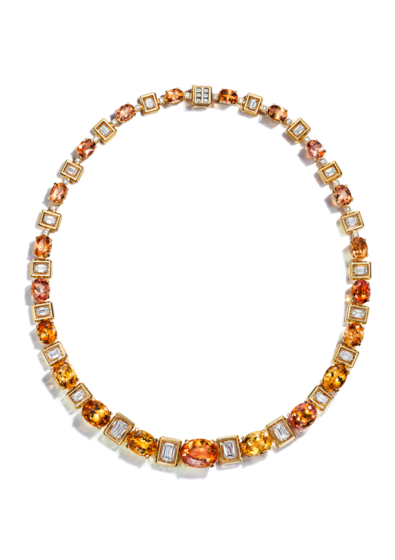 Here is the aforementioned necklace worn by Kendall Jenner, in all its orange opulence. Tiffany & Co. used over 75 carats worth of imperial topazes for the piece, which was made even more spectacular with square- and emerald-cut diamonds. 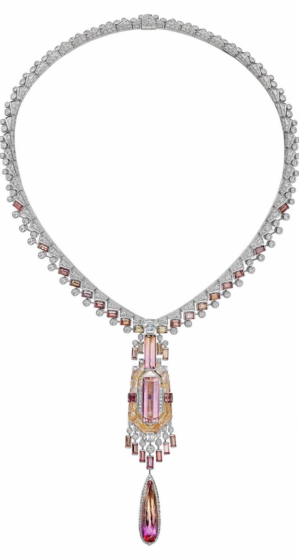 The “Mauna” necklace is the pièce de résistance of Cartier’s Magnitude high jewellery collection. The Art Deco-inspired design features three imperial topazes, including a 11-carat, pear-cut one that changes in colour from fuchsia to yellow. 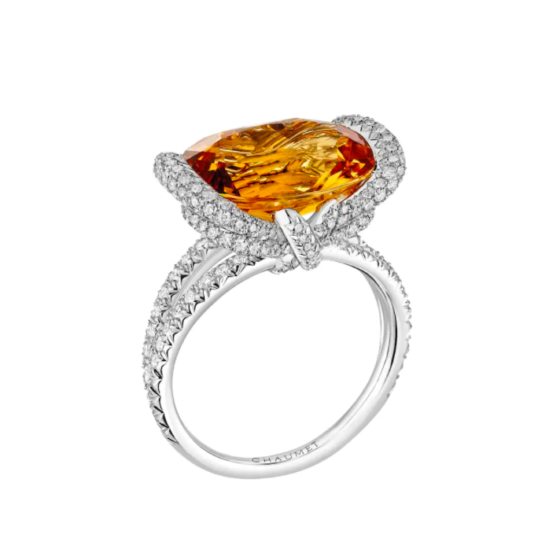 Unlike Emperor Hadrian, you won’t need this topaz ring for protection. Adornment will do just as fine, which is what Chaumet intended when it designed the engagement ring with an oval-cut imperial topaz set in the heart of a romantic bow. 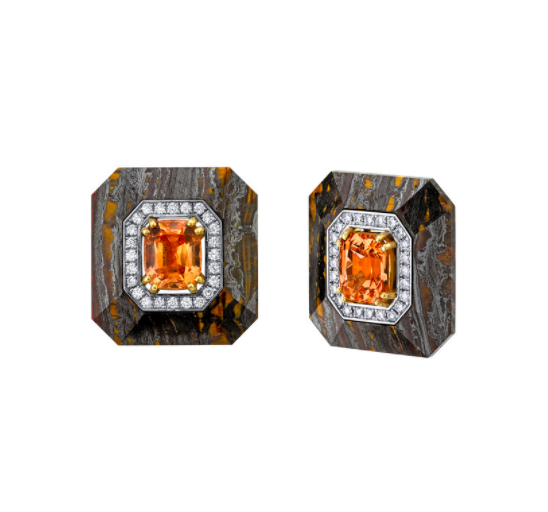 If your recipient is really into crystals, these Emily P. Wheeler earrings will make the perfect gift. Topaz gems, weighing 10.8 carats, are set onto a pair of hand-carved tiger iron stones, which are believed to bring out one’s personal power. 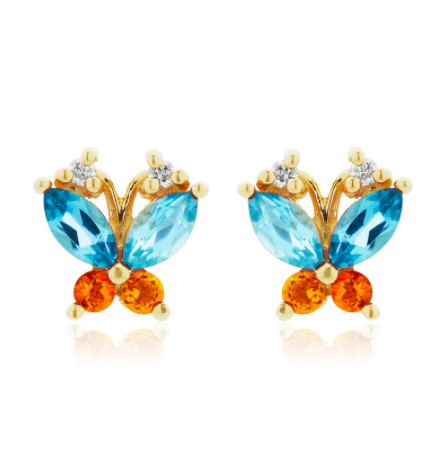 For a topaz jewellery gift that you can wear everyday, try these Joie DiGiovanni earrings. Each stud, made of 14k gold, is shaped like a butterfly; their wings are ingeniously dotted with blue topaz and citrine gems — both official November birthstones.