Behold the most extravagant watches that demand your attention

Watches have always been known to complement one’s outfit. It’s all about putting the final touches onto an outfit, giving it a finished look without doing too much. You have your dress watches, your casual watches, as well as your timepieces that are a balance of both. When it comes to ostentatious watches, however, that’s an entirely different story. These are watches that are meant to make an impact from the moment you enter the room; it demands the attention of everyone in your vicinity with its sheer boldness.

While some would consider over-the-top watches as a fashion faux pas, it takes a special breed of men and women to pull it off. Of course, one must also factor in the cost of upkeeping when it comes to this special series of watches. Unfortunately, some of the watches mentioned today won’t go down well with vintage collectors as it demands way too much attention.

Historically, watches were meant to be admired from a tasteful point of view, rather than having everyone gawk all over it. If members of the royal family could stick with minimalist watches that have its own story, I’m sure many others could as well. Be that as it may, watches are a part of fashion and everyone has a different view on things. Some may love a particular watch while others despise it; in the end, it comes down to how well one can pull it off. 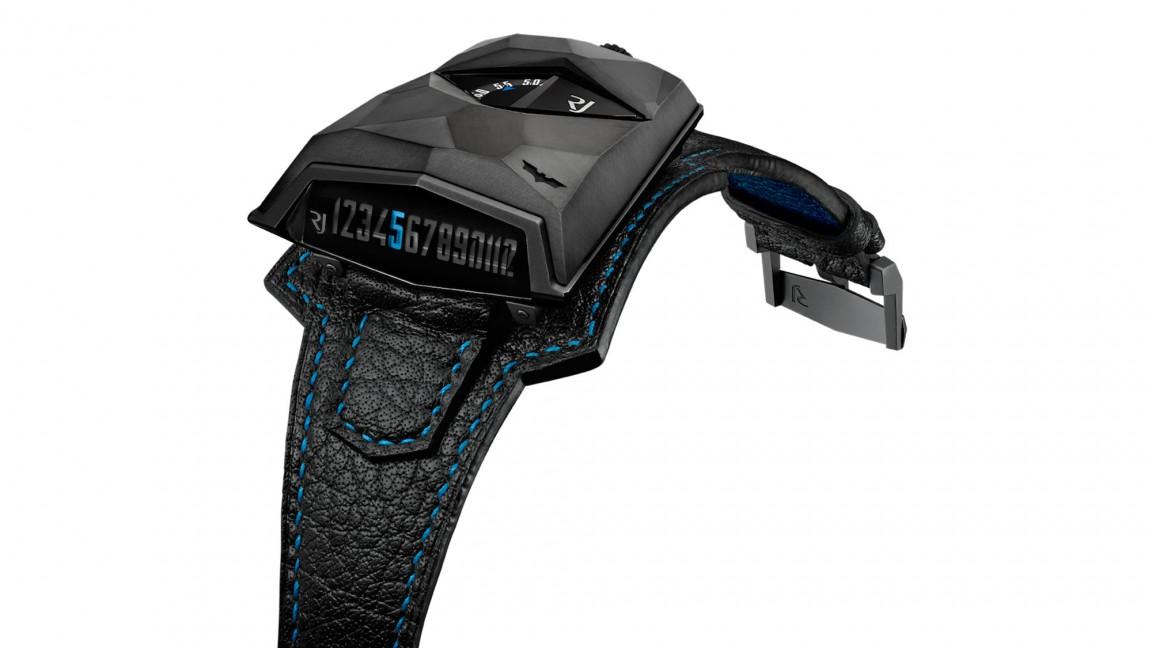 Romain Jerome has been known to have unique collaborations with its watches. Always looking to take things to the next level, many Romain Jerome watches are seeped with pop culture references, much like its video game collection that features the likes of Space Invader, Tetris, Donkey Kong, and Pac-Man designs on the face. However, there is none quite like the Romain Jerome Spacecraft Batman watch. While not the first model this independent Swiss watchmaker has designed in inspiration to the caped crusader, the Romain Jerome Spacecraft Batman encompasses the essence that is the Dark Knight with its dark silhouette as well as providing wearers with a different way to view time. 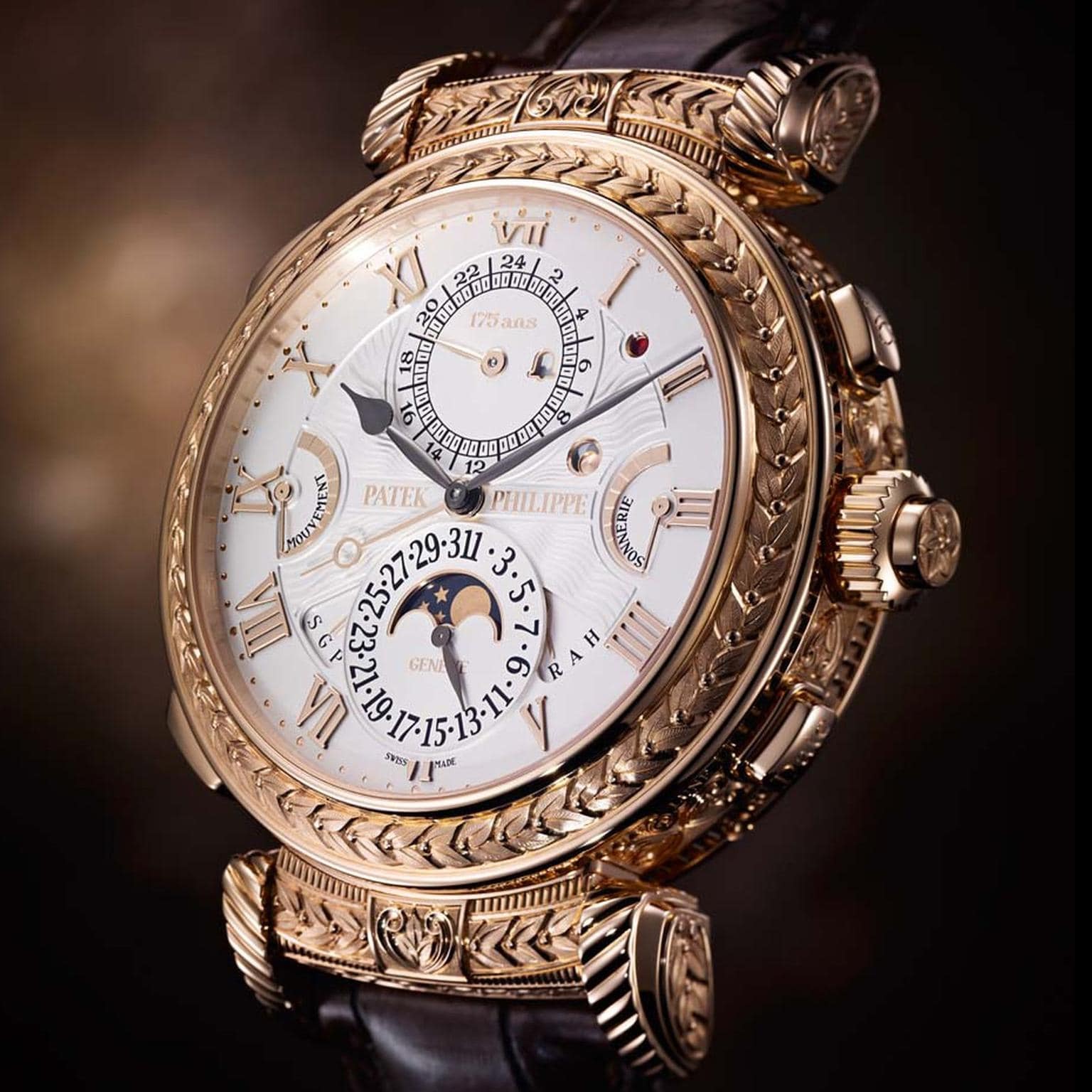 As the old saying goes, “you never actually own a Patek Philippe. You merely look after it for the next generation.” A 20-year old advertisement by the luxury Swiss watch manufacturer rings true to this day. However, no one could have predicted the Patek Philippe Grandmaster Chime going into production 20 years ago. In conjunction with its 175th anniversary, Patek created an exclusively limited edition series of watches — seven to be exact — that would become one of its most outstanding watches yet. The Patek Philippe Grandmaster Chime carries all the bells and whistles necessary while still housing the iconic Patek engineering. Aside from it’s dual face, the timepiece is adorned with 18-karat gold and sapphire crystals, which took over 100,000 hours to complete and a total of 11,060 hand-finished parts. What about its price tag you may ask? A cool US$2.6 million. 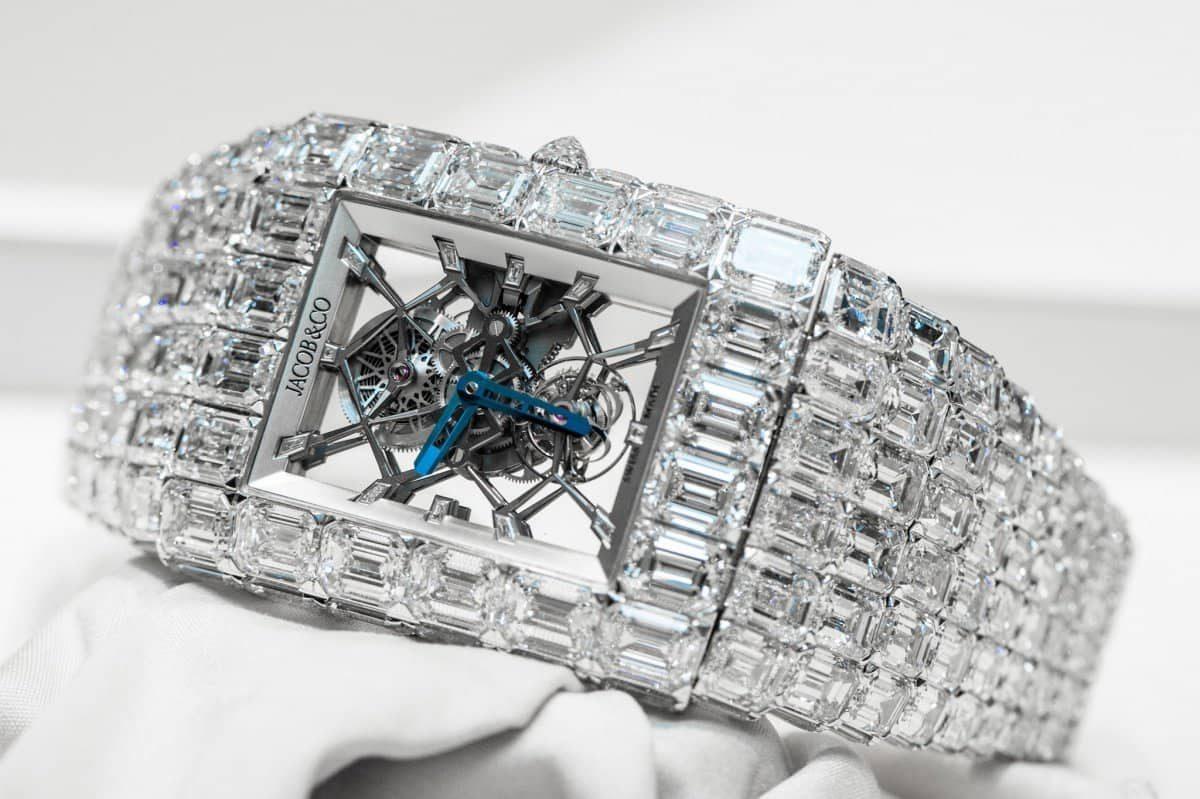 When the watch is called the ‘Billionaire’, one can only imagine the attention it must bring. The one-off Jacob & Co. watch created in 2015 is called as such due to its heavy usage of diamonds. To be more exact, the Jacob & Co. Billionaire carries a total of 260 carats of emerald-cut diamonds. It’s also set on an 18-karat white gold case with a 58mm x 47.5 mm measurement. What ensures that the Jacob & Co. Billionaire watch lives up to its name is its price tag, set at a whopping US$18 million. While it may not be the most expensive diamond-studded watch to hit the market, it very easily lives up to the extravagance of a luxury watch. 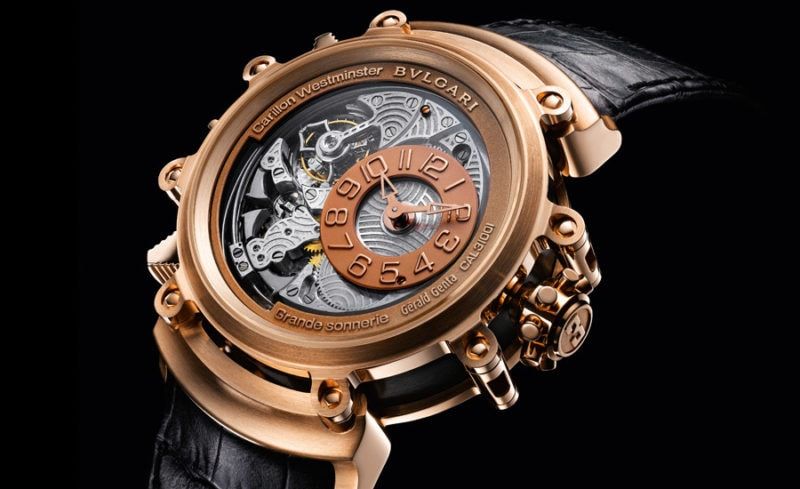 While mostly focusing towards jewellery, Bulgari is no stranger when it comes to its luxury watches. With many of its designs focusing towards a simplistic and minimalist approach, the Bulgari Magsonic Sonnerie Tourbillon differs from the rest. Known as one of Bulgari’s most complicated watches, it features a tourbillon style regulation system with a range of chiming functions. Made out of over 1,000 pieces, its housed in a special ‘magsonic’ alloy with titanium and gold materials to boot that helps absorb the the sound that comes from the movement of gongs and dials. To get your hands on the Bulgari Magsonic Sonnerie Tourbillon, you will have to fork over US$900,000. 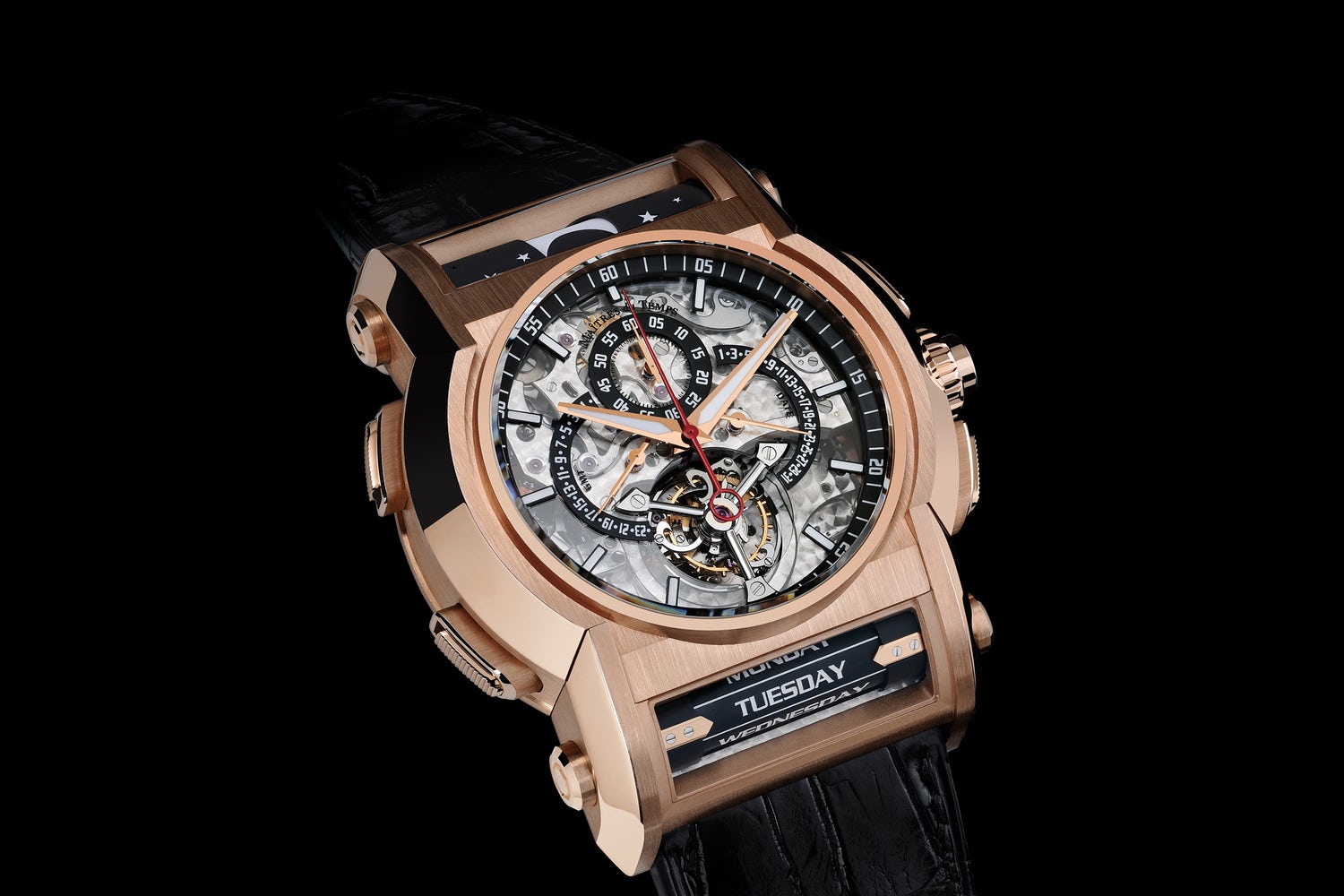 Known for rounding up some of the most famous watchmakers from around the globe, Maitres Du Temps spares no expense on the Chapter One Round Transparence. It elevates the luxury watch market to new heights, bringing together a melting pot of different ideologies into one design. It’s 18-karat red gold case sets the bar all on its own, backed up by a limited edition engraving to the 11 models manufactured. Its strap is made of hand-sewn alligator leather with an 18-karat red gold deployment buckle. At US$533,000, the Maitres Du Temps Chapter One Round Transparence could be your splurge for the year.

Luxury Watches Bulgari Patek Philippe Jacob & Co Romain Jerome jacob & co billionaire patek philippe grandmaster chime Romain Jerome Spacecraft Batman Bulgari Magsonic Sonnerie Tourbillon Maitres Du Temps Chapter One Round Transparence maitres du temps
Wi-Liam Teh
Senior Writer
Wi-Liam is a geek at heart with a penchant for tattoos. Never without a drink in hand (preferably whisky, gin, or Guinness), he is also a writer by day and a keyboard warrior by night. On his day off, he masquerades as a streetwear and sneakerhead enthusiast while his bank account says otherwise.
Tech Cars Watches Entertainment Food Drinks
Sign up for our newsletters to have the latest stories delivered straight to your inbox every week.