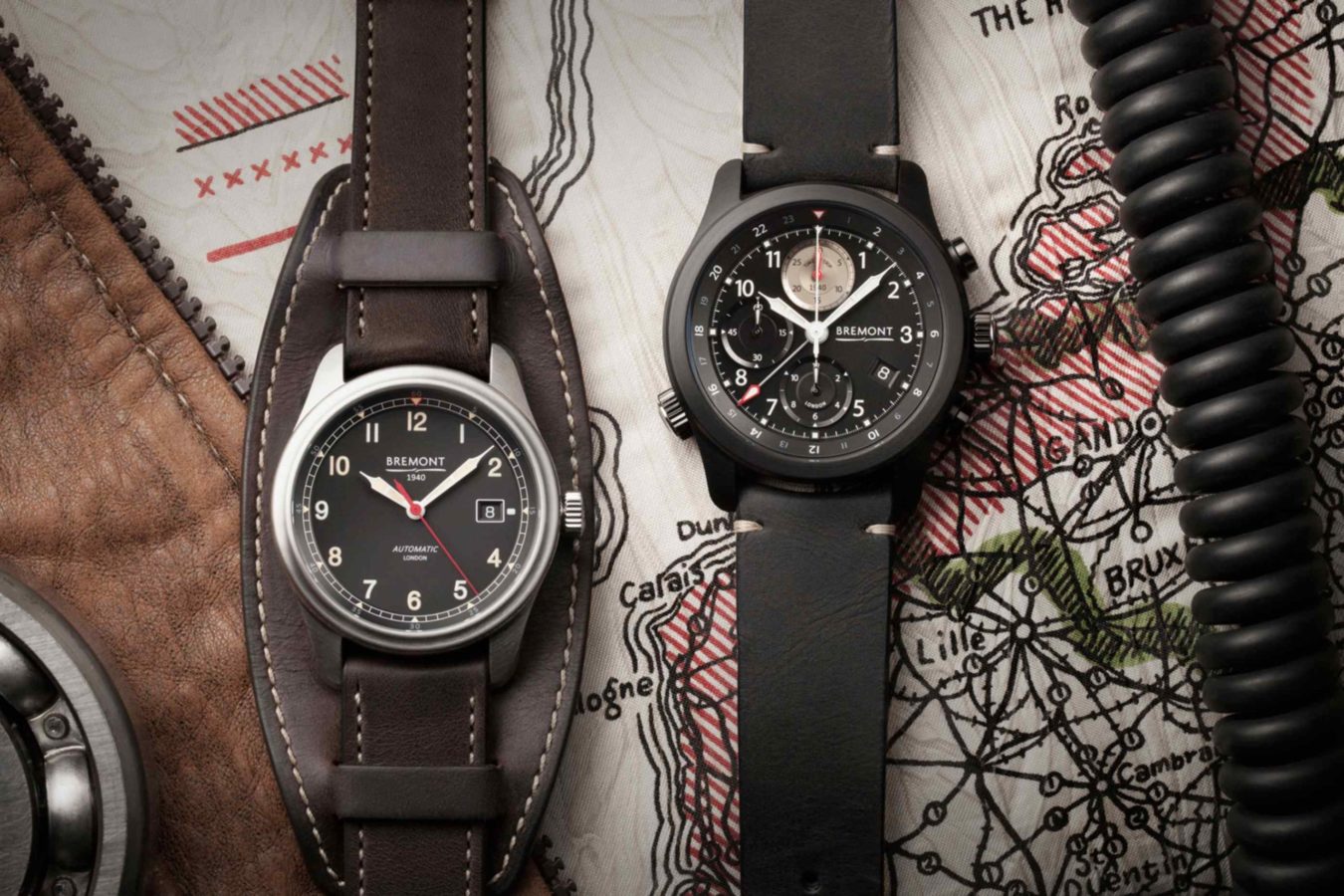 This latest box set is inspired by the Battle of Britain.

Few events bear as much significance in England’s history as the Battle of Britain, which saw courageous pilots from the Royal Air Force dash plans of a German invasion during World War II.

Eighty years since their heroic contributions, these pilots will finally be celebrated in the most Bremont way possible — with 80 limited edition box sets that will also give its buyers a chance to experience flying in the same plane as these valiant aviators once did in the legendary dogfights.

Inspired by two iconic aircrafts — the Hawker Hurricane and Supermarine Spitfire — the limited edition set of two watches will feature design elements borrowed from the fighter planes. The Bremont BOB Spitfire specifically borrows from the Smiths clocks found in the cockpit. Besides chronograph functions, the watch also indicates the date and has GMT functions, with hands that are coated with Super-LumiNova for easy visibility in the dark. Its 43mm DLC-treated case is also fashioned out of the brand’s proprietary Trip-Trick construction to be scratch-resistant.

Like its Spitfire brethren, the Bremont BOB Hurricane is also a chronograph, but trades murdered-out sleekness for rugged good looks instead. The vintage brown leather bund strap takes its cues from timepieces worn by the RAF pilots then, a timeless detail which pairs perfectly well with the watch’s robust stainless steel case and vintage dual-toned numerals. This version is also smaller at 40mm, much like the watches of that era. Both timepieces feature their respective planes on the closed caseback.

History buffs and watch collectors will appreciate that these special timepieces come delivered in a mantle-worthy wooden box with retro leather closures, but the icing on this cake is really the trip of a lifetime in the original Spitfire. Organised in partnership with the Aircraft Restoration Company in Duxford, England, Nick and Giles English — Bremont’s co-founders and keen aviators — hope that their clients will be able to take in the remarkable and incredibly rare opportunity of experiencing the “vintage smells, thundering sound, and the sheer power of the machine coming at you from every direction.”

The poignant Battle of Britain set retails for approximately S$25,814, but that’s a small price to pay for an experience that we’re sure would be priceless.

Style Watches Limited Edition Watches Bremont Aviation Pilot's Watches
Shatricia Nair
Senior Writer
Shatricia Nair is a motoring, watches, and wellness writer who is perpetually knee-deep in the world of V8s, tourbillons, and the latest fitness trends. She is fuelled by peanut butter and three cups of coffee a day.
Motoring Wellness Watches

Audemars Piguet, Bulgari, and more updates in the world of watches