Home > Style > Watches > Celestial beings: 5 astronomical watches that are out of this world Celestial beings: 5 astronomical watches that are out of this world

Style
Celestial beings: 5 astronomical watches that are out of this world
Share this article
Next article

Themed watches are a trend that never seems to die. From diving to aeronautical watches, these are the type of watches that will always have a place in a collector’s heart. These watches have a long-standing history with specific themes, much like the IWC for being a pilot’s watch and Omega being made for diving. Then, there’s the collection of astronomical watches.

These are the type of watches that aren’t themed towards a specific occupation or hobby. It is however, made to bring the stars closer to your collection. Astronomical watches have been around for some time now, giving your run-of-the-mill luxury watches a brand new look and feel.

And not every luxury brand partakes in it. In fact, very few would actually introduce an astronomical watch due to the many complications that go into making it. Astronomical watches also only appeal to a niche group of collectors and enthusiasts; not everyone would be interested in it much like the more popular pieces.

What’s great about astronomical watches is that it not only gives you a glimpse into the inner workings of a luxury timepiece, it also allows you to look beyond just the skies and into the galaxy. Scroll down to look at more beautiful timepieces that are just as glistening, like the stars in the night sky.

Jacob & Co is no stranger when it comes to its grand complication timepieces. The Jacob & Co Astronomia Solar is the perfect example of an astronomical watch with various planets, including Earth orbiting around the dial. Beneath the rotating planets is a Chinese zodiac calendar, which is also where you will be able to tell the time. At the 12 o’clock sits the flying tourbillon cage while the timepiece itself carries various jewels and gemstones, most notably amethyst, peridot, and topaz. 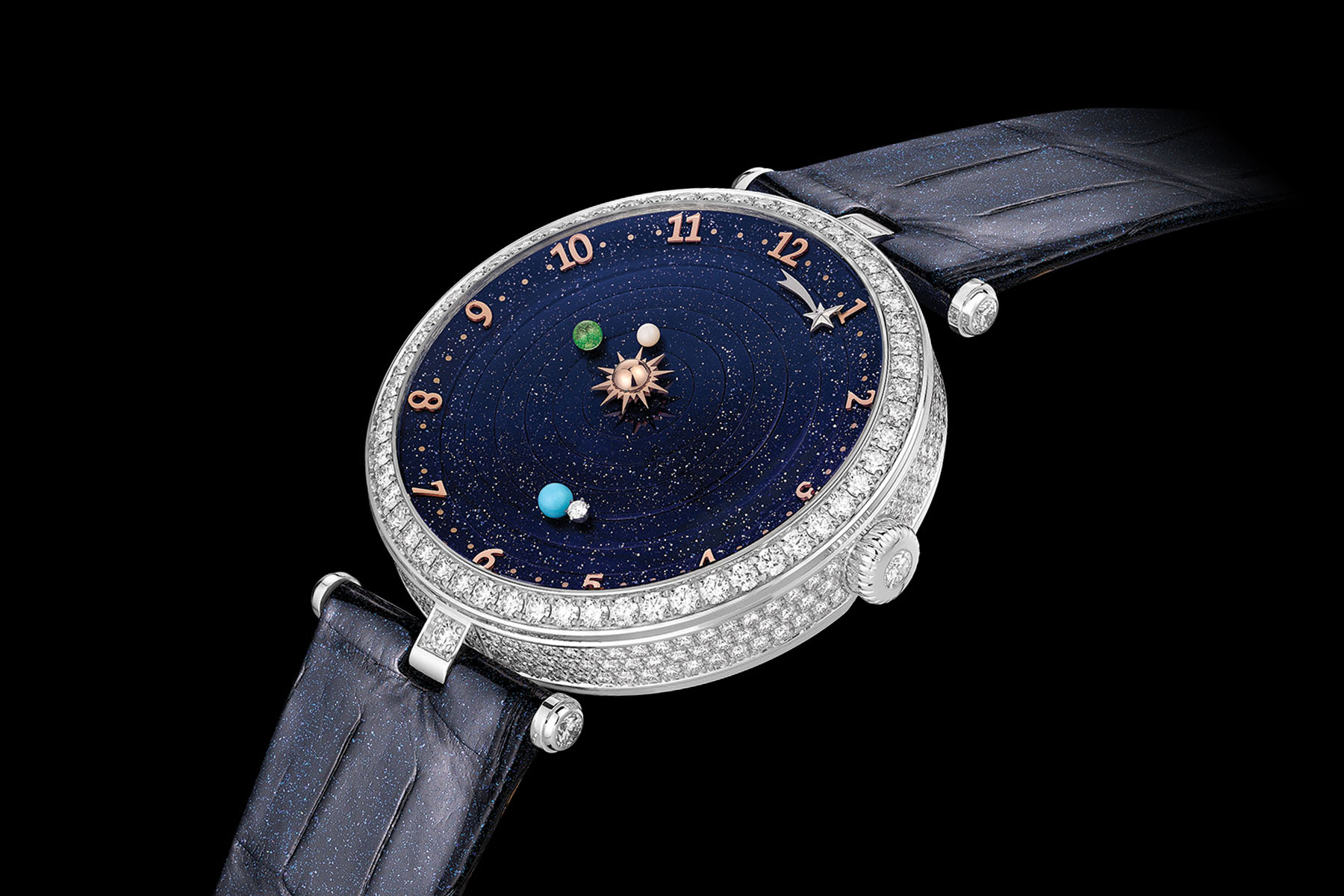 A brand that needs no introduction, the Van Cleef & Arpels Lady Arpels Planetarium made a name for itself when it won an award in the Women Complication category at the 2018 Grand Prix d’Horlogerie de Genève (GPHG). The Lady Arpels Planetarium provides a unique way for the wearer to tell time with a constellation of planets, the sun, and a star oscillating around the night sky in all its glory. The bezel also features a full row of cut diamonds to add a glint of shine to its overall outlook. 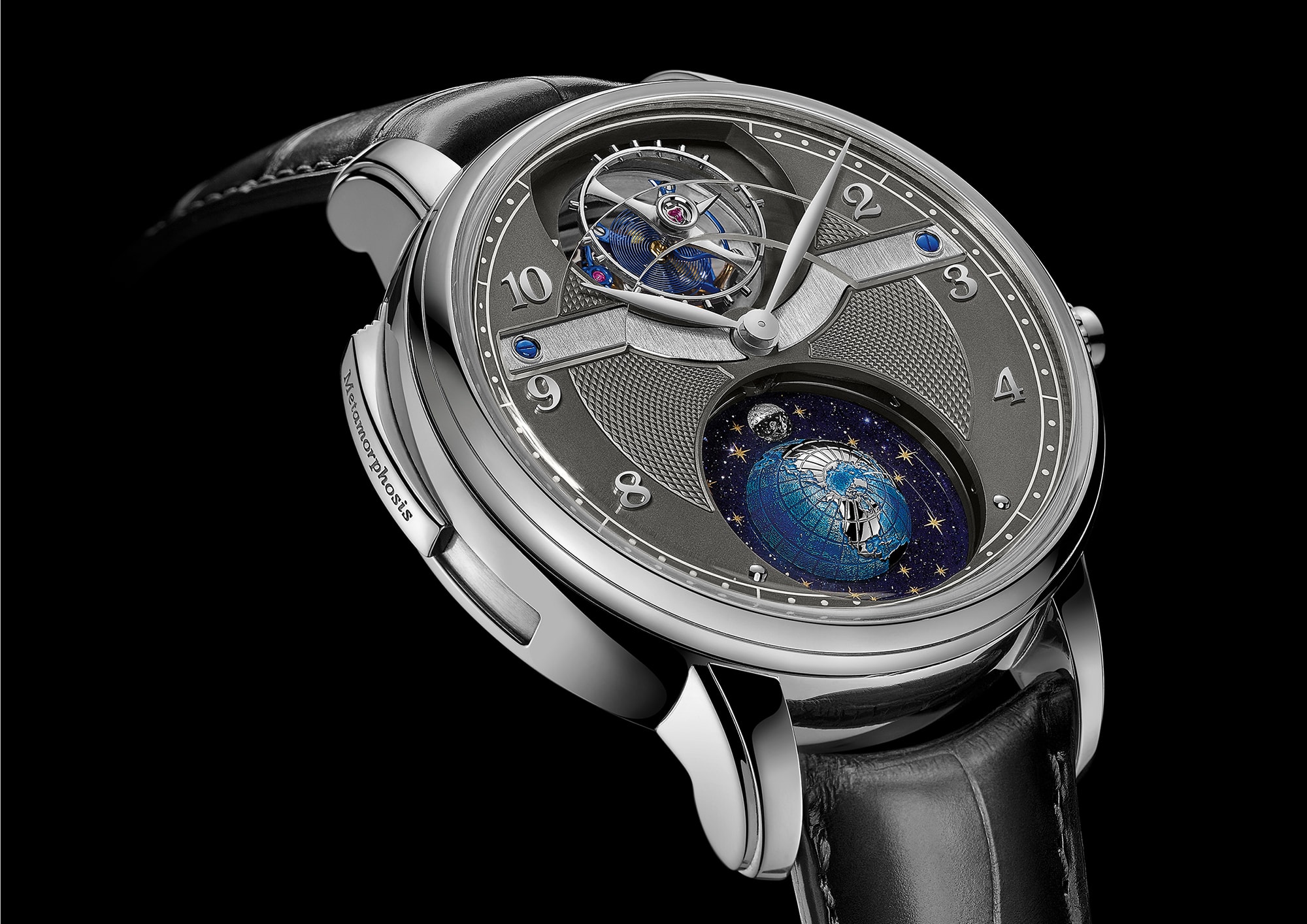 The Montblanc Star Legacy series is one of the maker’s finest collection of watches. In particular, the Star Legacy Metamorphosis is one of its greatest accomplishments while also being one of the latest. There is a three-dimensional moon display at the Northern Hemisphere of the watch along with the watchmaker’s patented Exo Tourbillon resting on the 12 o’clock. The watch is also two-faced, much like other Metamorphosis timepieces. This allows the wearer to flip between faces, which show two different backgrounds for the Exo Tourbillon. Louis Moinet is known for utilising rare natural materials and it doesn’t get any better than with the Louis Moinet Astralis limited edition timepiece. With only 12 available worldwide, the timepiece combines a tourbillon, a chronograph, and a 24-hour disc with stones from four places in the solar system. You can also get a Louis Moinet Astralis timepiece in the particular stone, whether it’s from Mars, Mercury, the Moon, or from an asteroid that formed nearby the Sun. 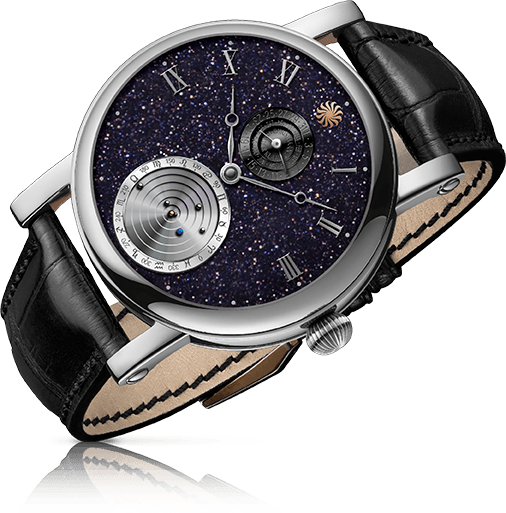 The Dutch master watchmaker known as Christian Van der Klaauw is known mostly for his astronomical watches and the Planetarium may just be his most famous timepiece to date. Within the watch sits the smallest mechanical planetarium in the world, which displays the likes of Mercury, Venus, Earth, Mars, Jupiter, and Saturn orbiting around the Sun. The dial also features a star-filled sky thanks to the adventurine glass (goldfluss) with white rhodium plated indexes.

Van Cleef & Arpels Montblanc Jacob & Co Louis Moinet astronomical watches christian van der klaauw
Wi-Liam Teh
Senior Writer
Wi-Liam is a geek at heart with a penchant for tattoos. Never without a drink in hand (preferably whisky, gin, or Guinness), he is also a writer by day and a keyboard warrior by night. On his day off, he masquerades as a streetwear and sneakerhead enthusiast while his bank account says otherwise.
Tech Cars Watches Entertainment Food Drinks