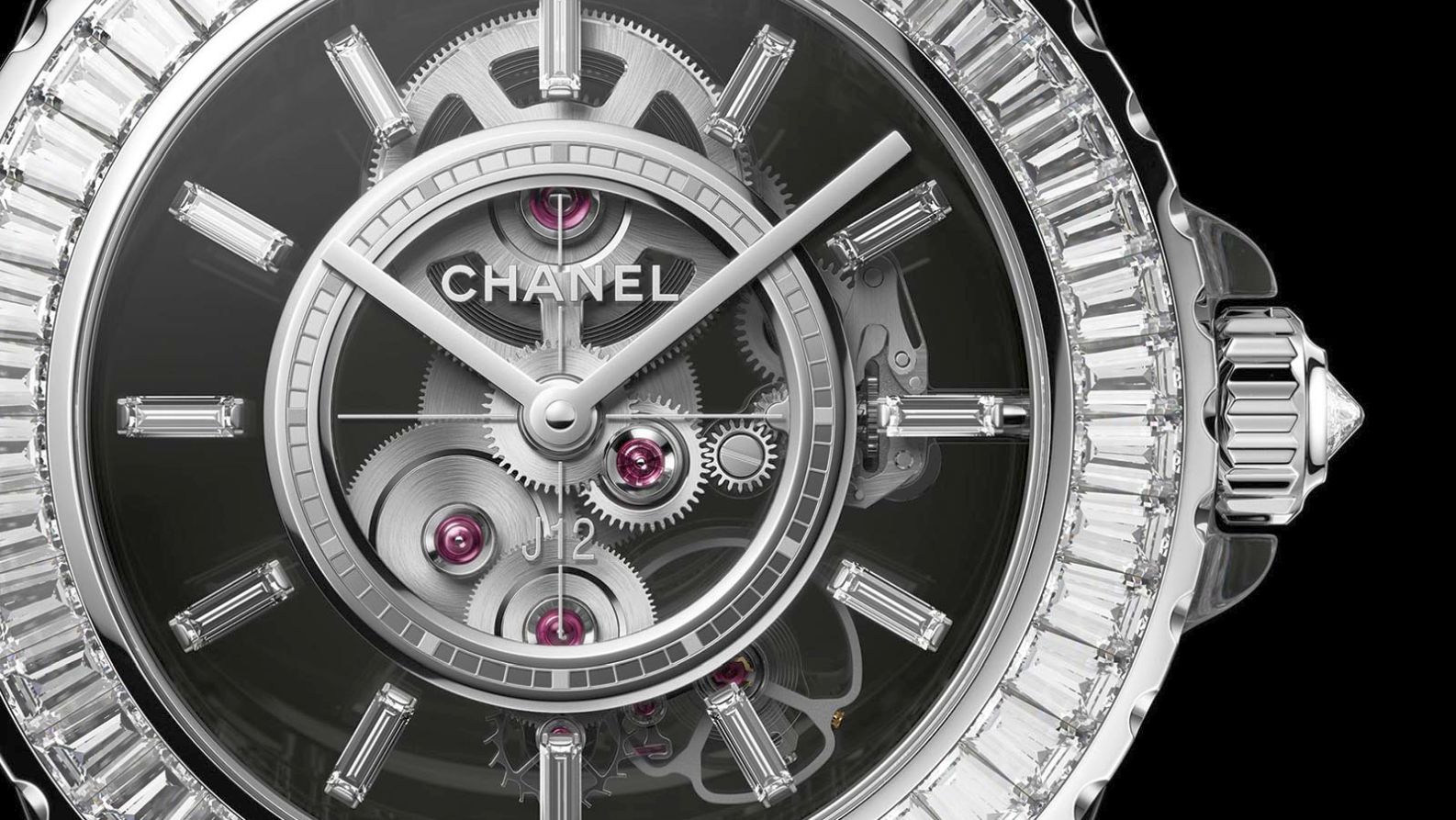 In conjunction with the 20th-anniversary of the Chanel J12 timepiece, the haute couture brand is unveiling the ‘Diamond Paradoxe’ and ‘X-Ray’ timepieces.

Even if organisers choose to call off Baselworld 2020 — amidst rising fears of a Covid-19 pandemic — Chanel can be pretty confident it will have the last laugh. In the lead-up to the biggest watch convention of the year, the French fashion house has just released images of its X-Ray and Paradoxe timepieces — both of which celebrate the 20th anniversary of the J12 in a way that’s quintessentially Chanel. Let’s start off with the more conventional of the two releases — the Chanel J12 Paradoxe.

Playing in the same sandbox as Chanel’s mainline J12, the non-limited Paradoxe’s major distinguishing feature is its two-tone case. Each model features a unique colour scheme, with either black or white (dependent on the model) dominating two-thirds of visible casework. In line with the standard J12, the case and bracelet are fashioned from ceramic — which is known for being four times more brittle than steel. To machine such notoriously difficult material, Chanel relies on G&F Chatelain: a subsidiary manufacture which makes a range of watch components for the brand. Chatelain utilises a fairly clever manufacturing process whereby the Paradoxe’s visible ceramic surfaces are screwed over an inner steel core — thus providing a suitable, sufficiently protective enclosure for the movement. (More on that momentarily.)

Alongside the non-limited ceramic model, Chanel is releasing a diamond-set version of the Paradoxe — identical in layout, albeit with a slightly different construction. Limited to 20 pieces, the Diamond Paradoxe is manufactured using an inner case of white gold, that’s then overlaid with a steel bezel. Additional embellishments take the form of a cabochon winding crown and hour markers that continue the theme of precious gems.

A quick look at the dial in the images above reveals that the dial is instrumental in more ways than one: in tandem with its visual appeal, it also functions as the base plate for the movement powering the X-Ray. Within the calibre 3.1, sapphire plays a starring role. All moving parts — including the escapement and going train — are secured by bridges which are themselves fashioned from the transparent material, which gives wearers the sensation that the entire movement is suspended in mid-air. The fact that this particular movement configuration is easy to follow and so pleasing to the naked eye is no accident: draw your eye down to 4 o’clock, and you’ll be greeted by another decorative detail, a balance featuring four individuated counterweights in the shape of a flower.