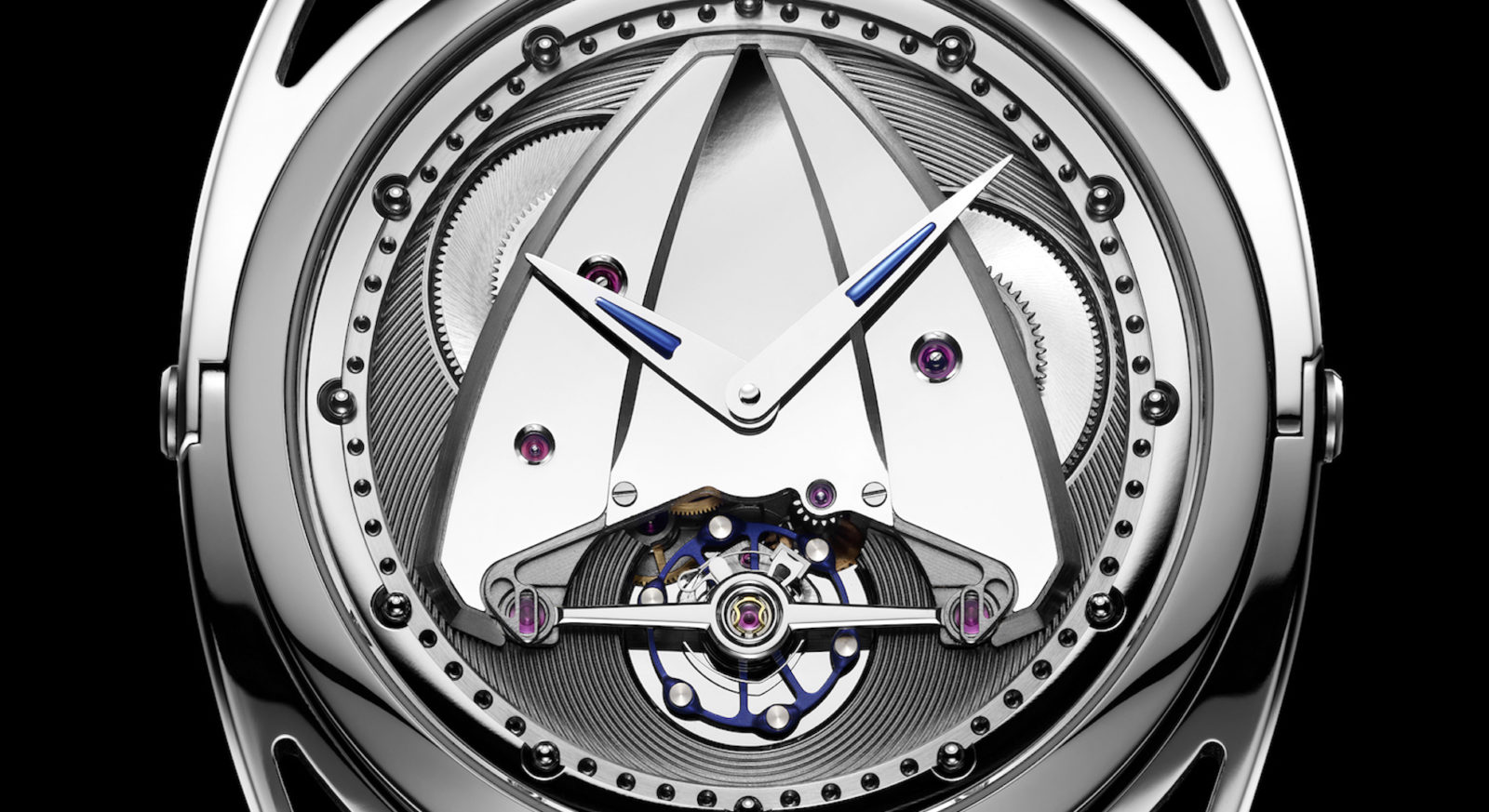 Prepare to warp to lightspeed with this limited production, celebrating 10 years of the DB28’s inimitable, forward-thinking design.

If I’m honest, independents are a part of the watch industry who we only cover sparingly here at LSA. Don’t get me wrong: I’m always up for a well-executed name-brand jewellery watch (or chronograph, for that matter).

But the fact is if you’re going to spend hundreds of thousands of dollars on timekeeping you might as well collect something that proposes a unique technical/aesthetic perspective. Fortunately for this new De Bethune DB28XP, ‘unique’ is just the tip of the iceberg. As part of the DB28 design’s 10th anniversary, the ‘XP’ is being released as part of a trio of special editions (also including a tourbillon and ‘starry sky’ variant).

In light of lessons De Bethune’s watchmakers have learned over the past decade, the ‘XP’ embodies the aesthetic vision of the original DB28, but this time stripped back to the nth degree. At 42.6mm x 9.3mm, it wears very slightly wider and flatter than its predecessor; and foregoes even trace amounts of colour in favour of a variety of high-impact titanium polishes.

Under the chassis — and ‘chassis’ is the right word here, given the starship-esque contours — the movement is as bleeding edge as ever. All of the regulator components are made in-house; and notably, are themselves the subject of many years worth of R&D. The balance spring is built with a flat terminal curve (an ingenuity patented back in 2006) while an innovative triple para-chute system — based on the Breguet invention of the same name — is used to improve shock absorption.

As if the look and technicality weren’t sufficiently impressive, the DB28XP also features ‘articulated’ lugs — a feature which has been core to the design’s appeal since at least 2011. A series of hair springs running throughout a horizontal axis in the centre of the watch’s architecture enable the lugs to ‘pivot’ around the shape and movement of the wearer’s wrist. In the vein of the smart lug, this is a hands-on characteristic calculated to enhance the wearer’s enjoyment; and there’s plenty of anecdotal evidence to suggest that this is in fact the ‘killer app’ which has won plenty of collectors over to the De Bethune cause. Now sign me up — after I manage to sell a kidney.

Living
Join ASICS for a Global Running Day Virtual Run 2020 with a good cause
Gear
The limited Maserati Levante Trofeo Launch Edition roars into Malaysia
Food & Drink
Get your fix of halal Korean food from these restaurants that also offer deliveries
Style
Count on these summer dresses to keep your spirits high when heading out
Travel
Prep for your Bali trip now with vouchers for Sheraton Bali Kuta Resort
Culture
In memory of Christo, the artist who transformed landscapes around the world
Style
Pandora has pledged to stop using mined gold and silver by 2025
Culture
5 Netflix Original travel shows to satisfy your wanderlust dreams for now
Food & Drink
A Malaysian Hennessy rep tells us how to pair cognac with local dishes
Sign up for our newsletters to have the latest stories delivered straight to your inbox every week.