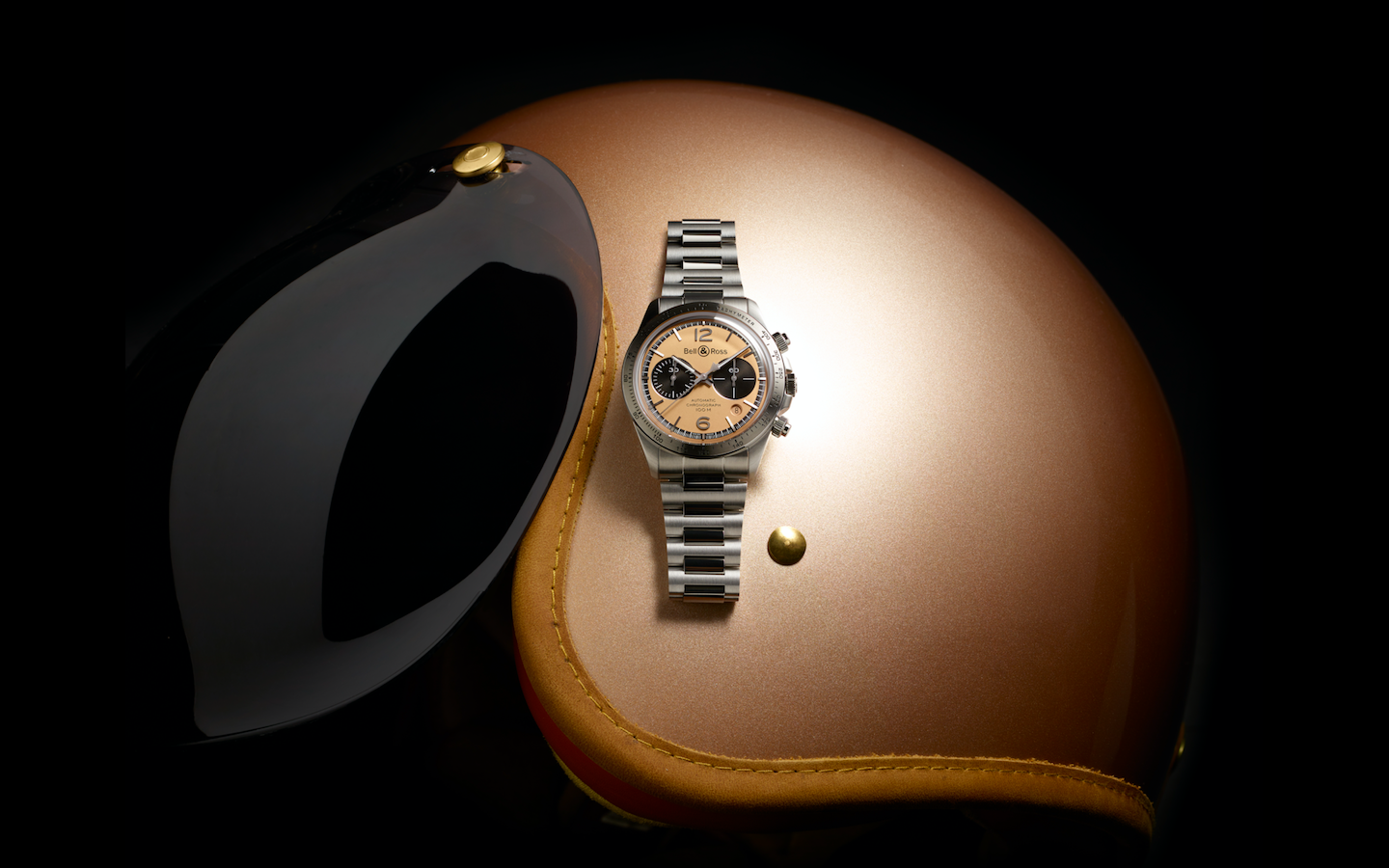 Bell & Ross is no stranger to vintage-inspired watches. In fact, this year saw the third — perhaps, the coolest and most sophisticated — generation of models from its Vintage collection yet. The latest of which is the Vintage BR V2-94 Bellytanker, which finally reached Kuala Lumpur almost a month after it was officially launched in September.

While it may sound like a nickname for your beer-chugging friend, it’s not. High speed racecars (derived from emergency drop tanks fitted in World War II fighter jets known as bellytanks) actually inspired this retro-looking chronograph.

More striking than the three-hand BR V1-92 Bellytanker, the vintage chronograph hints at P-51 Mustang tanks with a larger 41-mm satin-polished steel case. This effect is made even more pronounced by xed bezel (that features a tachymeter scale for calculating speed of race cars) as well as screwed down crown and push buttons (for an improved water resistance of up to 100 metres).

Replacing 3 and 9 o’clock hour markers, two recessed, black sub-dials are added to show running seconds and a 30-minute chronograph counter. They are set against a metallic copper dial with a sepia-toned lenses. A date marker, meanwhile, sits between 4 and 5 o’clock.

This classic watch beats with a caliber BR-CAL.301, an automatic mechanical movement that packs a 42-hour power reserve. The BR V2-94 is available in two options. Choose the metal bracelet for a sporty look or soft and supple dark brown calfskin leather, which we favour for it had us feeling nostalgic about 1950s or the legendary era of record-breaking races in the North America.

We first saw the chronograph for the first time during the Bell & Ross Malaysia’s early Christmas celebration held at The Gasket Alley last week. And it was quite refreshing to see the model adopt the round case of the French watch brand’s Vintage model while remaining resolutely modern.

About 500 pieces of each model will be produced around the world. However, only around 20 to 30 units will be available in Malaysia.