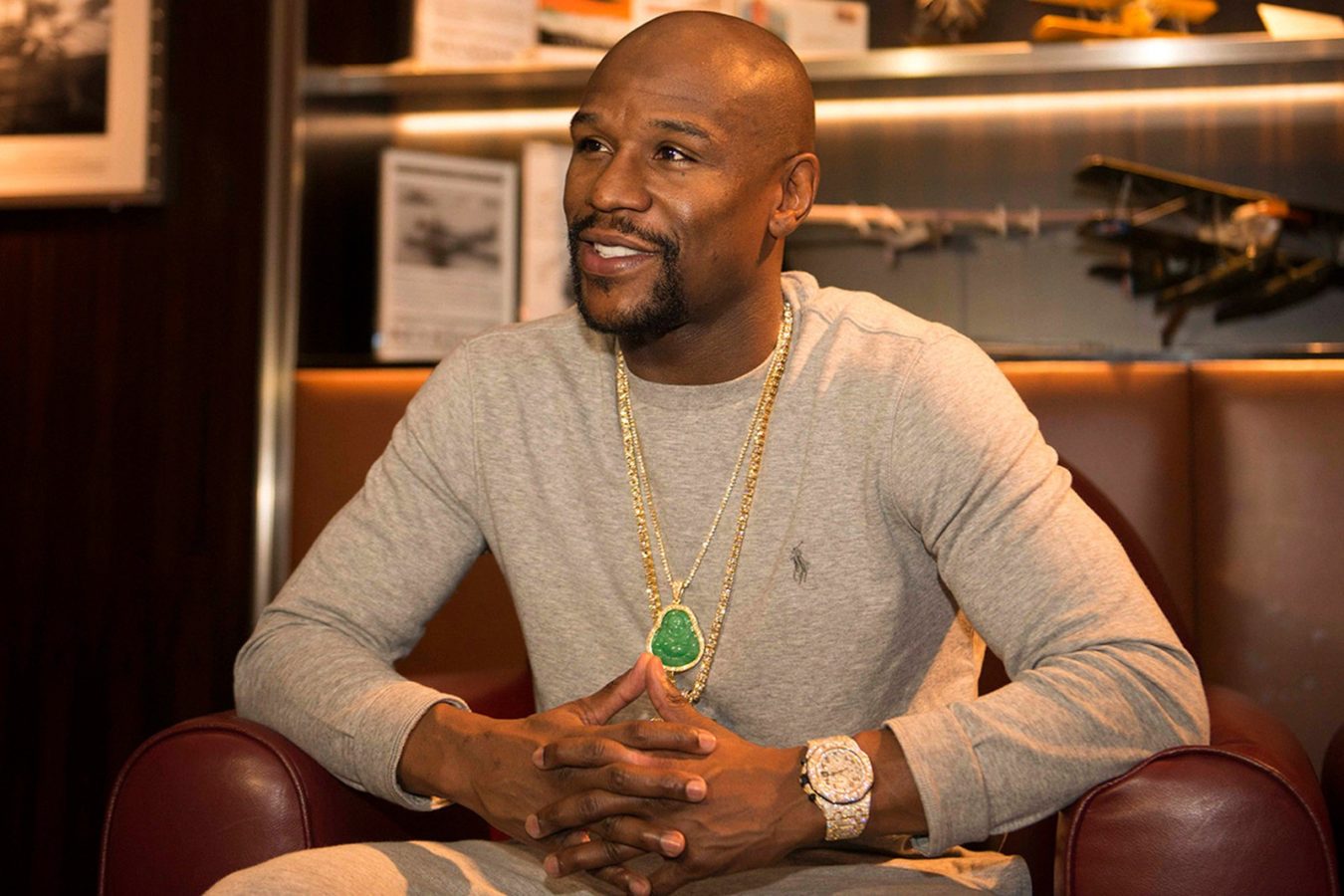 Floyd Mayweather Jr. – King, inside and outside the ring.

With a 50-nil record spreading across five divisions of the boxing world, he’s not only one of the greatest in the sport but also arguably the highest-paid athlete of all time. As per a Forbes report, he bagged $275 million in his bout vs Conor McGregor in 2017 and $250 million two years earlier, versus Pacquiao. With all that money, he’s no slouch when it comes to living life larger than a Bond villain and flaunting it on the internet.

We’ve seen the retired pound-for-pound boxing king cruise around in Rolls-Royces and hypercars, detox with his family at exotic destinations, flaunt exorbitant jewellery and live in multi-million dollar mansions. But the one novelty he’s always kept close to his heart are his watches.

Take a look at the picture above. You’d need to clear out your schedule for the rest of the week to appraise these iced-out assets. When it comes to the horology department, his collection is a Disneyland for watch geeks. Here’re a few of our favourite pieces from Mayweather Jr.’s lavish collection.

Currently, he’s preparing up for his next fight on June 6 against American YouTuber and professional boxer Logan Paul, and as usual, there’s serious money involved for both boxers. On the opposite corner of the ring, Logan Paul is no stranger when it comes to living a luxury lifestyle like Mayweather’s. However, even with his celebrity status, we can’t compare his to the exorbitance of Mayweather Jr.

In collaboration with Yohan Blake, one of the fastest men on the planet, Richard Mille crafted this exquisite skeletonized tourbillon timepiece. Running manual with a power reserve of circa 48 hours, the real magic is in the case. It’s shaped unlike any RM before, offering more comfort for Blake while running. You must be wondering what those bridges are. They’re machined from anticorodal aluminium as they support the grade 5 titanium baseplate assembly with the case. The colours, as guessed are in tribute to the Jamaican flag and in honour of Yohan Blake.

We’ve always been excited to see these two names together. As their worlds unite once again, this creation too is a true marvel of engineering. While its predecessor was all about its transparent sapphire case, this one’s all about housing a movement that’s suspended in mid-air. With a 50-day power reserve, it’s the most complex movement created by the brand. We can’t decide whether it looks like a Ferrari engine or a Transformer in action. Limited to only 20 pieces.

We couldn’t quite find the best picture to showcase the timepiece, but we can guarantee you, it’s one of the greatest novelties we’ve seen from the house of Patek Philippe. The Nautilus 5700/112P Rubies edition comes with an 18k rose gold case that’s complemented by a baguette ruby bezel and a chocolate brown dial. It features a tiny date window at 3 o’clock in signature Patek fashion, and the indexes are replaced by rubies, too. The piece also comes in platinum make, but we can see why Floyd Mayweather prefers this one.

Boxing icon, billionaire, entrepreneur, and brand ambassador of Hublot — Mr. ‘Money’ Mayweather actually has a special line in honour of him. Only 100 of these watches were crafted with a second special edition. While both come set entirely in 3N gold, the standard variant comes enriched with 48 baguette-cut diamonds, whereas the special make comes with 378 brilliant-cut diamonds. They pack Hublot’s signature self-winding, flyback movement with a column wheel, has a 72-hour power reserve. In its case back, you see ‘TMT’, which stands for The Money Team.

Floyd undoubtedly has tons of Rolexes in his watch cabinet, but the one that sparkle shines brightest is this emerald-studded Submariner. Super rare and super icy, it comes in a 40mm form with a baguette emerald and diamond-set bezel that complements its clean 18K white gold case. The pavé dial comes enriched with diamonds with emeralds for indexes. We spotted him wearing this on a recent vacation. Yes, this is what he wears on his off-days.

We saved the best for last, and well, it’s certainly the grandest of the Mayweather watch collection. Called the Billionaire Watch, it was introduced during Baselworld 2015, and there’s speculated to be just one or two ever made. Enriched with 260 carats of emerald-cut diamonds, its case is rectangular with a skeletonized dial. The movement is also on display in all that the middle of all that bling. It houses a tourbillon movement. In addition to this, the entire 18-karat white gold case and bracelet of the timepiece is diamond-set with stones that weigh as much as three carats each.