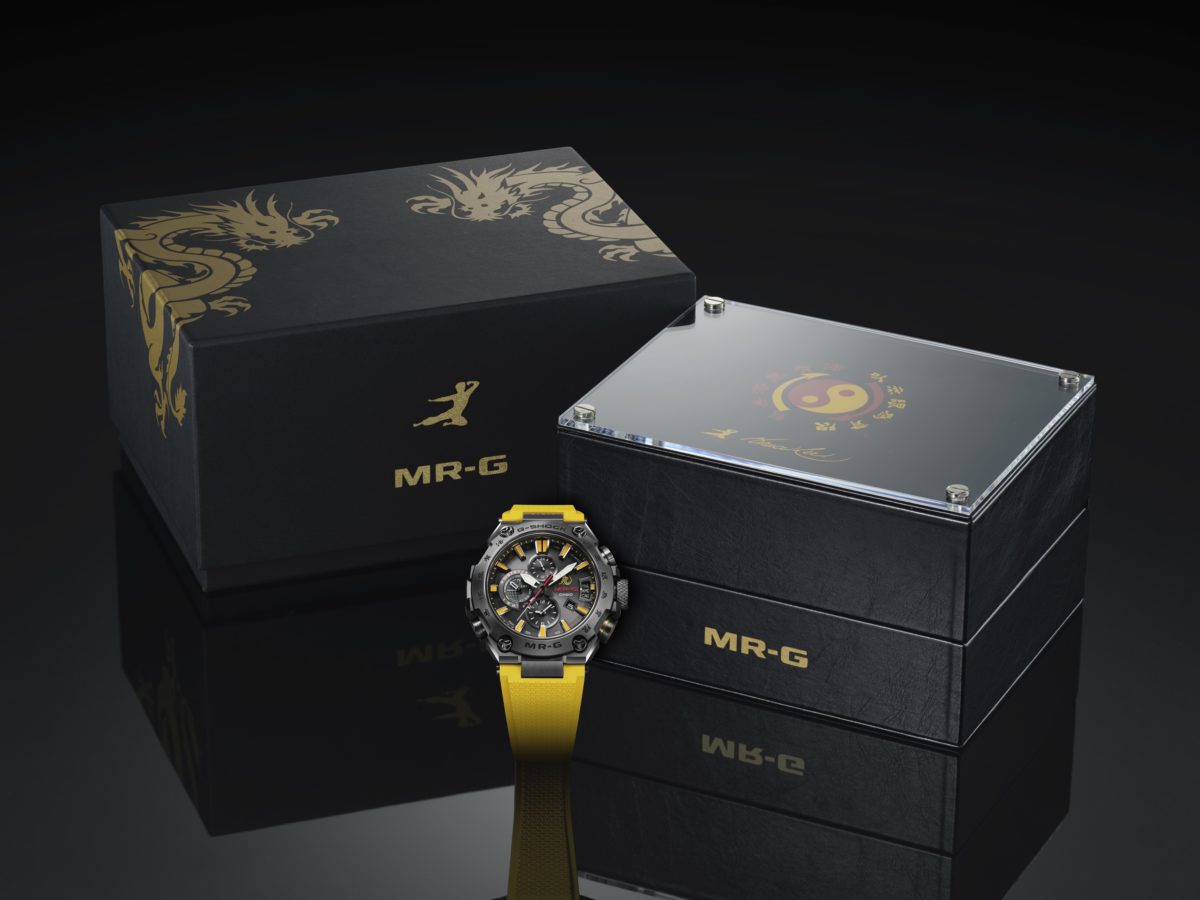 The top-of-the-line G-Shock MR-G series shows us the way of the dragon as it pays tribute to the martial arts master, Bruce Lee.

The martial arts master, instructor, and actor has been a pop culture icon long before his death. With his 80th birthday this year, the new G-Shock MRG-G2000BL sees to embodies his very spirit. To sweeten the deal, there are only 300 pieces worldwide.

Its titanium case is black while the band is yellow, symbolising the yellow-and-black tracksuit that Lee wore in his last film, ‘Game of Death’. On the 3 o’clock is Lee’s signature using the Chinese character “龍,” or dragon, Bruce’s nickname. The bezel is also made of titanium and on it, you’ll find the engraving, “G-Shock pays tribute to Bruce Lee with a limited-edition MR-G.”

Turn over to the caseback and you’ll find the same engraving but in Chinese characters instead. The phrase talks about the limitless potential of jeet kune do. There are also some nifty features on the watch such as Bluetooth and automatic GPS timekeeping.

For more information, head over to the G-Shock website.

All images courtesy of G-Shock.

You may also like…
Style
Parmigiani Fleurier CEO, Davide Traxler opens up about the world of watches
Style
Kith and Casio team up for a flashy, ‘rose gold’ G-Shock 6900
Watches Bruce Lee G-Shock
You might also like ...
Style
Chanel celebrates 20 years of the J12 with two limited edition releases
Style
Raf Simons joins forces with Miuccia Prada as co-creative directors
Wi-Liam Teh
Senior Writer
Wi-Liam is a geek at heart with a penchant for tattoos. Never without a drink in hand (preferably whisky, gin, or Guinness), he is also a writer by day and a keyboard warrior by night. On his day off, he masquerades as a streetwear and sneakerhead enthusiast while his bank account says otherwise.
Tech Cars Watches Entertainment Food Drinks

Fawn over the intricacies of the Dior Grand Bal Masque timepiece