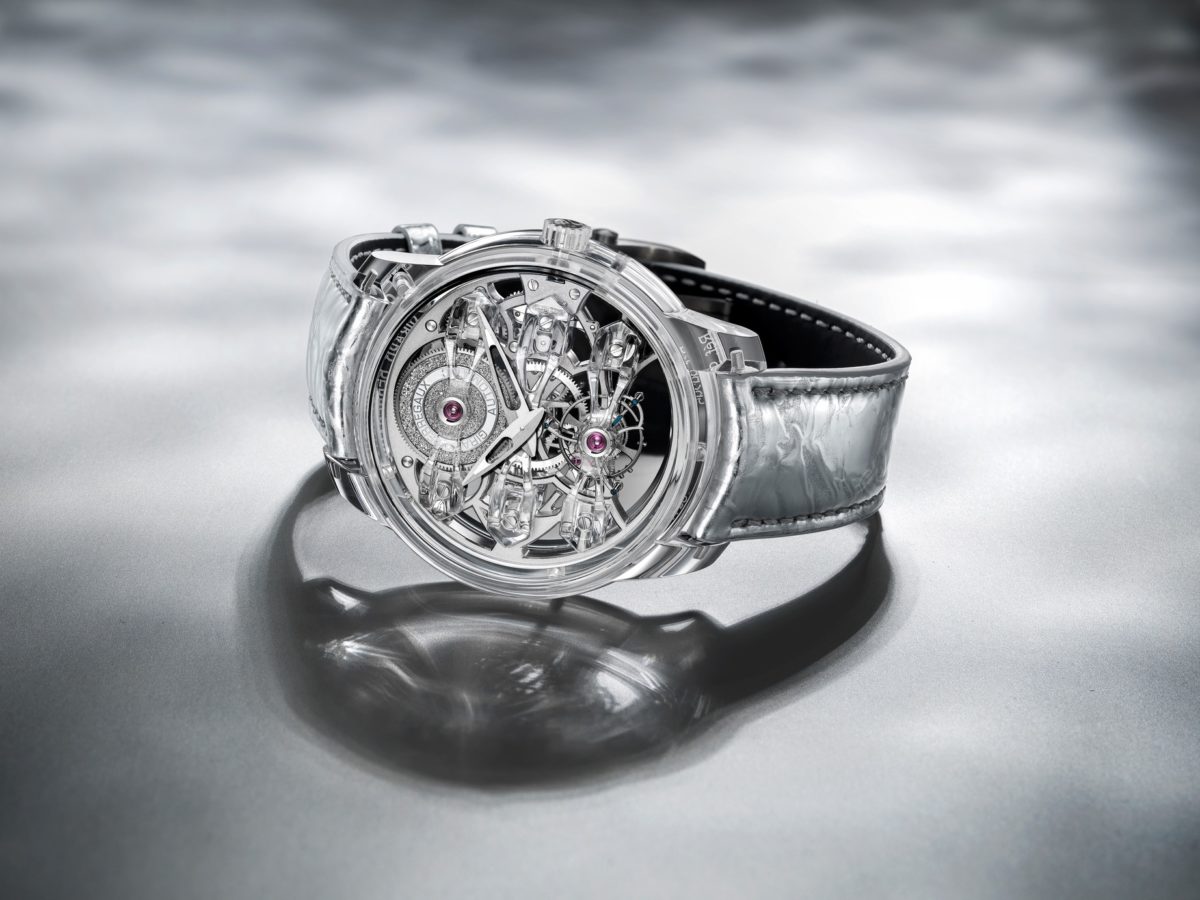 Steel cases might be flashy, but there’s something about a fully transparent watch that catches the eye.

Sapphire crystal watches have been popular throughout the years amongst manufacturers and collectors alike for the same reason: they put mechanical ingenuity at the forefront. To achieve that, the solution had largely been to simply skeletonise the watch (i.e do away with a dial), but few, like Girard-Perregaux, were still not satisfied.

The Quasar Light is perhaps one of the most extreme examples of a sapphire crystal watch and magnificently showcases how big a role light can play in a timepiece. If you recall, Girard-Perregaux already elevated the marque’s best-known design, the Three Golden Bridges, with a sapphire crystal case in the Quasar last year. This time, the Light version takes the concept a notch further by also rendering the trio of movement bridges in sapphire crystal instead of gold as well.

So it’s just another ‘transparent’ watch, you think, but the Quasar Light demonstrates a savoir-faire that’s notoriously hard to achieve. Sapphire crystal might be prized for its hardness — it’s the second-hardest naturally occurring material on earth just after diamond — but this also means it’s painstakingly difficult to craft. That would explain why the brand is only making 18 examples of this then.

The Aerial Neo-Bridges here take on a slightly different shape than the traditional bridges on Girard-Perregaux’s Bridges line and are emboldened by the white-gold Dauphine hands and the movement’s barrel at 12 o’clock. The latter is a dazzling display of what looks to be thousands of minute diamonds but is actually crafted from ruthenium, a rare silvery metal from the platinum family. The tourbillon appears to float freely amidst all of these, adding to the airiness of the watch.

The 46mm timepiece requires over 200 hours of work and only the deft hands of Girard-Perregaux’s finest, so it’s little wonder one would set you back by an astronomical US$294,000 (RM1.2 mil). Still, there’s something greatly captivating and out-of-this-world about a timepiece that’s named after one of the brightest luminous celestial objects.

Watches Luxury Timepieces Girard-Perregaux sapphire crystal watches
You might also like ...
Style
Hublot introduces five special edition watches honouring Southeast Asia
Style
Pharrell Williams gets his very own RM52-05 with Richard Mille
Style
Purchase a Roger Dubuis Excalibur and get a Lamborghini winter driving lesson
Style
These watches with sapphire crystal cases leave nothing to the imagination
Shatricia Nair
Deputy Editor
Shatricia Nair is a motoring, watches, and wellness writer who is perpetually knee-deep in the world of V8s, tourbillons, and the latest fitness trends. She is fuelled by peanut butter and three cups of coffee a day.
Motoring Wellness Watches

Wrist Watch: Classy timepieces to celebrate the fearless woman in you

These are the Rolex timepieces inspired by famous expeditions