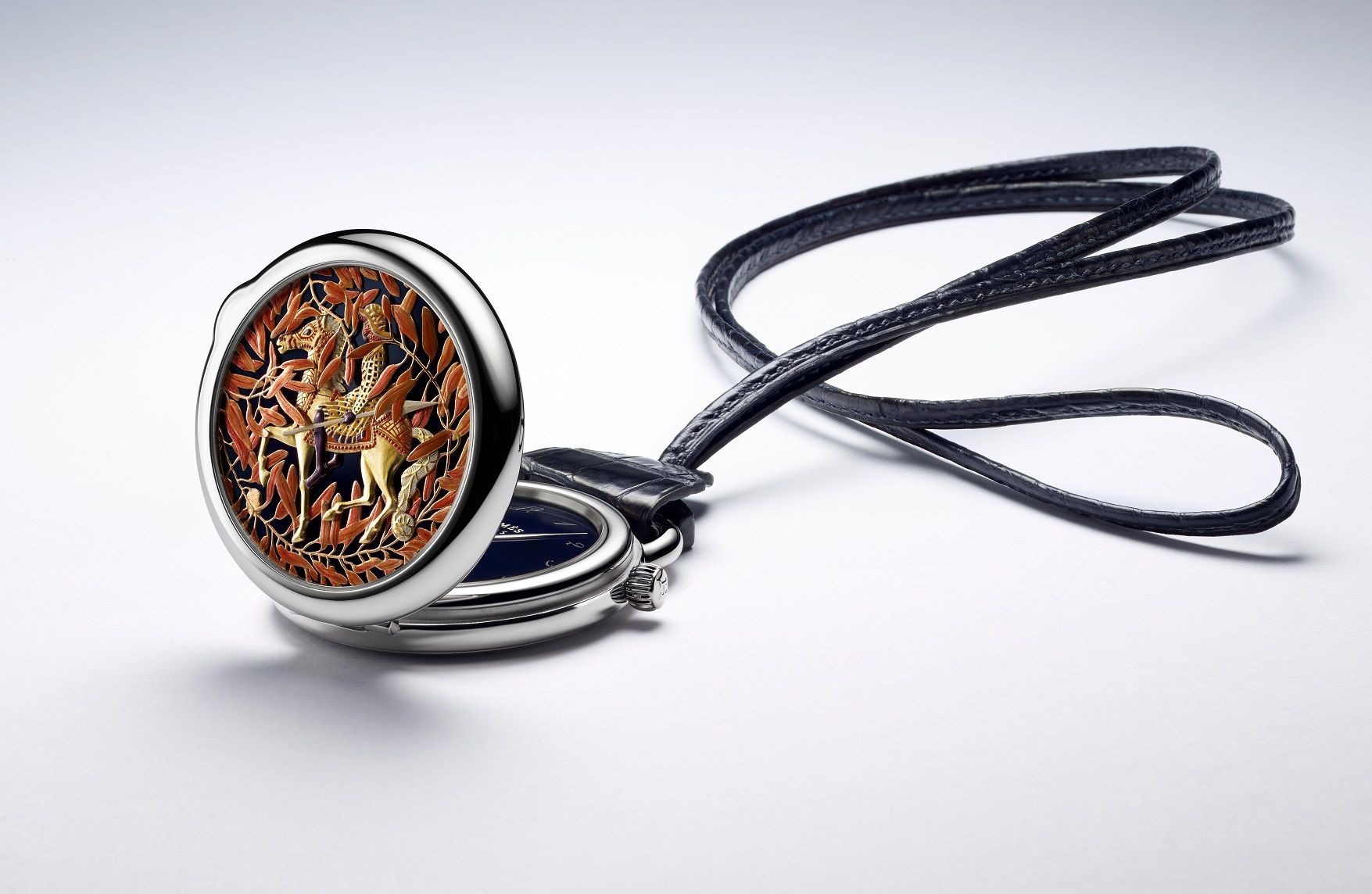 Nature is the source of the world’s greatest wonders and an endless source of inspiration that sets an artist’s creativity alight. In the case of Hermès, whose theme of the year expresses “Nature at Full Gallop”, it’s the beauty of this planet that inspired their latest timepiece Arceau Pocket La Promenade de Platon collection.

The three watches in this collection feature Annie Faivre’s tableaus on their hinged cases, which depict the rustic scenes of the philosopher and the powerful horses galloping through the gardens covered in autumn leaves.

We can’t stop admiring the aesthetic combination of enamel miniature painting, micro sculpting and grand feu enamel. Each detail is well crafted, giving this luxurious timepiece an incredibly refined finish. The French fashion house has taken its craftsmanship beyond mainstream watchmaking perception through hours of  engraving, hammering, painting and firing. More than a pocket watch, it is armed with a Swiss movement that powers the 50-hour battery reserve, adorned with a lavish alligator cord strap and finished with a see-through mechanism as observed from the transparent back case. The result? A 48-mm white gold based La Promenade de Platon watch, a definition of perfection itself.

The first piece of this collection portrays a dynamic foliage centred by the horse. This masterpiece entails grand feu enamel miniature painting to illustrate the backdrop, followed by the coloured dilution to accentuate the nuances of brown. Its dial also bears a matching brown shade, so as the leather strap.

The second scene has 18k golden rose horses carved on a white gold plate that resembles the spiral grove. This timepiece is featured with the graded shade dial and champaign white gold numerals, creating a perfect harmony with its overall design.

The last edition, which draws a resemblance of the previous two, is a dazzling coloured enamel piece of art. To give it a more defining contrast, artists have to hollow the edges surrounding the horses through fine hammering. And such marvellous visual sensitivity is akin to Hermès’ eminence in pattern designs.