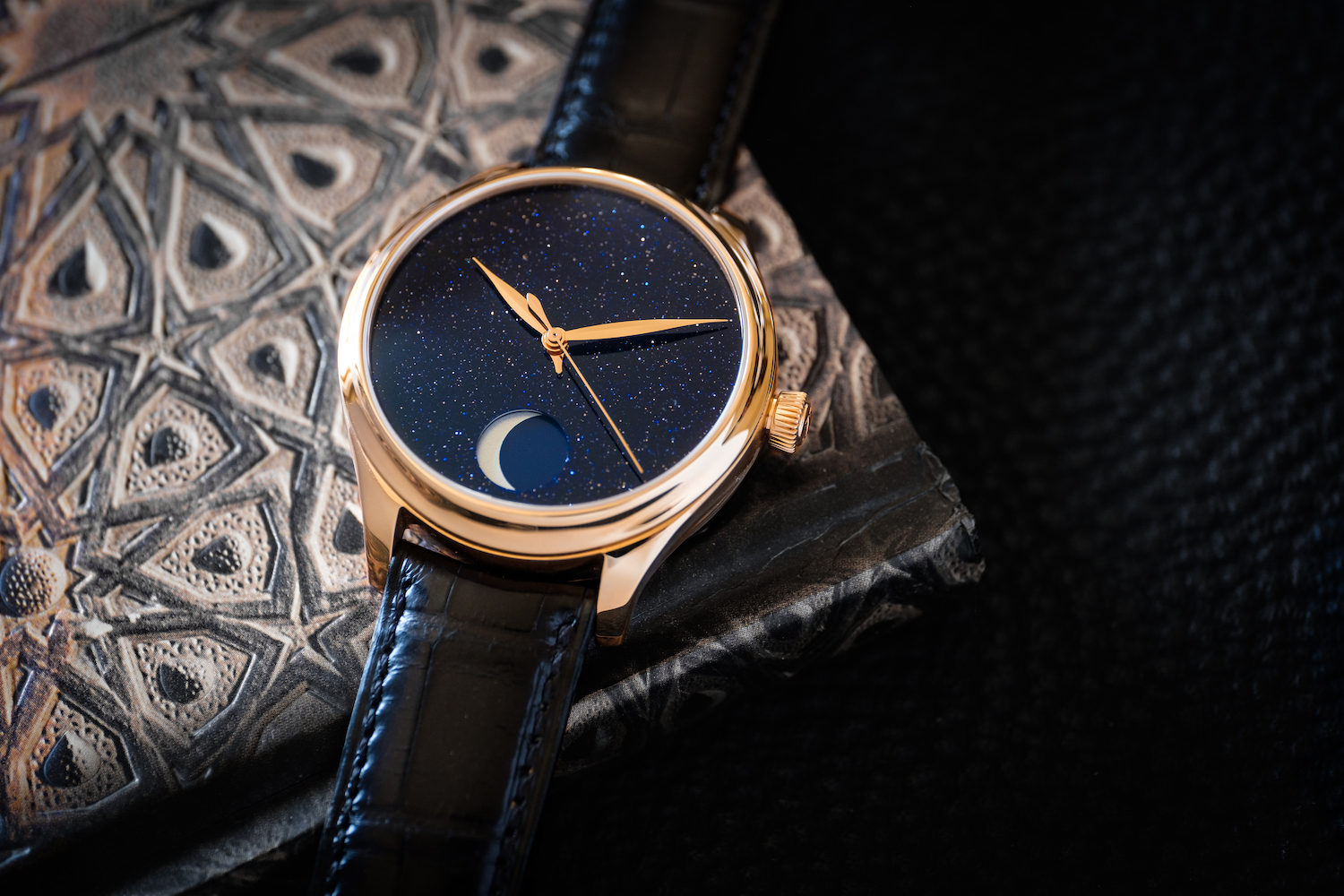 Everyone knows the most prestigious luxury brands in the world need no advertising or branding. Collectors of H. Moser & Cie’s fine watches know a thing or two about conservative luxury. Unusually void of any branding whatsoever — even on its dial — it’s clear the Swiss manufacturer champions high quality and unadulterated beauty instead. These two ideals clearly shine in its latest moon phase watch, the Endeavour Perpetual Moon.

This watch is deceptively simple at first glance. As part of Moser’s Concept collection, it continues the tradition of replacing markers, indexes, and numerals with a statement dial — in this case, aventurine. You’ll recall the same idea was used on the Endeavour Perpetual Moon Concept Vantablack last year, which saw a dial rendered in the world’s darkest artificial substance. The pitch-black dial took the mystery of the moon phase complication to the next level, and it is this same allure that the aventurine model hopes to achieve too.

The natural satellite is rendered with a textured metallic surface and depicted against a blue background in keeping with the colour scheme. The waxing and waning of the moon have always been one of the most poetic occurrences in the sky, and this limited-edition timepiece is a shining example of how the majesty of the cosmos can be so accurately depicted on our wrists, both in theory and beauty.