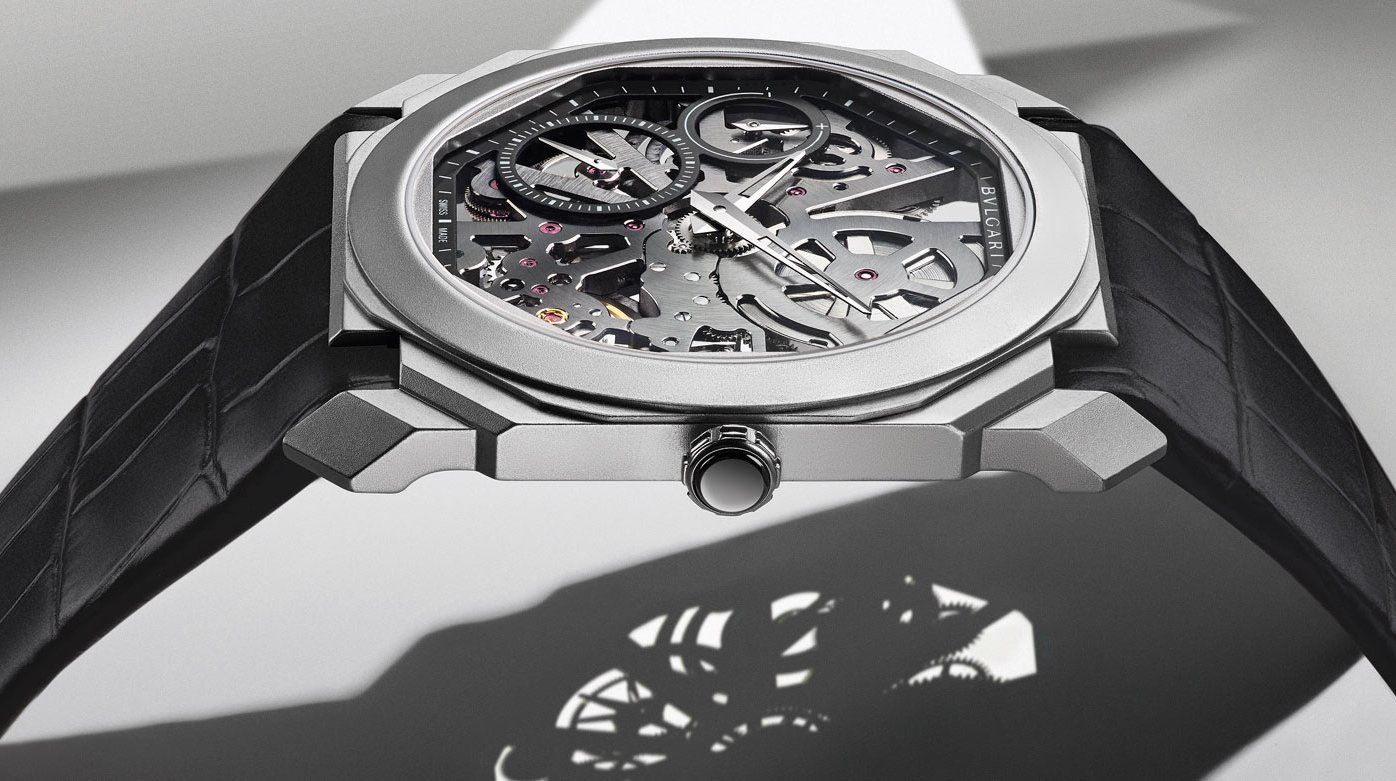 Here are some of 2018’s most complicated watches

But what defines a complicated watch? Very simply put, a complication refers to a feature within a mechanical watch. This ranges from tourbillons to chronographs, moon phases, or even a perpetual calendar; these are the sort of features that get both avid collectors and aficionados excited. Of course, the more complications within a watch, the higher its price tag. When it comes to watches that carry several complications, they are often referred to as grandes complications.

Grandes complications are the highest echelon of watches that collectors yearn for. Due to its limited release, it creates a level of demand that only those with the means can afford. While many of these grande complications provide a certain purpose to the wearer, it’s mostly seen as a status symbol in one’s collection.

Scroll down below to check out some of the most complicated watches of 2018. 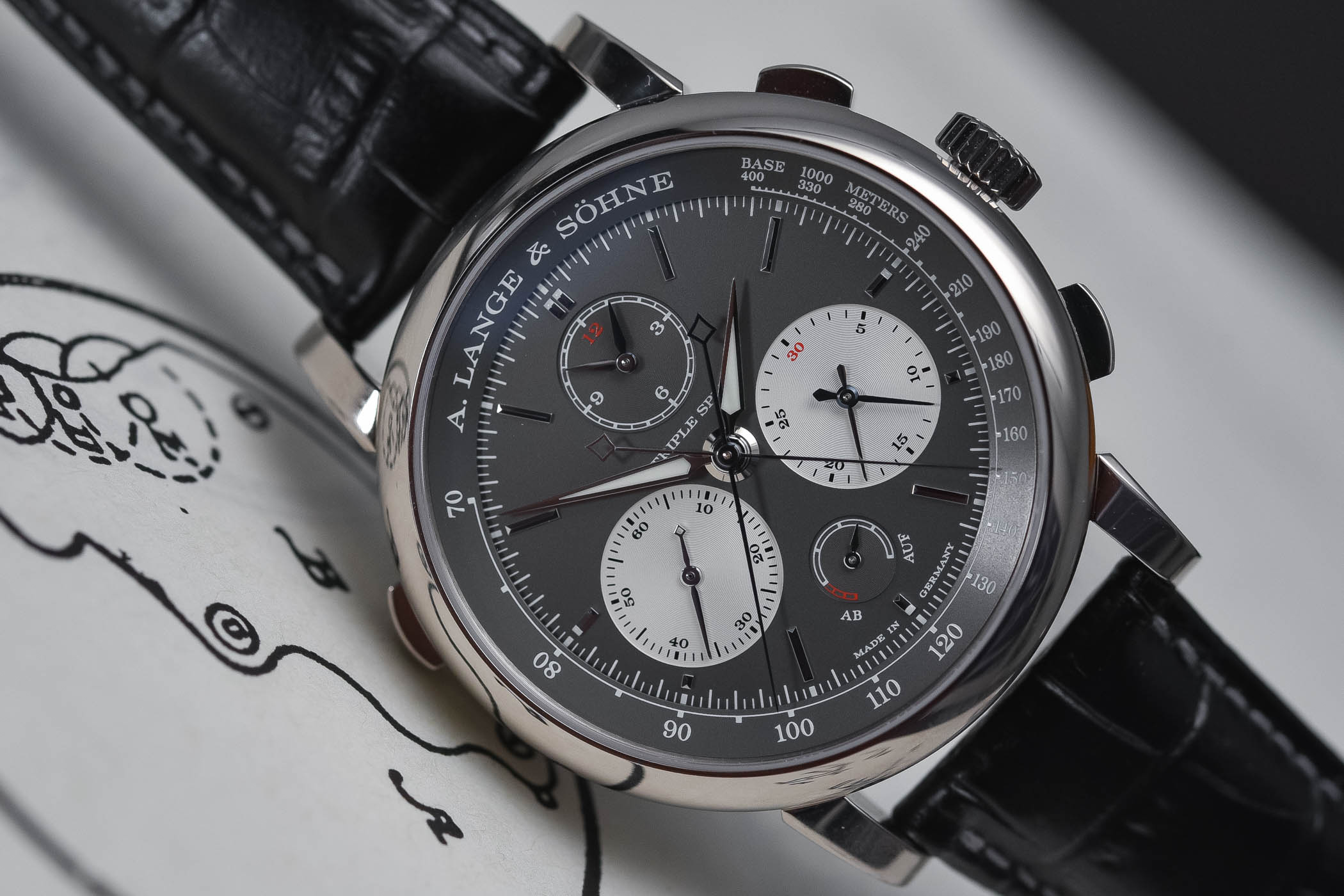 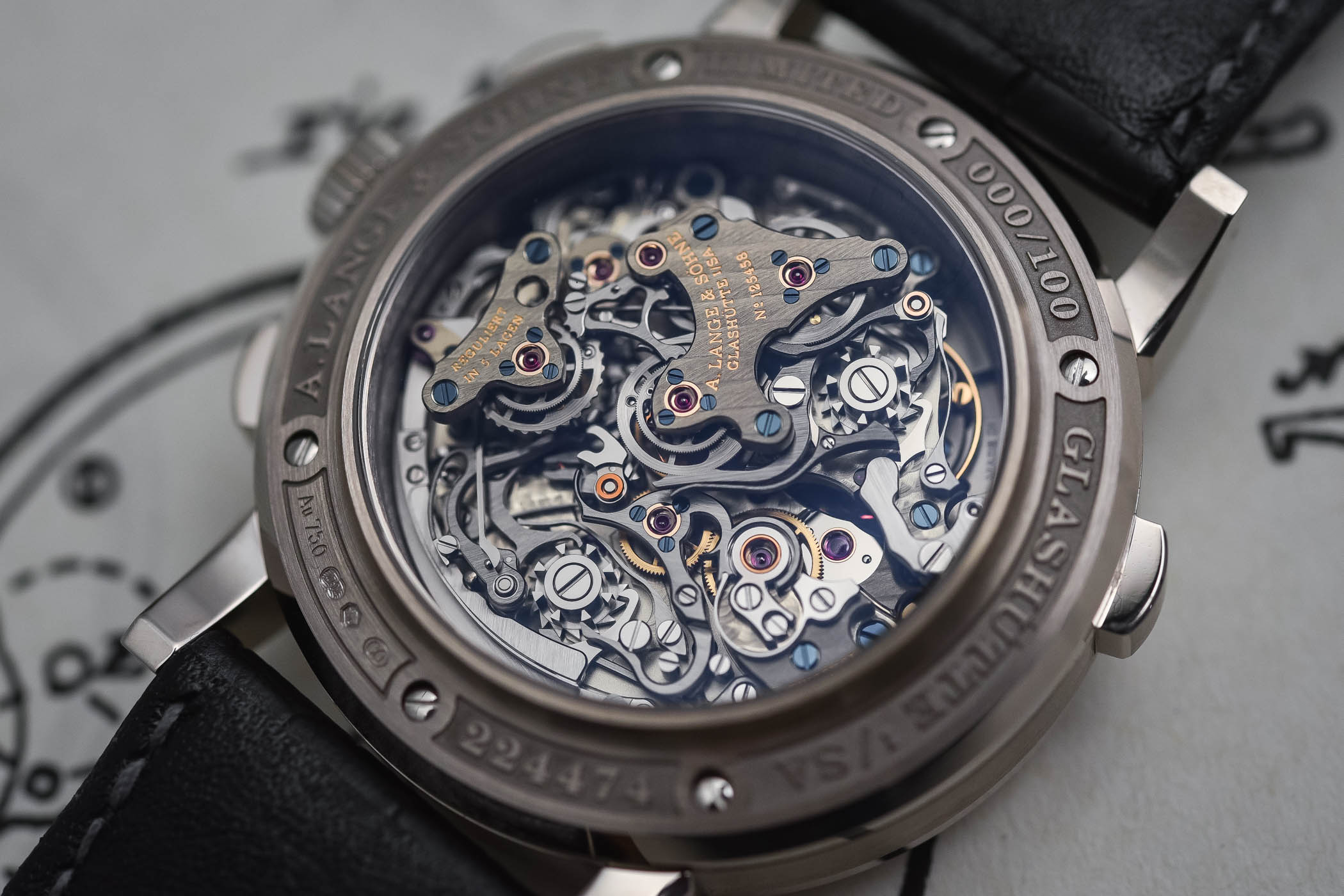 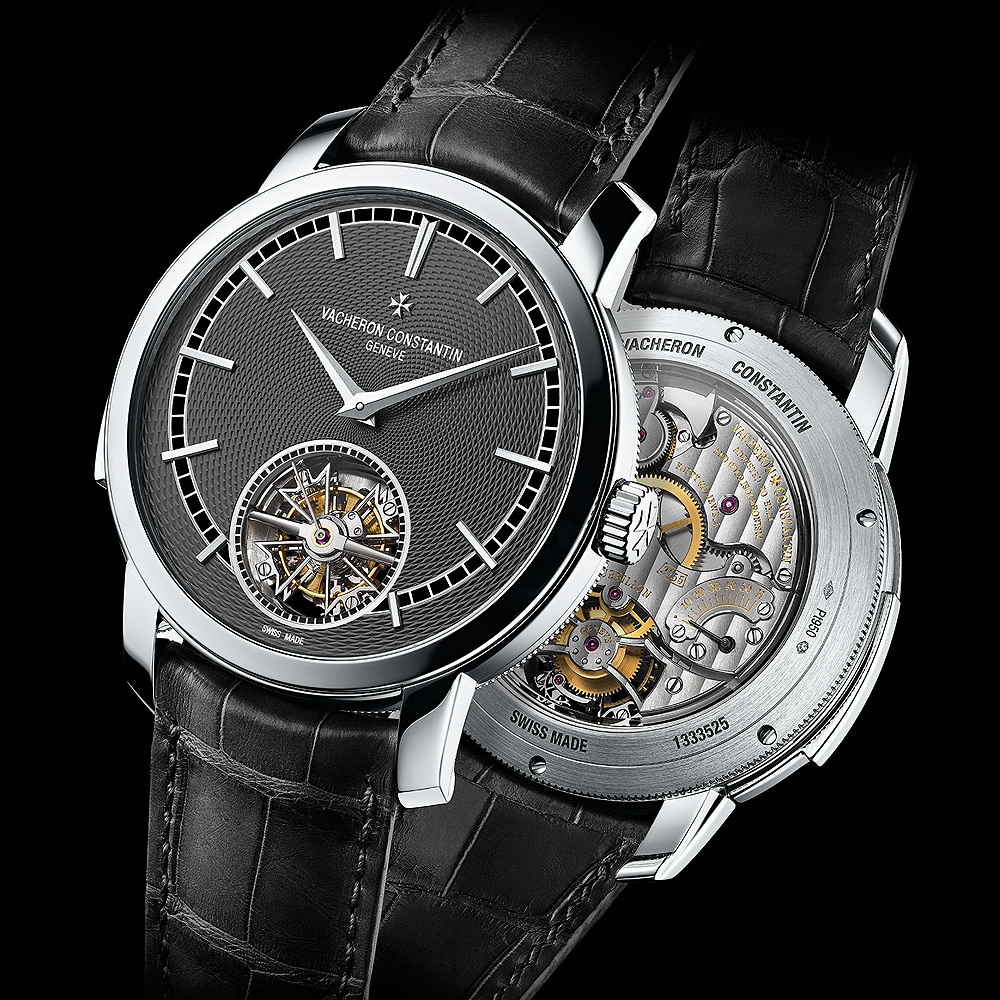 Another watch that made its debut during SIHH 2018 was the Vacheron Constantin Traditionelle Tourbillon, the first-ever automatic tourbillon to come out from the Swiss manufacturer. Powered by the new in-house calibre 2160 movement, the slow-beat automatic tourbillon sits at the 6 o’clock of the watch with an open carriage shaped like a Maltese cross. There are two variations of the Vacheron Constantin Traditionelle Tourbillon – either in pink gold or in platinum. The latter is the more limited edition timepiece at only 25 pieces, making it a must-have for fans and collectors alike. 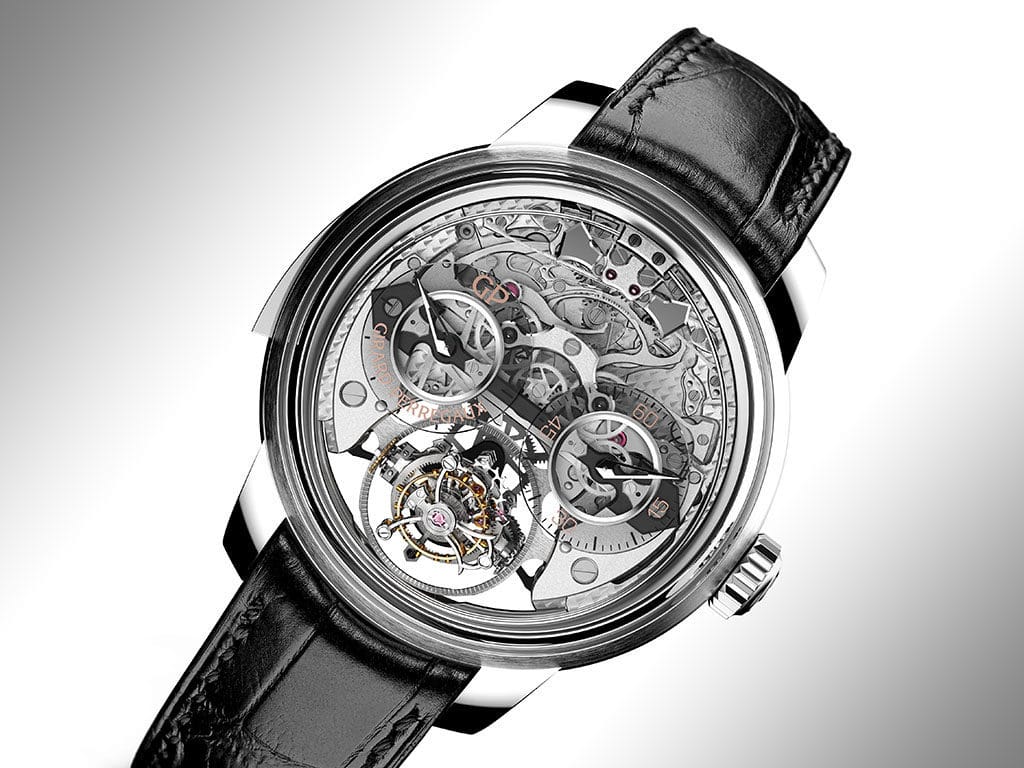 Girard-Perregaux dates all the way back to 1791 — a powerful presence in the watchmaking industry. The Girard-Perregaux Minute Repeater Tri-Axial Tourbillon does just that, revolutionising the aesthetics and technology that go into a grande complication. Being up for contention in the mechanical exception at GPHG 2018, the Minute Repeater Tri-Axial Tourbillon showcases a contemporary design for horological complications with its minute repeater and tourbillon rotating simultaneously around three axes. If that wasn’t enough, all of its complications are housed within a titanium case. 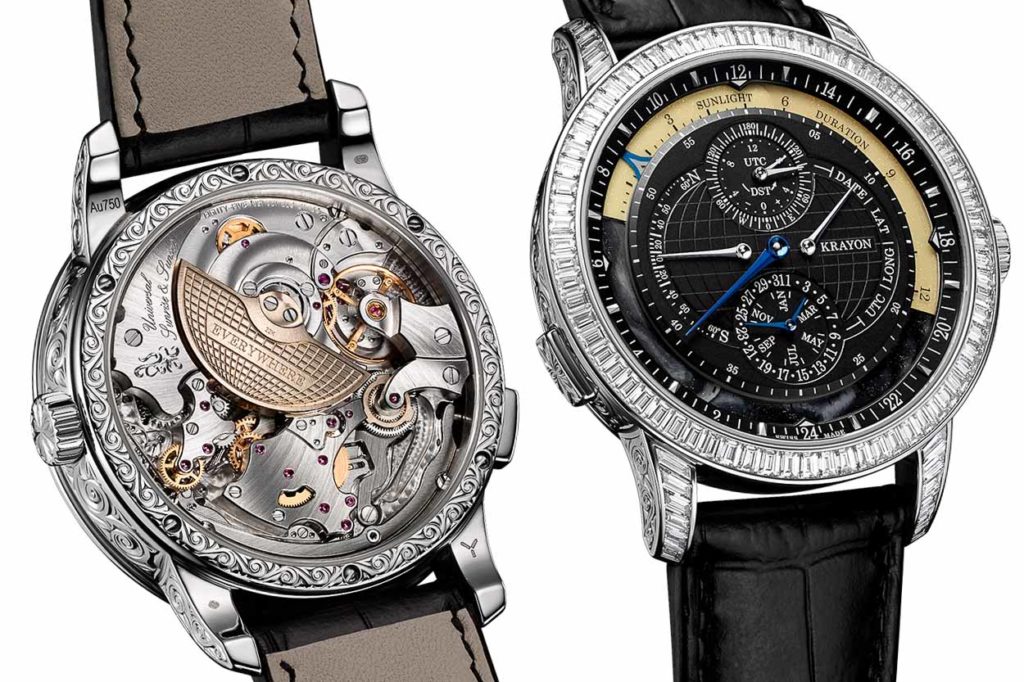 Krayon improves on its first Everywhere watch back in 2017, taking things up a notch with a custom variation known as the Everywhere Horizon.  Aside from being encrusted with diamonds around the bezel, the Everywhere Horizon comes with a unique complication that is unheard of; it’s capable of calculating the sunrise and sunset timings to your specific location, regardless of where you are. By simply inputting the latitude, longitude, date/month, and local UTC time zone, the precise movements of the sun will be shown at the outer dial.

Watches Timepieces Bvlgari Vacheron Constantin A. Lange & Sohne Complicated Watches Girard-Perregaux A. Lange & Söhne Triple Split complex watches complex timepieces complicated timepieces Vacheron Constantin Traditionelle Tourbillon Girard-Perregaux Minute Repeater Tri-Axial Tourbillon Bvlgari Octo Finissimo Tourbillon Automatic krayon everywhere horizon krayon
Wi-Liam Teh
Senior Writer
Wi-Liam is a geek at heart with a penchant for tattoos. Never without a drink in hand (preferably whisky, gin, or Guinness), he is also a writer by day and a keyboard warrior by night. On his day off, he masquerades as a streetwear and sneakerhead enthusiast while his bank account says otherwise.
Tech Cars Watches Entertainment Food Drinks
Sign up for our newsletters to have the latest stories delivered straight to your inbox every week.